REPORT: Could This Be The Birth Of A New Clubhouse? 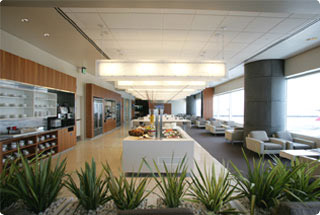 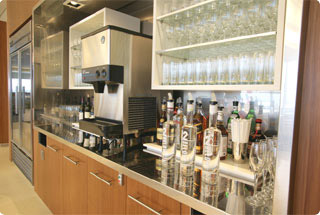 Air New Zealand has recently announced it will leave Terminal 2 at LAX to move to the TBIT terminal to sit with its Star Alliance partners. This is great news for Air New Zealand, allowing them the opportunity to design a brand new, modern lounge in the terminal, that will be used by its Star Alliance partners. But this does leave a natural gap in Terminal 2 of LAX, home to Virgin Atlantic, partner Hawaiian and a few other international airlines.

Whilst Air France has a lounge in Terminal 2, which also looks after sister airline KLM, it has been reviewed online as a bit of a non-entity (although not visited by those at DesignAir) and apart from a pretty basic lounge for Hawaiian, there is a huge gap for an almost 2 daily service from wide-body airline Virgin Atlantic. Which a maximum Upper Class footfall of just over 90 daily, not to take into account the gold card members, there is more advantage for Virgin to build a Clubhouse here than some of its other Clubhouses, such as Jo’burg, Boston or Tokyo, which all only see one daily service. Whilst it has been reported the area will be turned into a ‘large and well equipped work and relaxation space’ there is little news on how or who by.

Being a regular visitor to the LAX Air New Zealand lounge at Terminal 2, along with Virgin Atlantic Clubhouses, the footprint at Terminal 2 is perfect for a new Clubhouse, great views of the apron, large areas that can be sectioned off, along with showers already installed, apart from a bar and hot food offering, the lounge isn’t that far off being a Clubhouse already.

Whilst Virgin America has taken over Terminal 3 at LAX, there is a small point of conflict here. Neither airline taking advantage of using each others terminal for mutual benefit. Now that Hawaiian is the only partner airline at Terminal 2 for Virgin Atlantic there might be a bit of a shift around at the terminals.

That said, Virgin will be eager to improve the product offering at their West Coast destinations, considering LAX acts as a secondary hub to Virgin America. So whether both airlines decide to shift to one terminal or not, this force of hand for Virgin Atlantic, who have invested heavily into their Upper Class period this year, may well end in there being a new Clubhouse on offer in LA soon.

One thought on “REPORT: Could This Be The Birth Of A New Clubhouse?”