The Growing Divide In Premium And Low Cost Brands, And Those Stuck In The Middle.

The rise of the low cost brand a decade ago challenged the legacy carriers to reconsider their business model. Passengers were able to pick between the privileges of a packet of nuts, or a bare bones charge-through-the-teeth model where even you seat choice was a privilege.

However, through the natural evolution of business, the clear lines between over-priced legacy and bolt-on low cost have been blurred, with low cost slowly rising their base costs, hungry for profit, while legacy carriers have stripped back their product to be competitive with their low cost rivals. But has this left the passenger better or worse off?

Aimed at the most lucrative, but the harder to reach segment, the battle is on in the premium class race to win over the business and first class passenger. Etihad in the past few years have raised the bar far above the Singapore flag carrier Singapore Airlines that used to proudly tout the flag of the “Best Airline in the World” Now passengers willing to pay a reasonable fare are entitled to on-board lounges, showers, passenger space never seen before on a plane, and luxuries such as chauffeur driven limousines and spas in the lounge.

The war has never been stronger, and while led by middle eastern carriers, most carrier s have joined the fight to win over the custom of the product hungry, budget spending business and first class passenger.

Philippine Airlines recently announced their plans to become a five star airline, and Vietnam Airlines are already underway, achieving a ‘prestigious’ 4-star rating from SkyTrax to try and appeal to business class passengers, luring them with what seems affordable business class fares between Asia and Europe. Passengers on these flights are now treated to fully flat business class seats but yet to experience the ground product that their 5-star rivals can offer.

China Airlines have taken the war one step further, offering a comprehensive “Quantum Leap” program taking both inflight product and ground service offering to unparalleled levels, making a once easy decision to take EVA to Taiwan and beyond, a more complicated frequent-flier-miles based decision. 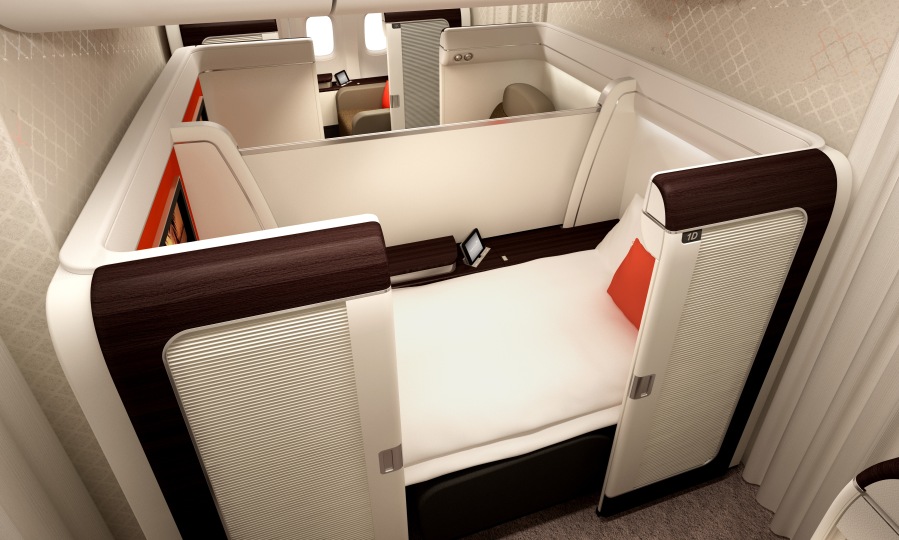 Singapore Airlines, hasn’t been shy of competition, and has realised early on, that the fight for the front of the plane would soon effect their passenger loads. The carrier recently introduced both new business and first class seats on their 777-300er’s in preparation for other nearby competitors’ planned upgrades, such as Cathay Pacific, China Airlines and Garuda Indonesia.

However, its not just the front of the plane that is attracting the attention of the financial departments of airlines. Low cost carriers are seeing the financial benefits in targeting the masses, who book with cost in mind, rather than product. While carriers such as EasyJet, Norwegian and JetBlue are seeing the benefits in offering a somewhat preferential treatment to passengers willing to pay a small increase in fare for additional services, other carriers such as Southwest and Ryanair are seeing the benefits in offering bare-bones fares and promote their marketing off the real cost of the fares they offer.

It isn’t just Europe and North America that are seeing the benefits, recently VietJet placed a three figure order to increase their fleet. However, it seems these cost conscious airlines are more susceptible to  the recessions of countries. Airline GOL in Brazil is currently fighting hard to remain operational, as the passengers who fly with the county’s low cost carrier are less inclined to spend their Reals on a ticket for a holiday.

Cebu Pacific in the Philippines offer one of the densest A330 configurations, celebrating the ‘pack-em-in-and-charge-them-nothing’ philosophies, and for a relatively weak economy, this concept is paying dividends, and the carrier is already seeing high load factors on their long-haul international routes.

Meanwhile, back in Europe, Wow Air has copied Icelandair’s model of one-stop connections between the US and Europe, but offering them at highly reduced fares. Meaning passengers who are searching for price-savvy flights, can now find affordable fares between multiple city pairs.

Norwegian, with their ingenious 787 order, have managed to coin the more unusual city pairs with direct flights, offering a mix of premium economy and economy products, with passengers looking for a smarter, more comfortable middle-ground solution to crossing the Atlantic. 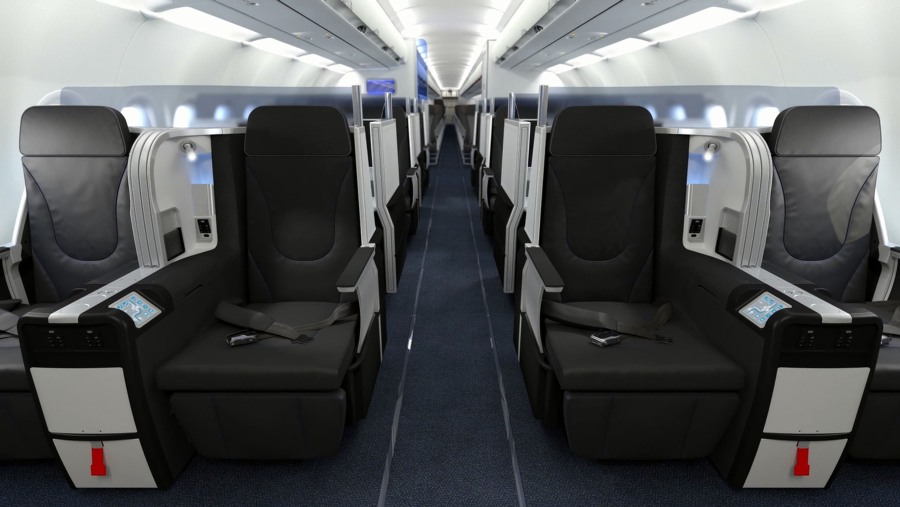 In continental US, passengers are also able to enjoy the middle ground, and while Virgin America is looking at its last chapter of flying, JetBlue has weathered the storm and has found the sweet spot between low cost and passenger experience, with Mint being their branding halo that has attracted new passengers who are looking for a low-cost premium product.

But not everything is clear cut. Some airlines, both low cost and premium, have had to uncomfortably reposition themselves. Ryanair, with their low-cost brash attitude saw massive increases in profits by showing their softer side, reducing check in fees, offering allocated seating, and increasing cabin baggage allowance.

Meanwhile, legacy carriers like British Airways, with new CEO Alex Cruz, ex Vueling, are seeing a dilution of their brand ethos to increase profitability. This comes after BA posted record profits, and yet still saw it as a beneficial business proposition to reduce the catering offering on long haul flights, matching the current experience found on the lesser sister carrier Iberia.

But what does this mean for the passenger. There seem to be three distinct trains of thought. One is that premium carriers, such as Etihad, Cathay or Singapore Airlines are fighting hard to increase their premium proposition for the lucrative business class passenger. Second is that low cost carriers, are now offering more for their passengers, without sacrificing profitability, yet carriers stuck in the middle of the price war, are having to pick sides, and while carriers like Vietnam Airlines and Philippines Airlines are opting to chase the lucrative front-of-the-plane passenger, airlines that were predominantly premium to start with like British Airways, seem to be struggling to pick sides.

It seems now that picking a flight by price alone could make a huge difference between a pleasurable flight, and one that you end up paying for with either comfort or price.