Bangkok’s Suvarnabhumi Airport Features A New ‘Forest’ Terminal. But Selecting A Winner Was No Walk In The Park

Bangkok Airport (Airports of Thailand) has announced that they have selected DBALP, the architecture firm led by Duangrit Bunnag, to design a brand new major terminal that will be capable of handling up to 30 million passengers a year. 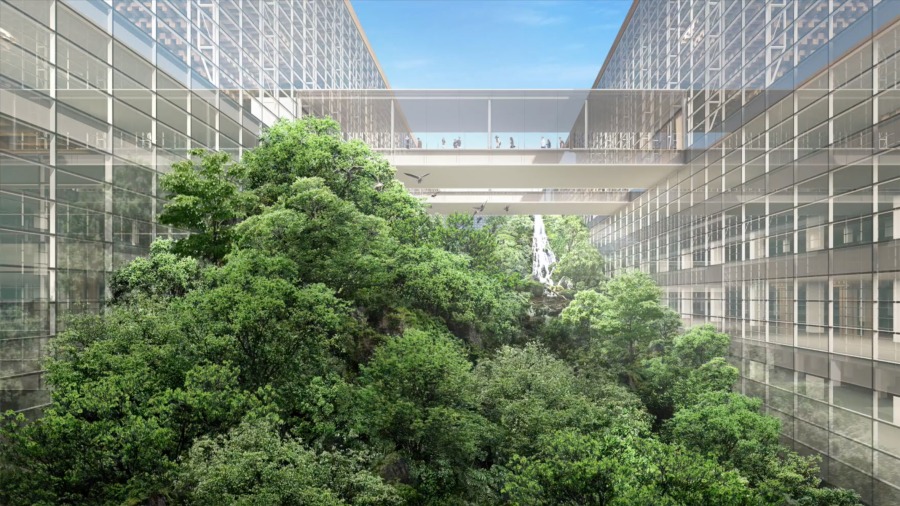 The terminal is certainly going to be iconic. It features a geometric forest created by interconnected and overlapping wooden beams. This vast wooden structure, has caused a bit of controversy due to the similarity in design to Kengo Kuma’s Yusuhara Wooden Bridge Museum. This is after yet another controversy that came to light through the tendering process whereby a competing architecture consortium was disqualified for not supplying a quote form, although the firm have been quoted stating they never received the aforementioned document.

Remarkably, the DBALP terminal covering 348,000 square metres, would take roughly 30 months to complete, with a rapid entry in to service sometime in 2021 or 2022 (should the contract be fully awarded and signed).

We personally love the design, it is innovative, evocative of Thailand’s flora and fauna and will act as a truly spectacular arrival in to (or departure from) the country. We hope that the design receives the green light to go ahead, but in the meantime, we have a strong hankering for a game of Jenga.