Even Gandalf Has Taken To The Skies This Week

Weighing in at one tonne each with a wingspan of 15 metres, they have been developed by Weta Workshop (the same team that worked on the film franchise and developed the new livery for Air New Zealand) and Wellington Airport to accompany Gollum in welcoming visitors to the Wellington region and New Zealand. The creation, like the previous, has been designed and facilitated by Weta Workshop’s creative lead Richard Taylor and Workshop Supervisor Rob Gillies to create yet another unforgettable experience into Wellington Airport. (Check out the video below!)

“We are delighted to work with Weta to produce another magnificent sculpture welcoming visitors into Wellington. We’re proud to show our support for the movies – they have done a lot for New Zealand tourism. With Gollum being viewed around the globe and tourists still talking photos of him, we expect Gandalf and the Eagles will make quite a stir,” said Steve Sanderson, Wellington Airport’s Chief Executive.

Art directed by Richard Taylor and Rob Gillies, the sculptures were 3D modelled into the airport display space by Jamin Vollebregt. It was then realised by a team of Weta Workshop 3D modellers, sculptors, model makers, painters, engineers and other specialists using a variety of large-sculpture technologies developed in-house at Weta Workshop.

“We head into an exciting week leading up to the release of the film including the Charity Gala Premiere on December 9 at the Embassy Theatre with all proceeds going to the Island Bay Marine Education Centre,” said Mr Sanderson. 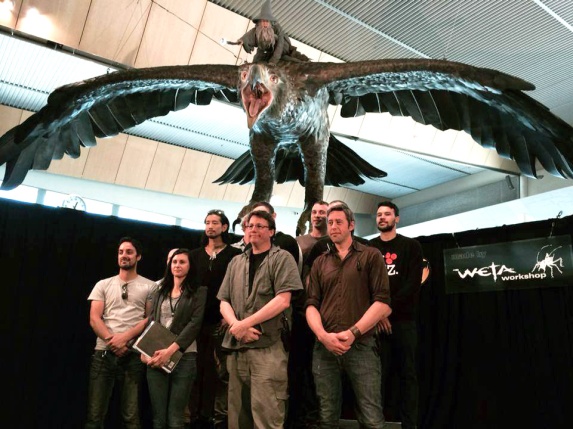 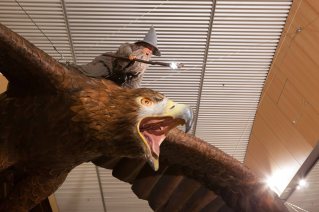 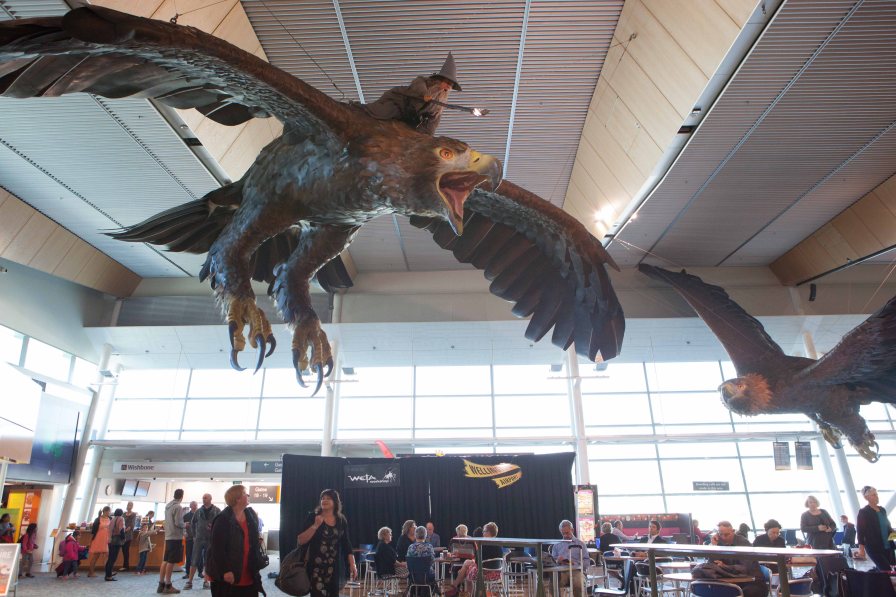 Weta molded and cast 1,000 feathers for the two eagles
The longest of the feathers measure 2.4 metres
The wingspan of each bird is 15 metres
The whole installation weighs in at just under 2 tonnes
Each eagle is suspended from the roof in the Main Terminal Building by 8 cables.