R2D2 Gets Some Friends Courtesy of ANA 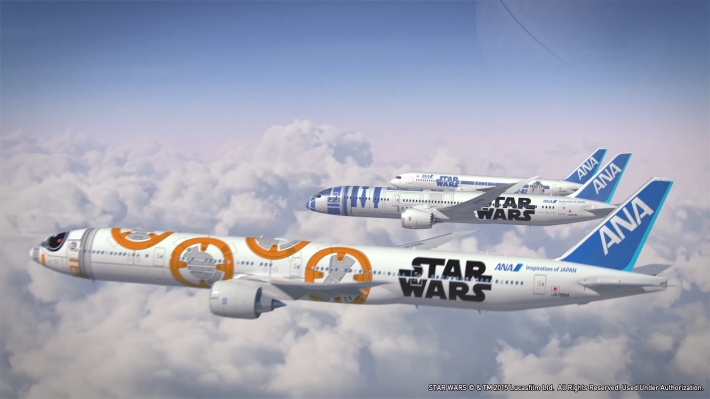 “My parts are showing? Oh, my goodness.” Excellent news Jedis. Japan’s largest airline ANA announced that two more of its planes will be decorated with Star Wars characters as part of an agreement with The Walt Disney Company (Japan) Ltd. BB-8, a brand new character from Star Wars: The Force Awakens scheduled for theatrical release in December 2015, will be displayed on the livery of the BB-8 ANA Jet, a Boeing 777-300ER. ANA also announced the Star Wars™ ANA Jet, which will showcase both BB-8 and R2-D2 on the outside of a Boeing 767-300. These Star Wars themed planes will join the previously announced R2-D2 ANA Jet, a Boeing 787-9 Dreamliner.

The good news is that everyone will be able to experience these new jets that will travel around the world flying both international and domestic routes. On October 18, the R2-D2™ ANA Jet is scheduled to go into service on international routes, initially as flight NH116 between Tokyo and Vancouver, and then fly between Japan and other cities in ANA’s robust international network including Seattle, San Jose, Munich, Paris, Brussels, Sydney, Beijing and Jakarta. 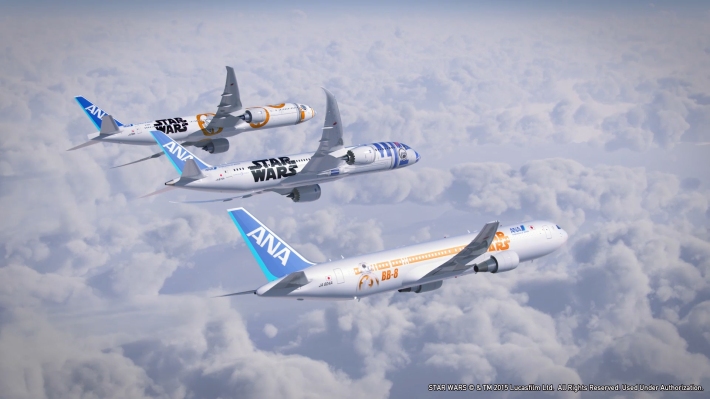 The airline has really celebrated their relationship with Star Wars, creating their own microsite www.ana-sw.com, which will include the flight schedules of all three Boeing jets. We will be checking this regularly to see if we can fly on our own piece of the Star Wars universe.

Speaking on the launch, Osamu Shinobe, President and CEO of ANA said “We’re thrilled to unveil the designs of our new Star Wars themed planes, and I’m sure fans across the world will love the look. At ANA we pride ourselves on offering the best possible flight experience, from the ANA Star Wars Project and our extensive in-flight entertainment options, to our peerless, award-winning in-flight service, dining options created by Michelin-starred chefs and wines chosen by our discerning sommeliers. We look forward to providing our passengers with an engaging in-flight experience as they travel our planet.” 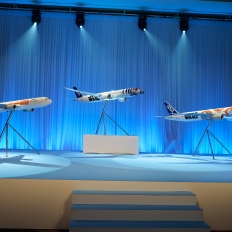 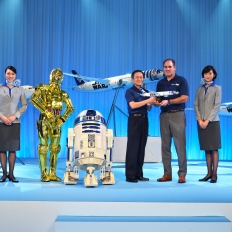 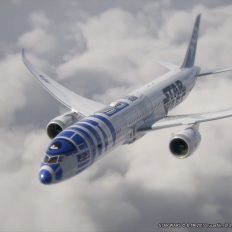 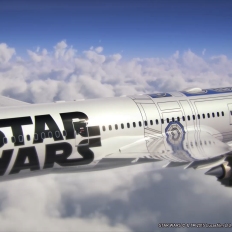 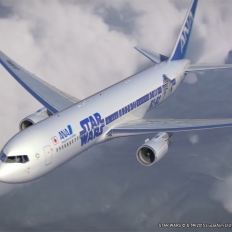 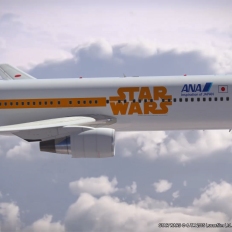 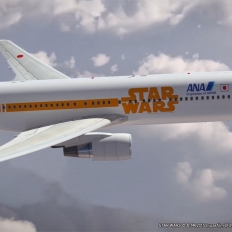 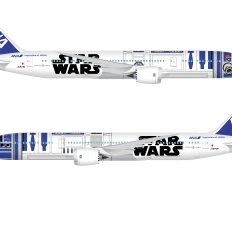 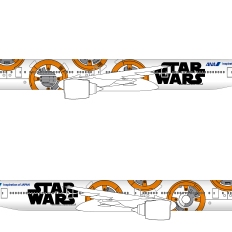