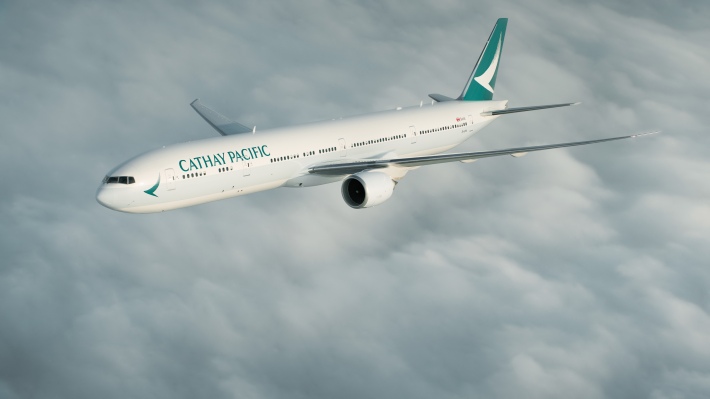 Cathay Pacific today revealed their long awaited livery, which features a few simple changes to radically change their aircraft’s appearance. Designed in collaboration with design firm Eight Partnership, this new look new livery will be progressively introduced onto all the aircraft in its fleet. The livery was showcased on one of the airline’s Boeing 777-300ER aircraft at a special event held at Hong Kong International Airport. 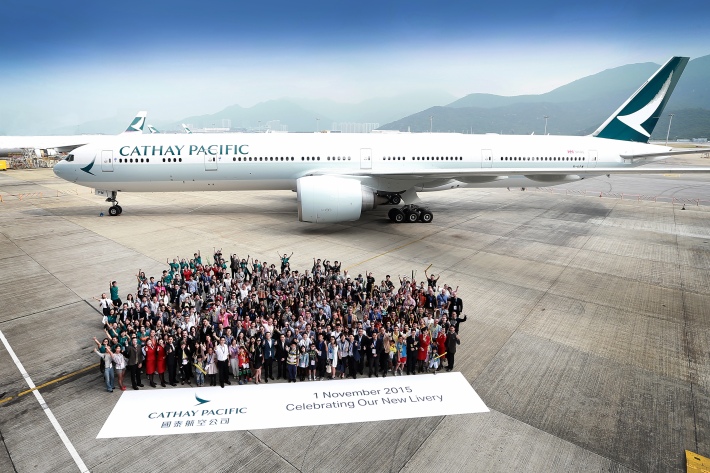 Cathay Pacific Chief Executive Ivan Chu said: “Today represents the beginning of a new era for Cathay Pacific. We are very happy and proud to unveil our new aircraft livery which represents our journey into the future and also celebrates the many great things we have achieved over the past seven decades as the home carrier of Hong Kong.” Mr Chu said that the new livery is a continuation of the work that began last year to refresh Cathay Pacific’s brand identity.

“The livery is a vital part of our brand image – a symbol of the company’s values displayed on our most important physical asset. The livery represents Cathay Pacific in and out of Hong Kong and every time our aircraft take off or touch down in our network of destinations around the world,” he said. 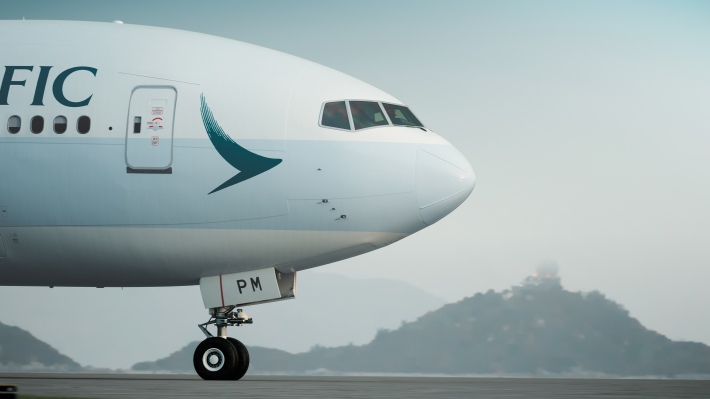 The update to the livery is part of a series of ongoing improvements to Cathay Pacific’s customer experience. These include not only the new livery, but also the website and mobile app, as well as major enhancements to the airline’s airport lounges in Hong Kong, Tokyo, Manila, Bangkok and beyond.

Iain Richardson, Creative Director at Eight Partnership explains “The ongoing improvements to the Cathay customer experience have established a clear sense of the design philosophy that represents the brand. As a key part of that exercise, the livery was redesigned to be consistent and also represent a more unified design approach.”

The new Airbus A350 series will be the first fleet to launch with the new livery. However, the airline’s existing fleet will be repainted with the new livery as aircraft go through their normal maintenance schedule over the next five years, with some 150 aircraft getting the new look in total. Taking six months from inception to roll-out, the creative process included a wide-ranging exploration of different designs, experimenting with different colours and effects, as well as consulting on the implementation challenges with the engineering team.

The new livery comprises three key design elements: the incorporation of the updated and streamlined brushing, first introduced in 1994 and updated in October 2014; a simplification of the colour palette to Cathay Pacific green, grey and white; and a more prominent display of the Cathay Pacific name and brushwing. These updates are most evident on three areas of the aircraft: the nose, the fuselage and the tail. 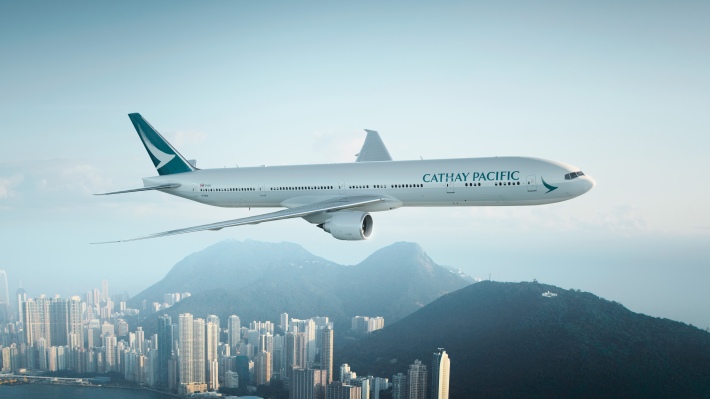 The new livery design may feel like a basic change to an already iconic livery, but the changes bring together new brand elements that sit perfectly, reflecting the new image of the carrier launched last year. At the nose, the iconic ‘brushwing’ has been increased in size and freed from the green band that used to surround the nose. The Cathay Pacific name, or ‘wordmark’, now sits above the windows. Matching the new logo the letters are now all uppercase, so that the wordmark is more prominent. These changes make the aircraft easily identifiable as Cathay Pacific from the front. The biggest change is in the tail, which now displays a brushwing against an all-green tail, removing the red key-line. This is the same green as on the previous livery, but now a colour gradient runs along the back edge of the tail, subtly deepening the tone of the green background in that area. Additionally, the brushwing appears ‘clipped’ at the back of the tail. This allows us to keep the brushwing prominent on differing tail proportions, for all types of aircraft. Our take? We actually love the new livery. Whilst it may be pretty much what we were expecting to see (pairing back the unnecessary livery items – such as red key line and bar of green on the nose) we would expect a similar design. This design is actually a very elegant adaptation of the previous livery, appearing timeless and elegant – it also will sit with the current livery design, so as not to create too jarring a consistency with the fleet as it undergoes a repaint over the next 5 years. We love the grey band that runs along the fuselage, especially how it is raised, and offers a white belly, which creates a smart, well balanced colour scheme.

We cannot wait to see it rolled out over the upcoming years.