A Game Of Spot The Difference. Boeing Rolls Out New 737 Max 8 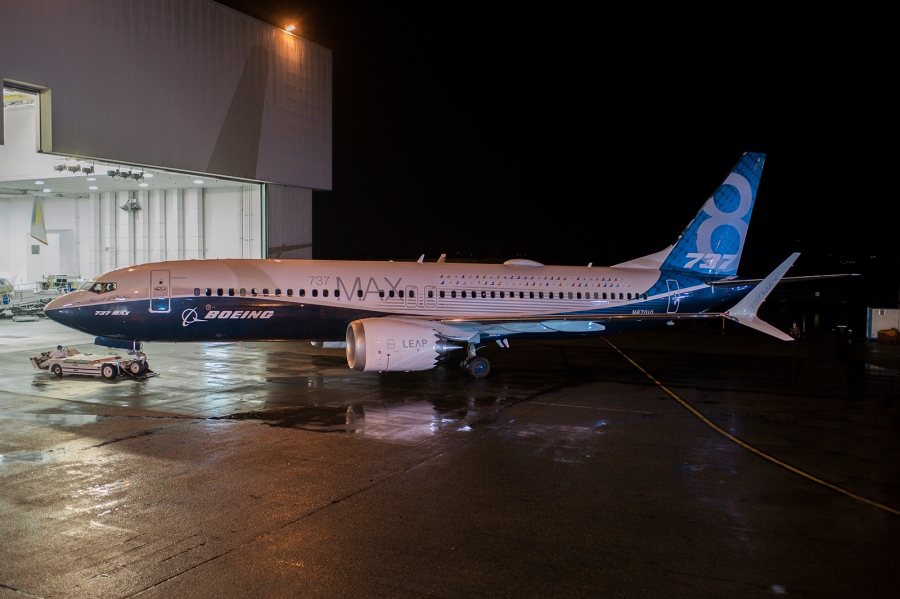 Even to a seasoned 737-800 Senior First Officer who has done their countless number of walk-arounds, the game of spot the difference is still mighty hard with the 737 MAX 8 which was rolled out today (December 8th) in Renton, Washingston State, USA. If you click on the image above, you’ll notice the variety of tail fins of airlines that have already placed orders for the familiar looking jet, but why? Beauty isn’t just skin deep.

The one or two standout features on the outside, the split scimitar winglets and 787 inspired engine nacelles (hiding the new CFM Leap engines) have helped the 737 create 20% fuel savings compared to the first Next-Generation 737’s and 8% fuel savings per seat compared to the A320neo. The rest of the technology happens below the skin and in the brains of the aircraft.

“Today marks another in a long series of milestones that our team has achieved on time, per plan, together,” said Keith Leverkuhn, vice president and general manager, 737 MAX, Boeing Commercial Airplanes. “With the rollout of the new 737 MAX – the first new airplane of Boeing’s second century – our team is upholding an incredible legacy while taking the 737 to the next level of performance.”

The production-complete airplane rolled out of the Renton factory and into the paint hangar on Nov. 30, the precise date determined when the MAX development schedule was defined more than four years ago. Today the freshly painted 737 MAX 8, named the Spirit of Renton, was revealed to employees in a special teal version of the Boeing livery. After celebrations are complete, the airplane will undergo pre-flight preparation in the factory before departing for Renton Field to continue flight test readiness. The airplane is on track for first flight in early 2016.

The 737 MAX incorporates the latest technology CFM International LEAP-1B engines, Boeing-designed Advanced Technology winglets and other improvements to deliver the highest efficiency, reliability and passenger comfort in the single-aisle market. The 737 MAX 8 is the first member in Boeing’s new family of single-aisle airplanes – the 737 MAX 7, MAX 8, MAX 200 and MAX 9 – to begin production. The 737 MAX family has nearly 3,000 orders from 60 customers worldwide. Which will be not only good news to Boeing, but to the millions of passengers that will fly on these latest aircraft.