Grimshaw Picked To Take Heathrow To The Future

Championing British design talent, Heathrow Airport today announced the globally renowned architectural practice, Grimshaw as their concept designers after a rigorous assessment from a shortlist of four of the UK’s top architects which also included Zaha Hadid, HOK and Benoy. 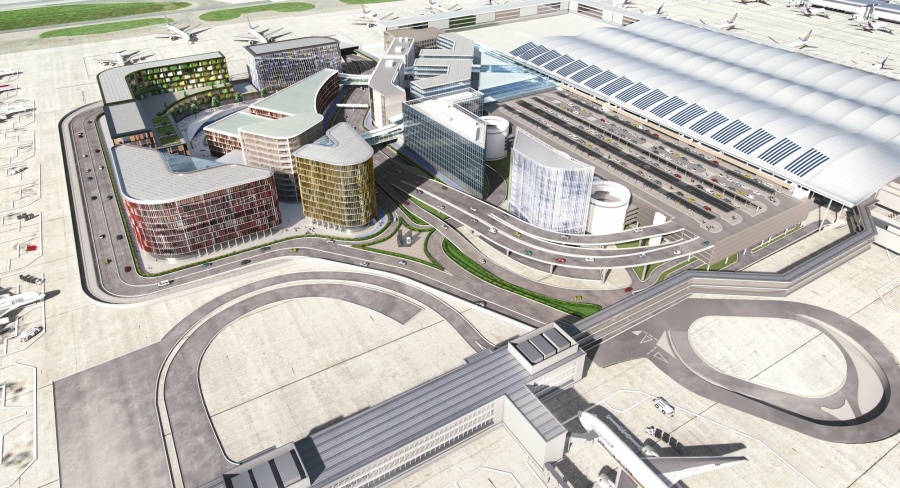 “Grimshaw were successful in the competitive tender process not only for their visionary concept designs, which pushed the boundary of what an airport could and should be, but also for their unique ideas around how Heathrow could be expanded in a sustainable but affordable way,” state the airport’s press office.

Grimshaw brings their experience of working on major transport projects across the world and were recognised as the stand out practice to help Heathrow deliver a world-class sustainable airport that will deliver innovation in passenger service whilst showcasing the best of British design. The architecture firm has already worked on projects such as Istanbul, Incheon and Zurich airports as well as Frankfurt International’s master plan.

This is a strategic appointment, ahead of any decision to expand the airport. Head of Design at Heathrow, Barry Weekes, said: “We look forward to working with Grimshaw to develop their bold ideas so that once the Government approves the Heathrow expansion, we can create a world-class sustainable hub airport which delivers for our passengers, our airlines and also helps to integrate Heathrow with our local communities. With the Concept Architect and Programme Client Partners now in place, we are now ready to begin the process of expansion once the Government makes the right choice for the whole of Britain.”

Partner at Grimshaw, Jolyon Brewis, said, “We are passionate about designing a new future for Heathrow Airport; setting a benchmark for sustainable infrastructure, skilfully integrated with the communities it serves. Heathrow have ambitious plans for the expansion of the airport and we are proud to be selected to help deliver this inspirational vision.”

The firm has taken the best of British design and injected it into a contemporary airport that will feel intuitive, seamless and cutting-edge.

As part of the new vision for Heathrow, Grimshaw have also remodelled the Central Terminal area, which will play host to Terminal 2, as well as a rail, tube and bus stations. A new short clip of the terminal area has just been revealed today, as part of a larger video, which will be released in due course.

Partner at Grimshaw, Andrew Thomas, said, “We believe the expansion of Heathrow is vital to maintaining the UK’s place within the global economy and we look forward to developing a design that provides an authentic and uniquely British sense of place. Our concept will deliver an outstanding passenger experience by building upon the airport’s rich history, while also setting a new standard for the future of aviation.”

All the airport designs from each of the architect firms are impressive, and have put London Heathrow on the map. The aged infrastructure of Heathrow was never designed for the passenger figures it is currently experiencing, and each concept has reimagined the infrastructure to create a connected, spacious and dynamic gateway into the UK, befitting to the UK’s ambitions to play a part not only as a gateway, but as a hub to international traffic too. 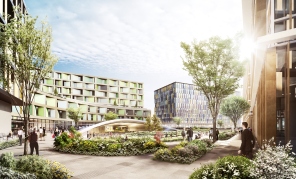 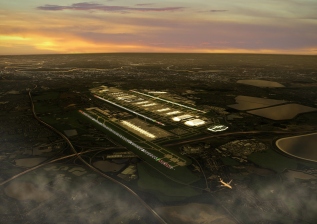 2 replies on “Grimshaw Picked To Take Heathrow To The Future”