C-3PO Will Fly For The First Time Courtesy Of ANA

ANA announced today that it will reveal another new Star Wars themed aircraft to its fleet, adding to its three existing planes that have Star Wars characters as livery.

The latest droid to grow wings is C-3PO, one of the only characters to be featured in every single Star Wars film so far. As part of the airline’s five year deal with The Walt Disney Company (Japan) Ltd, the iconic droid will grace one of the carriers 777 aircraft, which will be deployed on domestic routes from the end of March 2017.

Why Star Wars? Well, actually its because of the Halo effect. ANA is working hard to develop its international brand awareness, and by piggy-backing the global phenomenon of Star Wars, is becoming an international name through association. 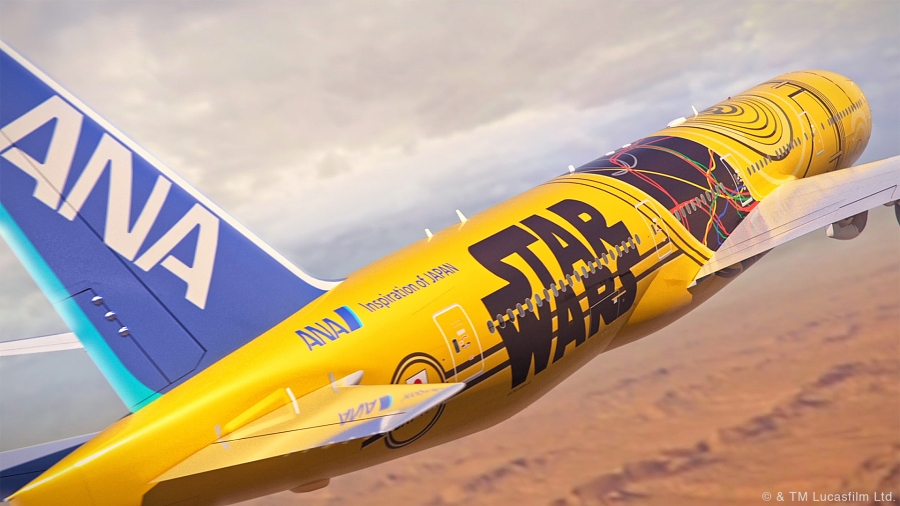 The C-3PO jet is more striking the other aircraft, featuring a full golden fuselage and exposed wiring decal above the wings.

Which is your favourite? We are asking in one of our polls which you believe is the best Star Wars Livery by ANA!