Hawaiian To Introduce 787-9s To Fleet

Hawaiian Airlines announced it will purchase 10 Boeing 787-9 aircraft with purchase rights for an additional 10 aircraft. The first fuel-efficient, lightweight, passenger-friendly “Dreamliner” is scheduled to arrive in the first quarter of 2021. Hawaiian has selected the General Electric GEnx engine to power the additions to its fleet.

“The Dreamliner combines excellent comfort for our guests with fantastic operational performance and will allow us to continue modernizing our fleet into the next decade,” said Hawaiian Airlines President and CEO Peter Ingram. “It has more seating capacity than Hawaiian’s current wide-body fleet, which will allow us to further build upon our successful growth in Asia.”

The aircraft will replace its A330-900 order that it had placed, as part of a competitive bidding process to both grow the fleet and replace existing A330s flying for the carrier. “Hawaiian Airlines has been on an impressive growth trajectory, continuously expanding service between Asia and North America. It’s why we are thrilled they’ve chosen to reach their next horizon with the 787 Dreamliner,” said Boeing Commercial Airplanes President and CEO Kevin McAllister. “The Dreamliner’s advanced technology, unmatched fuel efficiency, and passenger-pleasing cabin will help Hawaiian optimize its fleet for the future and provide their customers with a best-in-class experience.” 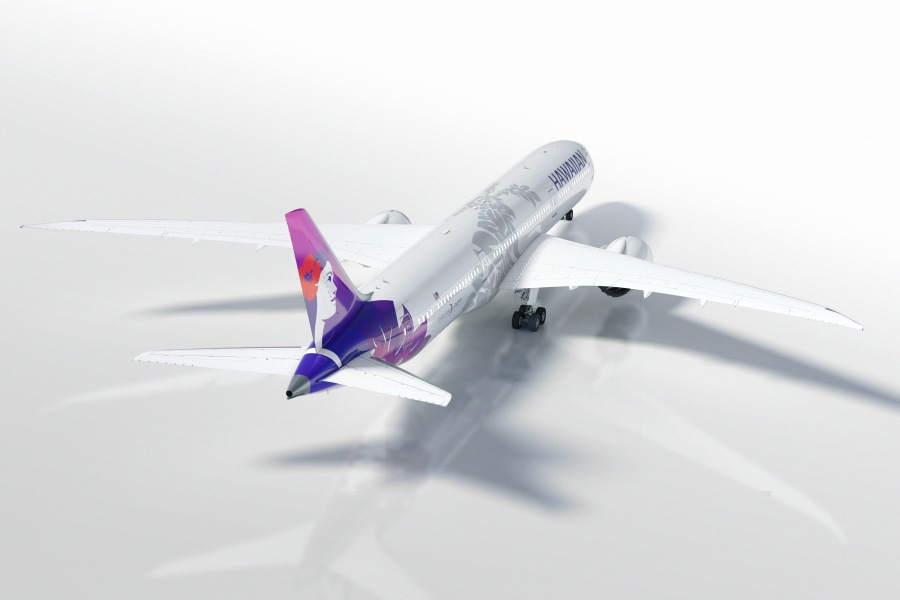 The airline hasn’t currently revealed what seating configuration it will feature, although the airline’s new business class product could be a suitable inclusion, as well as the introduction of a proper Premium Economy cabin, keeping it competitive with other American legacy carriers.

While only renderings, the livery seems to effortlessly fit the 787-9 aircraft slender frame, with perfect proportions. It will be a pleasure to see them grace the skies, flying long-haul routes to Asia-Pacific, North America and potentially new expanded routes currently unserved. With their extended range, it raises the question, where would you like to see Hawaiian flying in 2021.