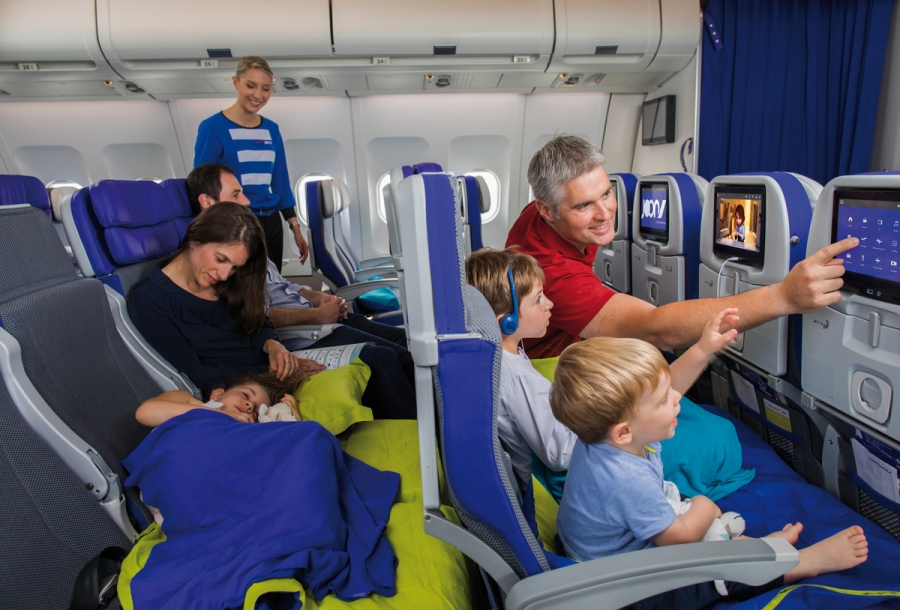 Joon, the millennial airline by Air France has just launched a new hybrid economy product that will be music to young family’s ears. Four rows of the economy cabin will now be fitted with pairs of seats that can be converted in to beds for kids. This is almost the same as the Sky Couch concept found on China Airlines and Air New Zealand. 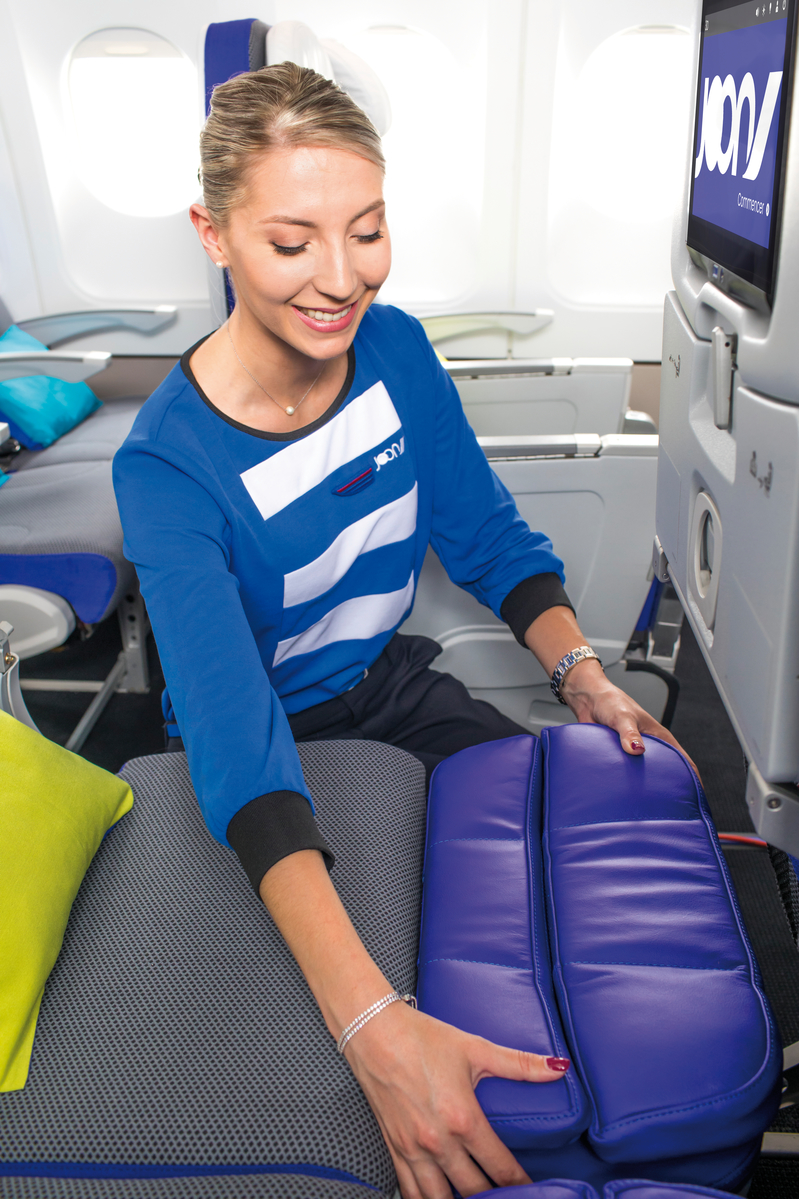 By the simple removal of the headrests on the seat pairs, which can then be attached to the seat pan, the seats turn in to beds perfect for smaller travellers. The surface area extends to approximately 105 x 76 cm on two adjacent seats. An overlay mattress and a seat belt extension is also provided by the crew.

A total of 16 Cosy Joon seats are available on each Joon long-haul flight operated by Airbus A340. Eligible families** can book them up to 55 hours before flight departure in the same way as a standard seat for €20 including VAT per seat from Air France or your travel agent. Cosy Joon is free for Flying Blue Silver, Gold and Platinum members and their families listed on the same booking file. Booking these seats is free of charge when you check in online 30 hours before your departure, subject to available seats. 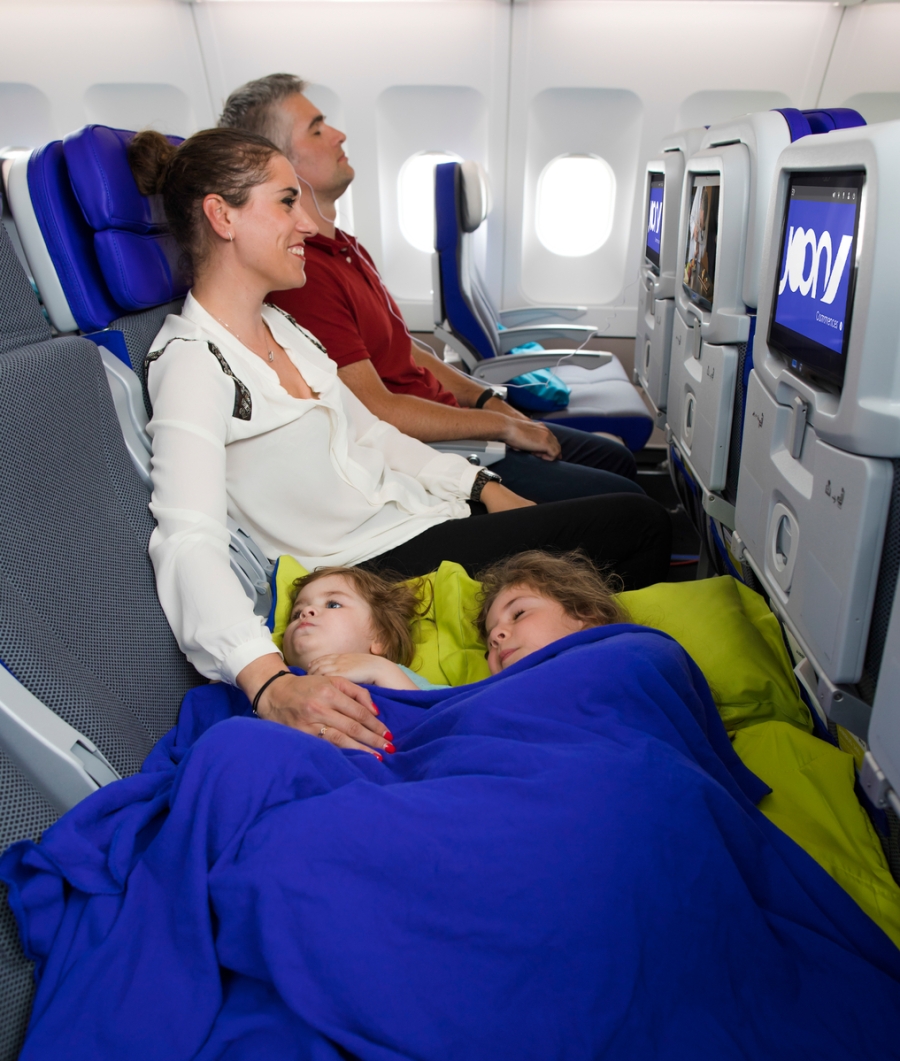 Passengers might also want to avoid row 32, which is a bulkhead row situated just in front of this new section. The advantage is that Cosy Joon will also only be available to families with two children between 2 and 5-6 years old maximum. Cosy Joon is also only for families with one adult and two young children or two adults and two young children. That means these will be some of the last to be allocated in the aircraft. 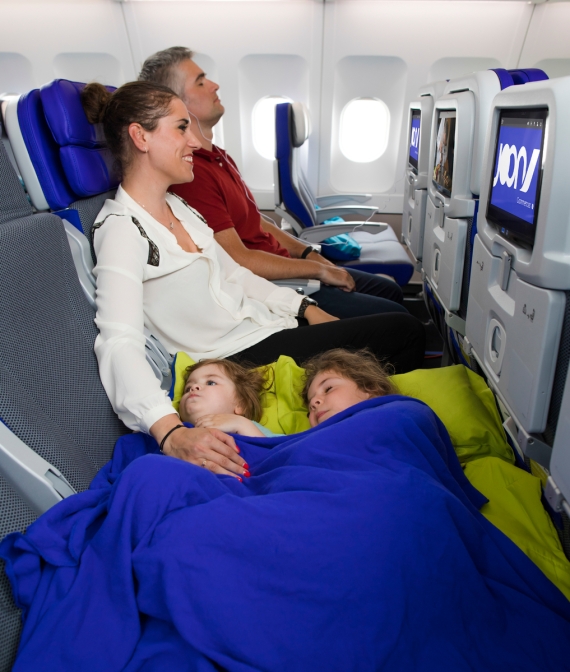 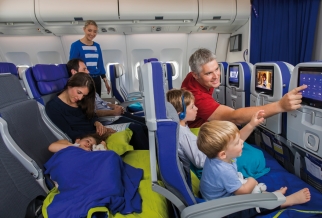