A Bit Of History Returns, PeopleExpress

PEOPLExpress, originally a Newark, New Jersey-based airline, has been under the radar since 1987, when they merged with Continental. For the last 25 years, the name has faded into a memory for most, but back then, they were a market leader, and the first airline in the US to introduce a fee for checking a bag. But today, PEOPLExpress has plans to start flying once again, with an official agreement with TEM Enterprises, the parent company of iconic United States charter airline and former Casino Express Airlines, Xtra Airways. By acquiring total control of the iconic airline, the New Jersey-based company will have the FAA required operating permits for its planned re-launch. 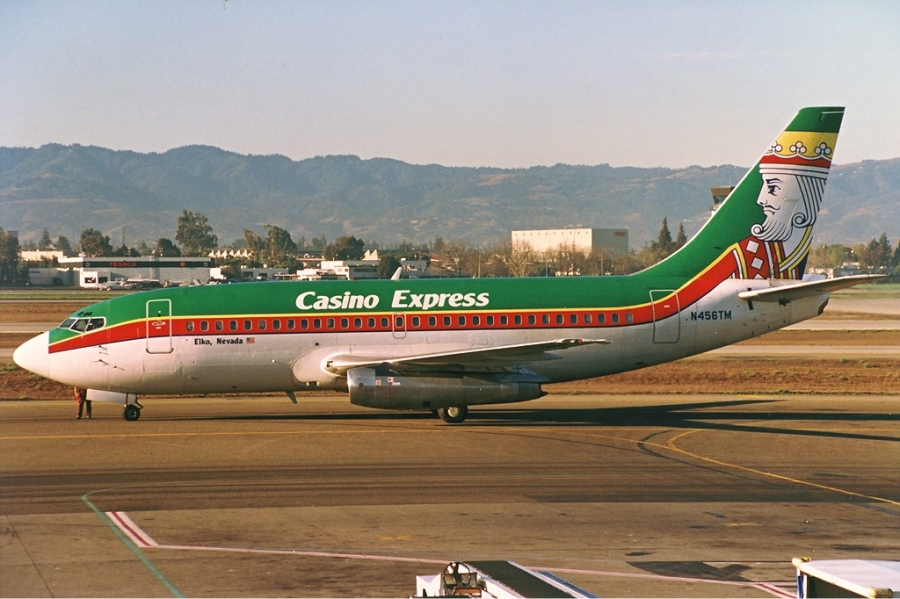 The Merger
Xtra Airways is an FAA certified airline that flies the Boeing 737 model. They began using this type of aircraft model during their establishment in 1987. Back then they were known as another fairly well known carrier ‘Casino Express Airlines’ because of their operations to various Nevada-based hotels and casino enthusiasts. These casino patrons – similar to today’s more technological-savvy Castle Jackpot online gamers – chose Casino Express Airlines as their carrier because of the exclusivity it provides for their travels. The company’s classic Boeing 737-200 jetliner flew mainly for the Red Lion Hotel and Casino while their 737 operated continuously from Elko, Nevada to many casino-laden US cities. It’s livery, featuring the king from a playing card pack, was distinctive and bold, easily identifiable (perhaps some airlines should take note of such a daring and fun livery)

After the Casino Express Airlines’ casino phase, they decided to widen their scope and began penetrating the market of both public and private charters in 2005. Their expanded customer base included government agencies, sports teams, press corps, foreign dignitaries, and other gaming estates. This prompted them to officially change their name to Xtra Airways, losing the more symbolic livery they sported. As of May 2013, the Xtra Airways fleet now consists of four Boeing 737-400 charters operating on several airports in the United States, Caribbean, Canada, Alaska, Mexico, Central, and South America, as well as other destinations in the Western Hemisphere.

The Future
PEOPLExpress has great roots and a great heritage behind it. Whilst PEOPLExpress has got a lot of competition right now, and is launching in a volatile market, the original product was innovative and apart from buying troubled Frontier Airlines, could have had a good run. PeoplExpress Airlines has applied for permission to fly from Pittsburgh, with plans to begin service later this year. It will begin by serving Pittsburgh, Orlando, West Palm Beach, Providence and Newport News. Designwise, whilst the livery isn’t exactly that exciting to the eye, we are hoping that these artists impressions will have a little scope for manoeuvre. We hope their product mimics the bells and whistles of Virgin America, especially if they ever decide to target the Las Vegas market… and with a lot of luck, it could potentially be a jackpot-winning slot machine combination of companies.