The Devil Is In The Detail 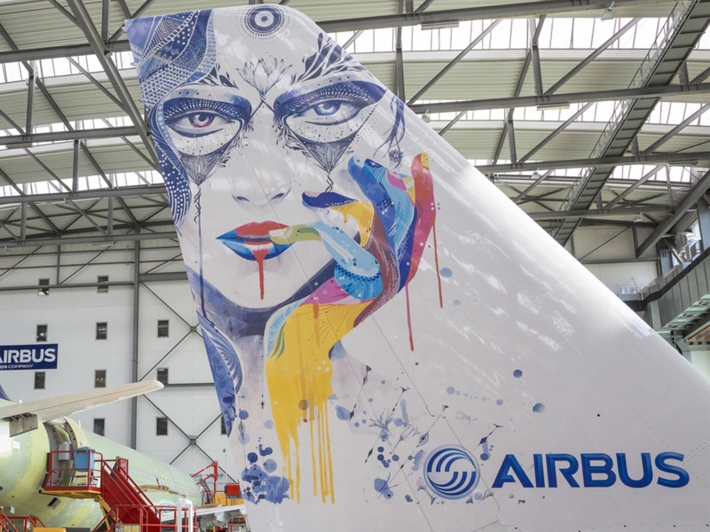 By Marisa Garcia | Engineers at Airbus’ A320 Family paint shop in Hamburg, Germany, just developed a unique methodology to radically improve the creative options available to airlines and brand managers by making it possible to directly print livery on the fuselage using inkjet printers–resulting in a faster and more efficient painting process which also allows finer decorative details.

Much ado is made of aircraft liveries, some more successful than others, but for important as aircraft livery is to airline branding, it has traditionally been limited by the paint and screen process. No more.

As Airbus explains, the direct printer works like a traditional model, using an inkjet head with nozzles spraying the same three basic colours we use on our inkjets at home and at the office (cyan, magenta and yellow) and, naturally, black. The inkjet head is mounted on seven-square metre bench, and prints a design line by line, from top to bottom. A quick clear coat seals the print in place and gives the livery a mirror finish.

Technology Manager, Matthias Otto, is excited over the possibilities this new method offers airlines. “I can create colour gradients or photo-realistic motifs that could never be achieved with paint.” he explains. He adds that this new method can print components of any size or shape. As Airbus explains in its announcement: “In the past, heavier printed film was used to produce complex designs, however such film is susceptible to the effects of heat, cold and high pressure, and ultimately could tear or peel.” 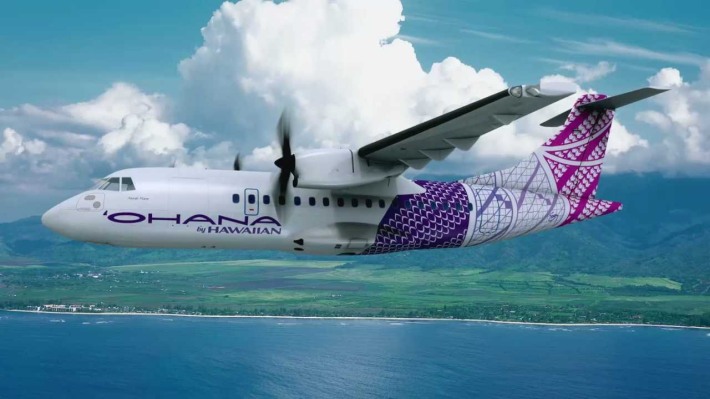 O’hana by Hawaiian’s ATR’s take 12 days to paint due to the complexities. Airbus’ new InkJet Printers could drastically reduce the time to create the designs.

Airbus also makes a business case for using direct printing, instead of traditional paint methods: “Compared with painting, where the design has to be built up by layer-by-layer, there are far fewer working and drying steps – greatly reducing the lead time. There also is no overspray or solvent vapour when ink is used, providing better working conditions for Airbus employees, as well as a healthier environment.”

Airbus is still experimenting with its inkjet method, but the aircraft manufacturer indicates that it is now at a Technical Readiness Level 6 (TRL6), and that “the associated processes will be qualified early in 2015.” It has already incorporated the process in the A320 Final Assembly Line (FAL) benchmark initiative, and intends to take advantage of it to “stabilise scheduled lead times.”

As far as the promotion picture is concerned, the results are eye-catching. We’ll just have to wait to find out how creative airlines will get with these new capabilities.

TheDesignAir Comment
“We think there is a lot of scope here, and will no doubt be under-utilised in the beginning. There will also be an urge to create similar graphics, highly complicated, and detailed, which will offer a great wow factor on initial impression, but most likely fall into the trap of creating designs that won’t translate from the distance that liveries are generally viewed at. We hope that the ability to create beautiful artworks will be realised, and carefully considered before execution. Also, with only Airbus currently offering the technology and most large carriers offering mixed airframes, will Boeing quickly catch up and offer their own solution too?”

This story originally appeared on Flight Chic. Friend of TheDesignAir, Marisa Garcia has been involved in aviation for twenty years. She has worked directly in the design and manufacturing of aircraft interiors and safety equipment for many of the world’s leading airlines. Now dedicated to a writing career, she follows and reports on product innovations, certification requirements, new programs, and trends.