KLM in the light of the recent departure of their last MD-11, have announced a further modernisation of their fleet. The new 777-200 economy cabin has been revealed, as designed by Dutch designer Hella Jongerius, who also designed their new World Business Class cabin. Whilst the airline still offers only a two class cabin across its long haul fleet, (Business and economy) economy passengers will benefit from brand new seats and entertainment on the 777-200 fleet. The retrofit of all 15 aircraft will be complete by the end of next year, as well as two new 777-300ER aircraft that will join the airline. The rest of the 777 fleet will be retrofit following the first phase. 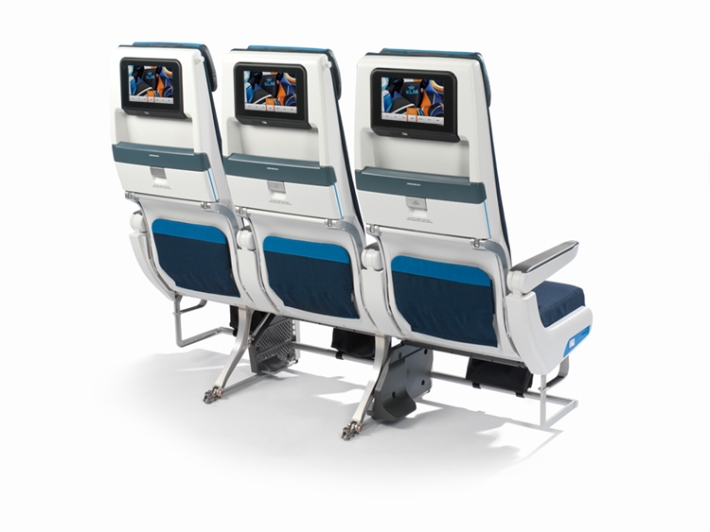 The new Economy Class seats offer travellers more legroom (32″ seat pitch compared to previously 31″) and a whole new inflight entertainment system, featuring a larger 9-inch, HD-quality touchscreen including a ‘seat chat’ app that allows travellers to communicate with passengers who are seated elsewhere in the cabin.

The smart and slimmer design of the new Economy Class seats creates extra legroom, thus ensuring greater passenger comfort, although the seats will be configured in the slightly tighter 3 x 4 x 3 configuration. In addition to the seat design, the ergonomic headrests offer improved neck support. Specially designed cushions as well as durable, high-density materials and a power outlet add to passenger comfort and control. And last but not least: the new inflight entertainment system offers access to more than 150 movies and 200 TV shows in many languages, including many curated Dutch movies.

Another key improvement is that the new seats are the lightest in their class. Less weight means lower fuel consumption and, hence, lower CO2 emissions. 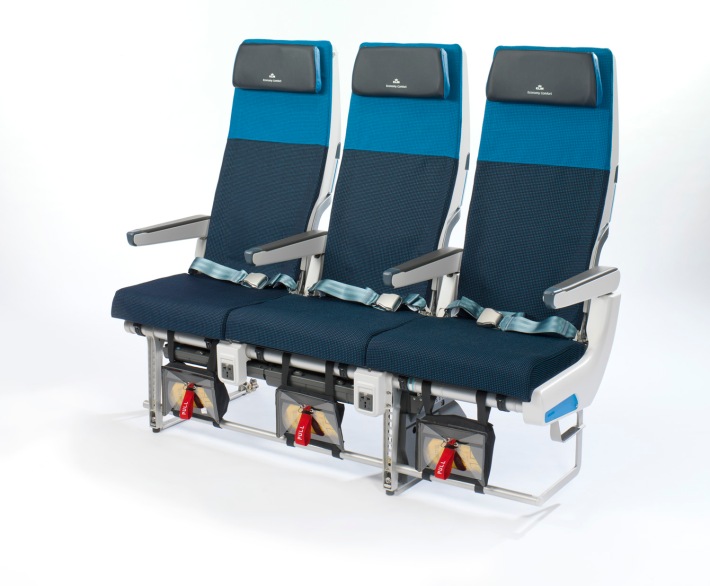 There are some really nice touches here, the duo-tone seat fabrics add a bit of life to the cabin, and the colour of the seat belts is really slick as well as the sharp blue trim on the tray tables. There are also two inset power sockets per row of three seats and the IFE box has been slimmed down meaning more leg room for the passengers. We also love the bi-fold trays and position of the literature pocket, meaning more knee room for long haul flights. The seat design is also perfect for storing your own tablets.

Whats more, the business class cabin on the 777 fleet is also being reworked, meaning more comfort for those at the front of the plane, and should feel very similar to that already found on the carrier’s 747 fleet.