Qantas has followed suit of many other airlines over the past few years, unveiling its first ever “retro” inspired livery on one of its brand new Boeing 737 aircraft. The eye catching design is a flying tribute to 70 years of the iconic flying kangaroo logo – a widely recognised symbol of home to millions of intrepid Australian travellers. The livery is also timed to mark the Qantas’ 94th birthday, which also falls in November.

As this is a Qantas event, Qantas Ambassador and self-confessed aviation enthusiast, John Travolta was on hand to witness Qantas and Boeing unveil the aircraft at a special hangar event in Seattle, which is timed to mark the 70th anniversary of the kangaroo logo. 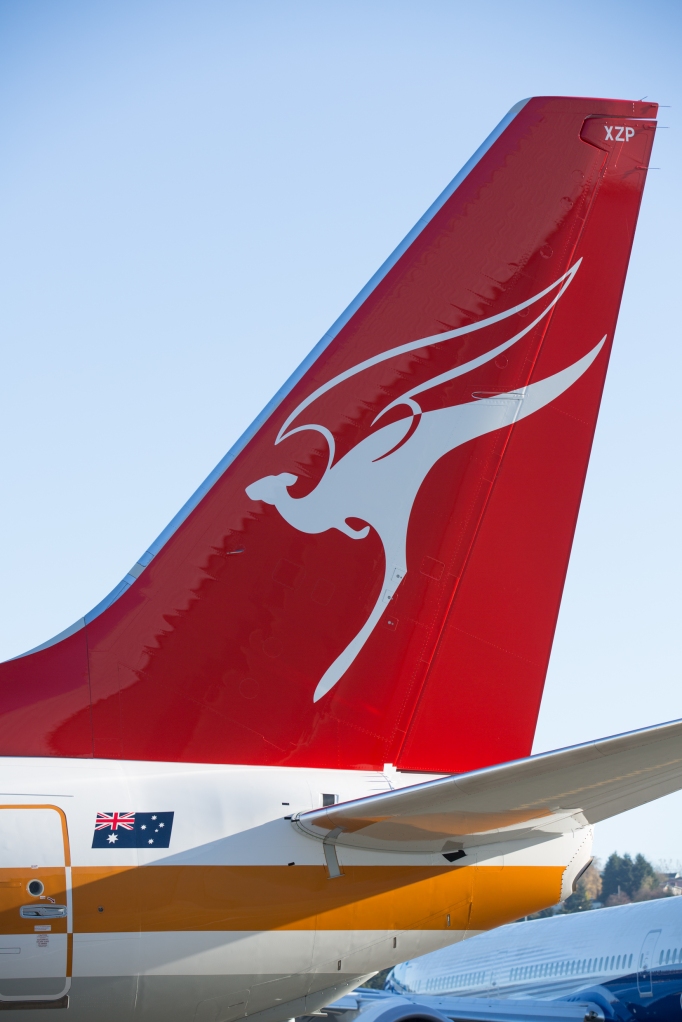 Group Executive for Brand, Marketing and Corporate Affairs, Olivia Wirth said having the retro livery on a new aircraft is a celebration not only of the famous logo and the airline’s proud heritage but a reminder of the pioneering role that Qantas has held in the global aviation market. “For 70 years our logo has been a symbol of aviation innovation, but also a reminder that home is never far away,” said Ms Wirth.

“Qantas holds a special place in the Australian psyche, and we know for many of our customers this livery will inspire a fond trip down memory lane. It’s a bit of a time warp having a 1970s livery on one of our brand new B737 aircraft but it’s the perfect way to highlight the years of experience behind the contemporary airline Qantas is today.”

Qantas ambassador, John Travolta said the retro livery has brought back lots of memories for him. “It’s great to see a piece of Qantas history flying in the sky today,” said Mr Travolta. “I have enjoyed many wonderful experiences with Qantas over the years, from getting my 747 wings to having my own 707 painted in the original 1960s Qantas livery. This is a great celebration of the brand’s heritage and incredible reputation over the years. 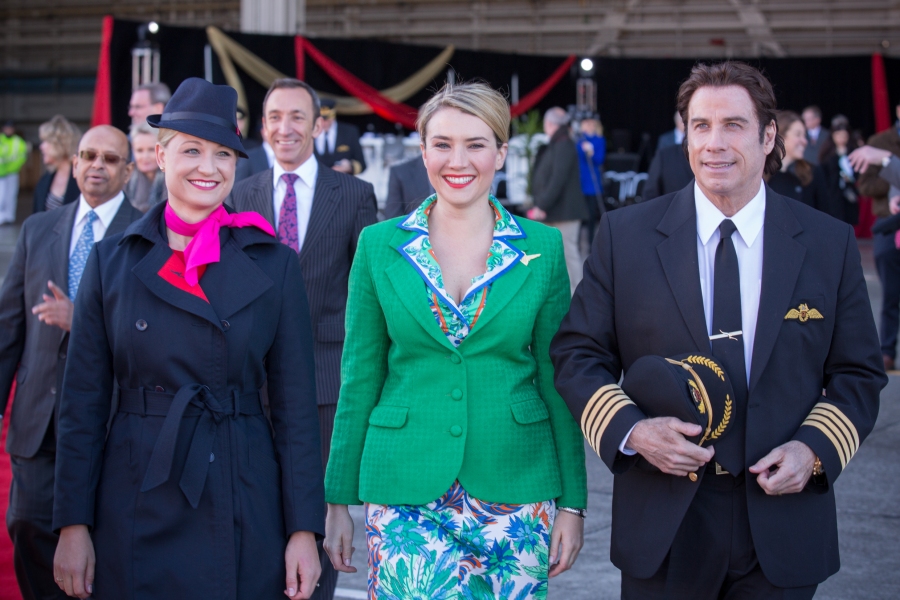 “I feel a great sense of pride just looking at this aircraft here today. Australia is lucky to have an airline like Qantas as its national carrier,” he said. In a look that may be unfamiliar to most flyers today, the signature element of the 1971-1984 livery design was the ochre band around the window line of the aircraft. Ochre reflected the colours of the outback where Qantas was established in 1920. To celebrate the launch in Seattle, cabin crew were decked out in the same Emilio Pucci uniforms found onboard between 1974-1987.

The winged kangaroo logo is used on the tail and was adapted from the original 1947 version designed by Australian-German artist Gert Sellheim. In 1984 the flying kangaroo discarded its wings, evolving to its current slender and stylised form. 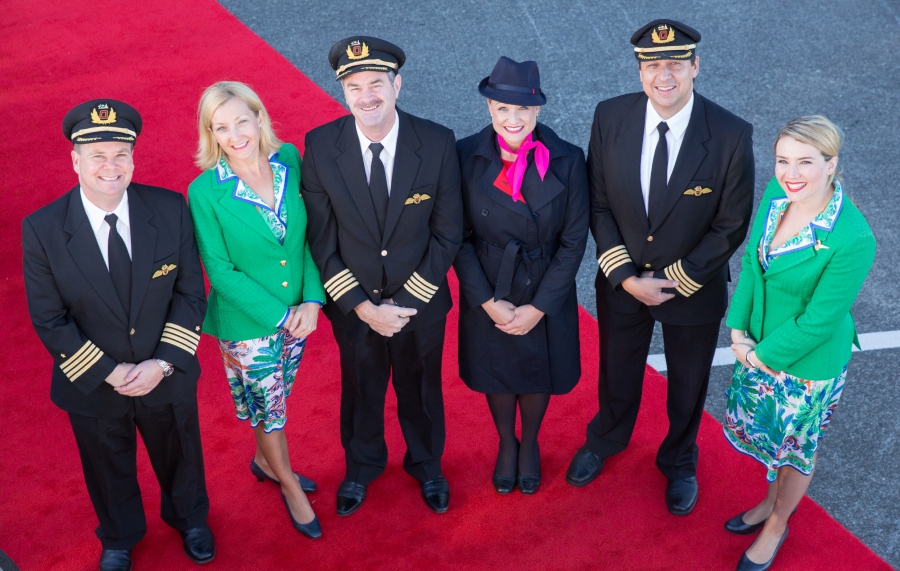 The 737 will operate across all Qantas domestic routes from November 20th, acting as a flying reminder of where Qantas has come from, as well as showing new generations of young Australians some of the history behind Australia’s biggest airline. 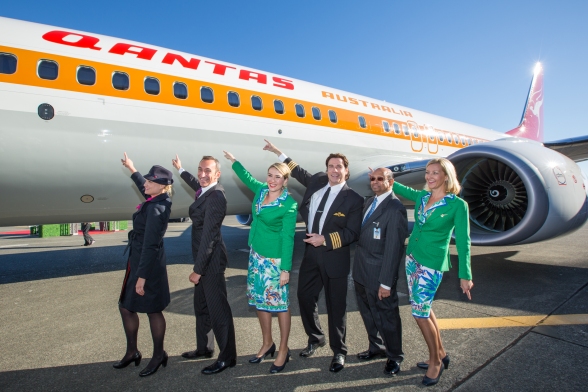 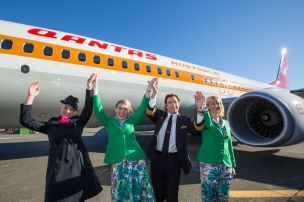