We are introducing a new Top 10 this month. One of the most diverse categories, ‘Low Cost Carrier Brands’ is now getting the recognition it rightfully deserves. Traditionally speaking, the low-cost model is only three decades old, and has grown up fast. The once ‘bare-essentials’ image that these carriers used to have, has now evolved into intuitive, modern and powerful brands that are just as successful than their legacy counterparts. Our Top 10 has managed to capture a wide array of brands from around the world, from fun and new to professional and iconic. Our Top 10’s have been voted on their brand image, not their product, and has taken into consideration their market. 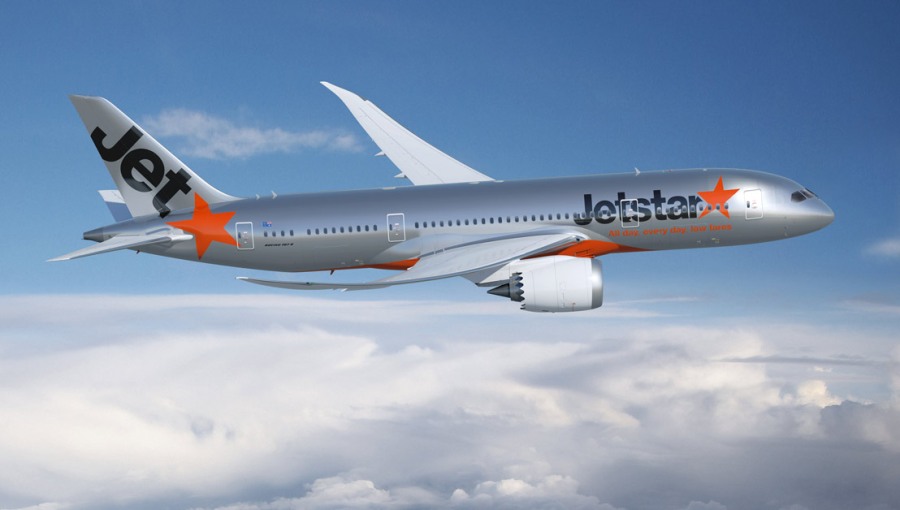 This Qantas low-cost offshoot is one of the most established antipodean carriers and a familiar sight in both local and international airports. Jetstar’s brand is very solid and has established a good consumer following. A modern fleet, trademark silver planes, new 787 aircraft and iconic logo has helped the brand sit highly on our list. It’s powerful apps, social media drives and clean and easy to use website all help lift the brand. Offering code-shares with some Qantas routes, Jetstar offers its own business class, with access to lounges and premium services, and those in economy can still rent their entertainment, or keep as low cost as possible.

Air Canada’s offshoot, Rouge, is expanding quickly, taking on Air Canada’s leisure routes and introducing a softer, more friendly product in the process. Whilst we may not be in love with the handwritten typeface on the livery, the Justin Timberlake style uniforms more than make up for that, creating a preppy Gap-like appearance for their crew. Inside, its pretty much a low cost carrier however, in a bid to still appeal to the North American market, the pointy end still is a stalwart with oversized first class recliner chairs for their passengers spending a little more.

Hell, who doesn’t love a beak on an aircraft nose. Nok Air, based in Thailand, has opted for a bright, colourful and fun brand image. Embracing the nonsensical on the outside, and bright bold uniforms on the inside. It’s the carrier’s ‘break the mold’ attitude which has set it high on our list. What is nice to see, is the key logo concept, of ‘the beak’; cartoonish in appearance, tied together with modern typography that appears on every aircraft. For those wondering ‘Why the beak?’ Well, in Thai, Nok means Bird. Makes sense now!

New York’s true homegrown airline JetBlue was one of the first modern low cost carriers in the US to take on both Southwest and the major carriers. Investing in a new fleet of airbus planes, they were able to create a product from the ground up that was fairly consistent across their fleet, including Wi-Fi, streaming TV and until recently, free bags too. Their introduction of Mint, the carrier’s flat bed business class then catapulted the carrier forward once again, showcasing the low cost carrier would fight their ground on the lucrative Coast to Coast flights in the US. We also love the new uniforms and wide array of liveries that make up this all-Airbus fleet.

Bringing the best of modern España to the skies, established carrier Vueling is certainly one cool airline to fly. The airline was established in Europe as Ryanair and easyJet were jostling for passengers and Vueling’s USP was they flew from major city airport to major city airport and offered convenient schedules. As the carrier continued to grow, so did their product, and now they almost offer a full service product, except pretty much everything is available for purchase, allowing passengers to pick and choose their experience. What is free, is the great modern livery, and smart yellow and grey interiors and brand new stylish uniforms.

Norwegian may not have the coolest livery in the sky, with its bright red nose and black and white aged photography on the tail, but it’s the livery that sits at odds with the rest of the brand, which is insanely cool. Free Wi-Fi on flights across Europe, snappy threads for their crew, and premium economy seats on their fleet of 787s all lead to a passenger experience that has made other European carriers sit up and take note. Now the carrier is trying hard to expand their long haul network, flying from a growing network of European bases.

Seen by most as the original low cost carrier, the recent rebrand has helped this carrier climb the list with a very decent score. Whilst the carrier is perhaps the purest of low cost carriers in our top 10, their brand is inherently well loved, and their love for their staff is something that we’re really impressed by. From viral safety videos (perhaps too many now) to overtly friendly crews, Southwest has embraced their cheap and cheerful product, and their brand is now one of the most recognized in America.

We’ve loved Starflyer for a while now, with its cool monochromatic colour scheme adorning the livery, the seats, the site and the uniforms, with a mix of cursive script logo and super clean minimalist logotype on the fuselage. Whilst the carrier flies only intra Japan on fairly short hops, its made a name for itself with its USB connectivity, IFE, even super-chic coffee cups. Although this carrier may look like a private jet on the outside and like a premium carrier on the inside, the carrier is firmly rooted in the low cost camp. It’s delivering beyond its category, and it is because of that it has scored so highly.

Red leather gloves? We are sold. airberlin is perhaps more of a hybrid low cost carrier, compared to the true low-cost originators, however it has only become a hybrid low cost carrier to match its passenger expectations and fight off fierce competition in the European market. The carrier has a true long-haul full service business class, but accounting for roughly 3% of their business model, the carrier has its roots firmly bedded in the low cost intra-European market. With convenient schedules, sassy uniforms, frequent flyer program and its cooperation with Etihad, this carrier is certainly one of the best low-cost carrier brands. 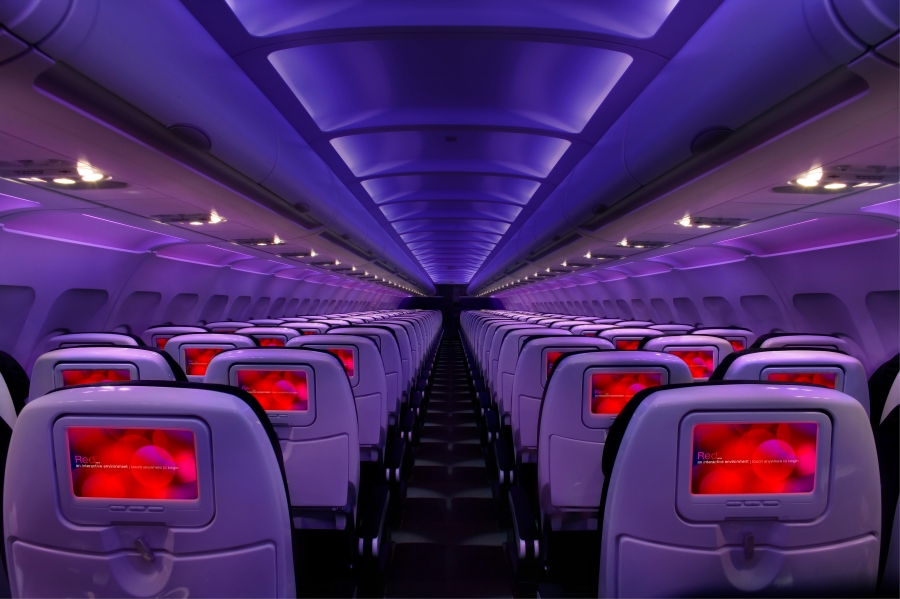 We are delighted that Virgin America takes first place in this category. This carrier has really tried to change not only the low cost category, but also the face of domestic US travel when it first came to market. Part of the larger Virgin brand, founded by Sir Richard Branson, the carrier has embraced the super-cool elements that has made the American sub-brand such a success, especially away from Europe where the Virgin brand is better known. From sumptuous white leather seating in First Class through to clubhouses and mood lighting, the carrier has shaken off the history of the original low-cost product, offering a high quality product that consumers actually want. The airline is also at the forefront of in-seat technology, offering google maps, seat-to-seat chat, and was one of the first carriers to embrace in seat food and drink ordering. Yet another San Francisco startup, Virgin America has joined the ranks of Facebook, Apple & Gap of iconic American brands based on the West Coast.