Emirates New Business Class Seats Are Good, But Could Be Better 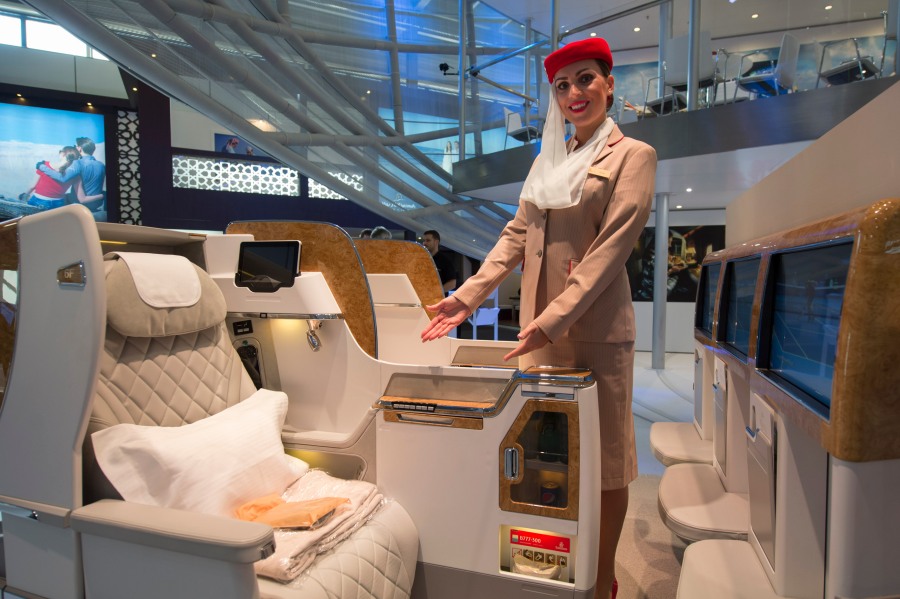 Today saw the grand reveal of Emirates new business class seats at the ITB fair in Berlin. The seats, which will be rolled out in November on the airline’s new 777-300ER aircraft, will replace the carrier’s now ageing angle lie-flat seats (although there are no plans to retrofit the seats on current aircraft. 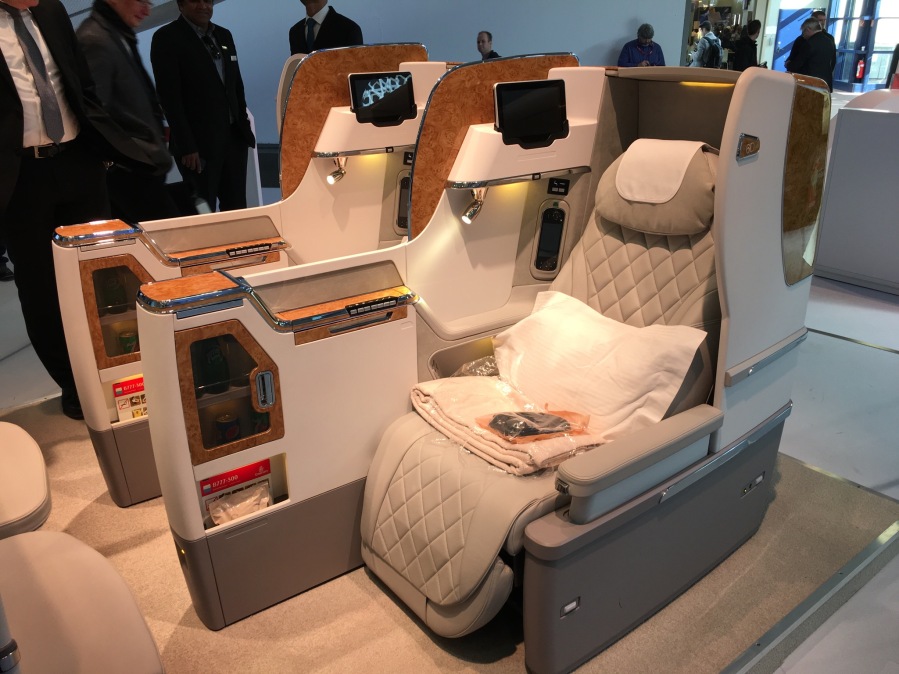 We covererd the initial information released about the seats last week here on TheDesignAir, and while we were excited to see the carrier has opted for fully-flat business class seats, were were disappointed to here that the carrier had continued to opt for a 2 x 3 x 2 seat configuration meaning each row still has a dreaded middle seat. 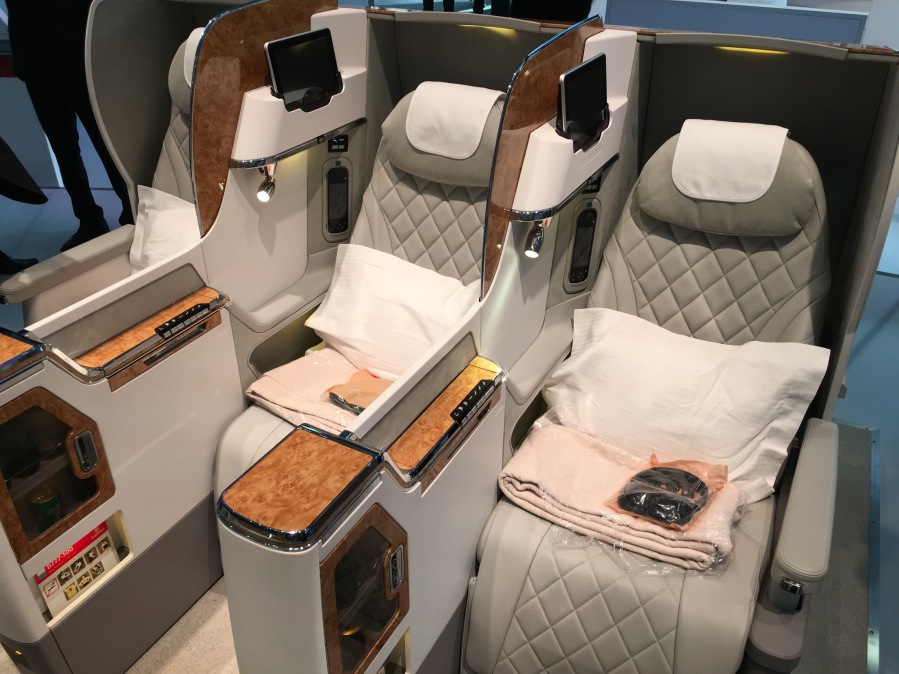 While carriers such as ANA or British Airways offer a 2 x 3 x 2 business class cabin, ANA has managed to continue to offer all-aisle access to their passengers by the introduction of a fractionally staggered seating configuration and British Airways offers a pseudo staggered seating arrangement. Emirates may have missed a trick though in providing every passenger enhanced comfort on their 777’s especially considering they are flying some of the longest routes in the world.

But for those passengers not confined to the worst seats in the cabin, things aren’t so bad. All seats now offer a private mini-bar, 72” of seat pitch and a fully flat seat with ottoman and enhanced 23” widescreen TVs with new touchscreen controllers meaning that creature comforts are still in abundance.

While the walnut veneer, synonymous with Emirates business and first class suites is still part of the finish and trim, Emirates has adopted a contemporary approach to the seats, with more chrome and grey quilted fabrics filling the cabin, meaning Emirates is a little less ‘bling’ and a little more chic. The quilted seats, just as the ones in British Airways first, or Oman Air’s new business class adds an automotive touch to the cabin. We would be happy to spend a few hours in these seats, as long as it’s not in the middle! 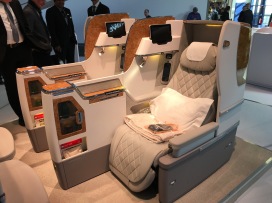 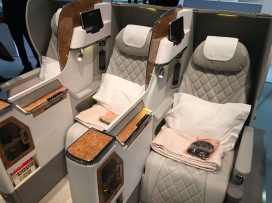 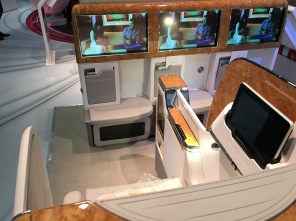 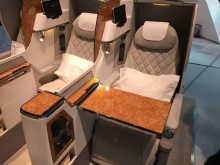 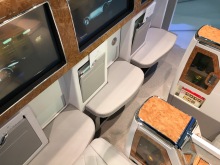 8 replies on “Emirates New Business Class Seats Are Good, But Could Be Better”