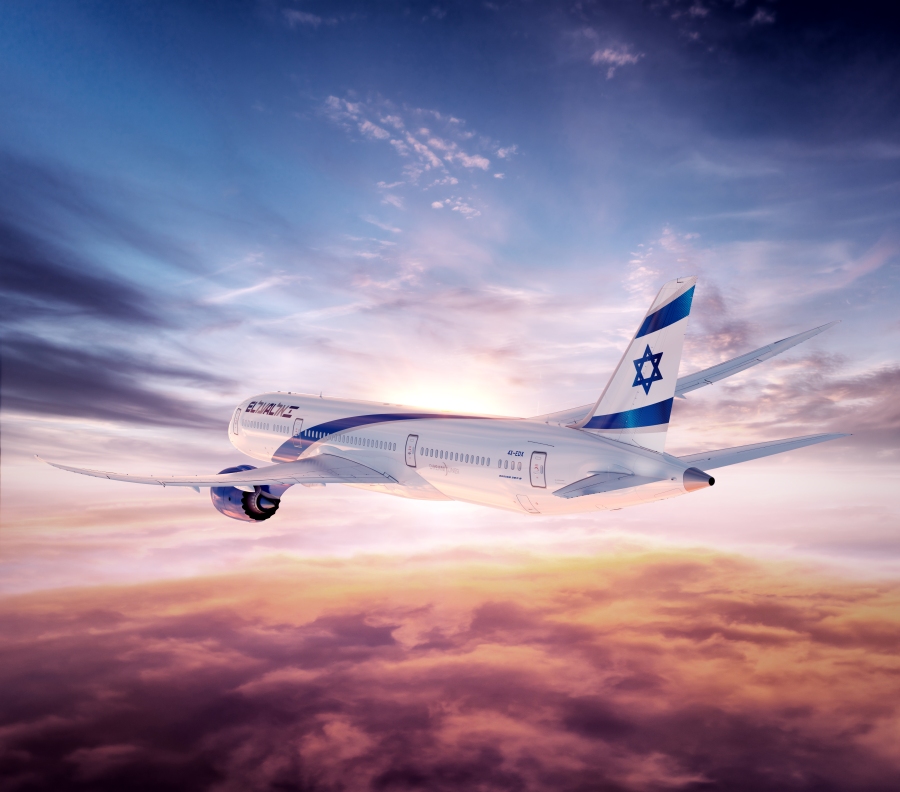 EL AL was never really seen as a design-led airline, but as we showcased recently, the carrier has recently pushed itself firmly in the right direction. The reveal of the 787-9 product which will be taking to the skies soon demonstrates EL AL’s determination to be taken seriously. 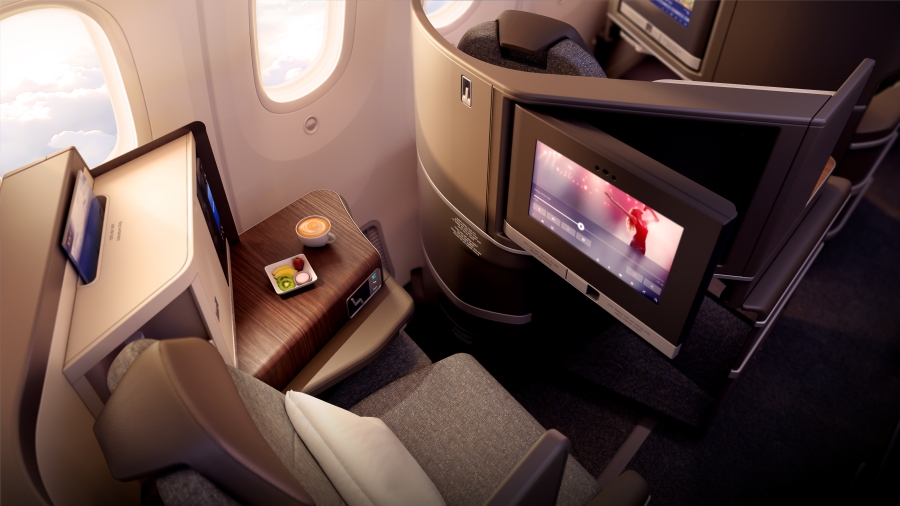 Working with EL AL, London based PriestmanGoode was brought onboard to update the airline’s livery, brand identity for each class and new aircraft cabin interiors including Business Class, Premium Economy – which is new to the airline – Economy Class as well as entrance areas and galleys. The new designs will be rolled out across the airline’s new fleet of Boeing Dreamliner aircraft. 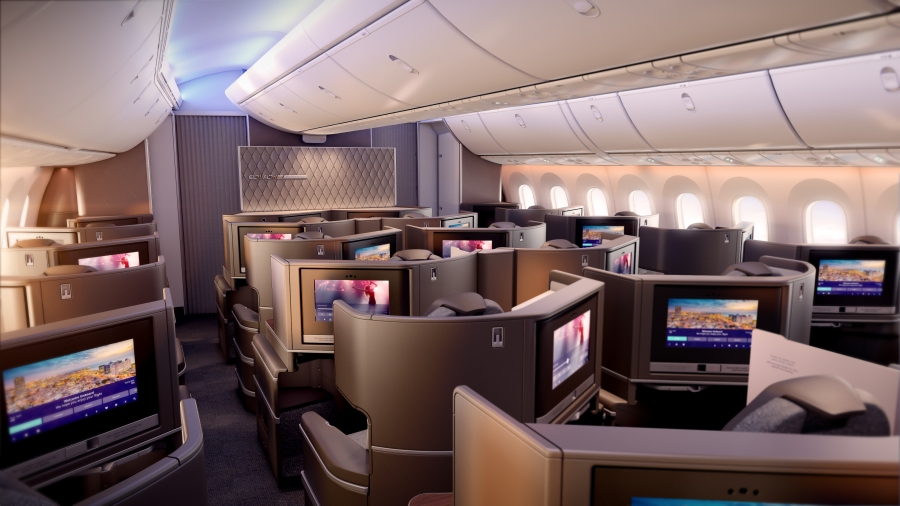 “This is the first time that EL AL has invested so heavily in design, which is testament to its commitment to its customers, and to the value of design in creating outstanding passenger experiences. Israel is a dynamic and inspiring country, something that is reflected throughout its physical landscape as much as through its people. Collaborating with EL AL’s internal team on this project has been an incredibly rewarding process.” said Nigel Goode, director at PriestmanGoode. 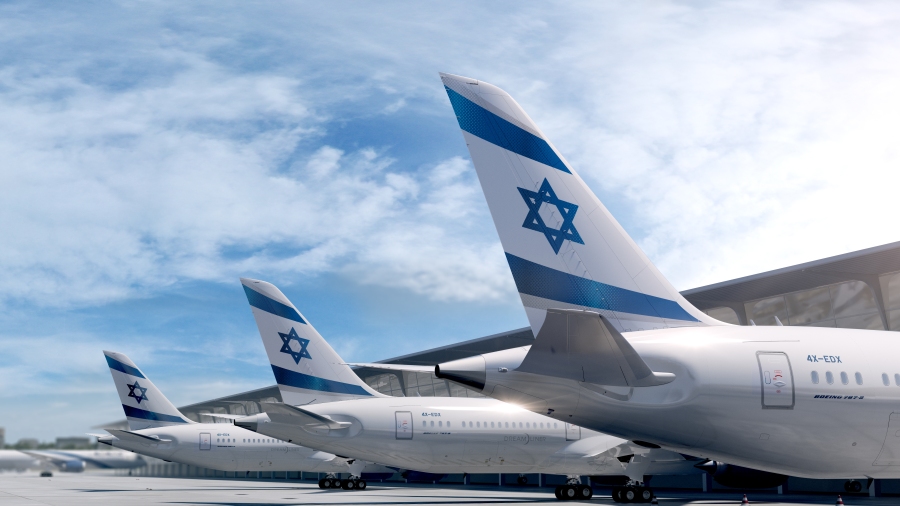 The livery for EL AL’s fleet of B787-9 is a modern update on the airline’s existing livery. This has the advantage of ensuring a consistent look throughout the airline’s entire fleet, whilst also making sure certain elements stand out. 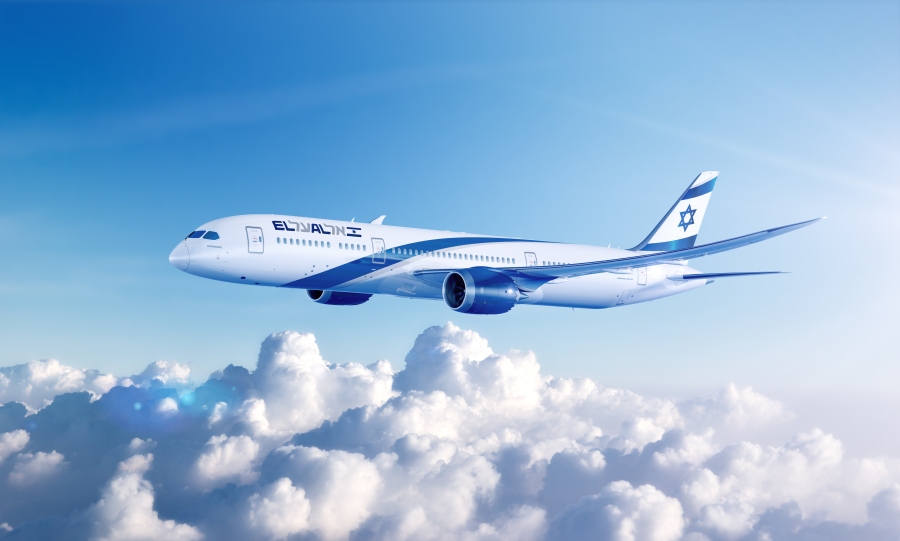 The Star of David now appears larger, with its proportion in regards to the lines on the tailfin a true reflection of Israel’s national flag.

Diamonds can be seen everywhere now, both inside the cabin and outside. A ribbon across the fuselage extends the lines from the tailfin. Imbued within this ribbon are highlights and lowlights in the new feature diamond pattern. “This gives the livery an enhanced sense of movement and flow,” state PriestmanGoode. The EL AL logo has also been resized to be a bold addition to the front of the aircraft. 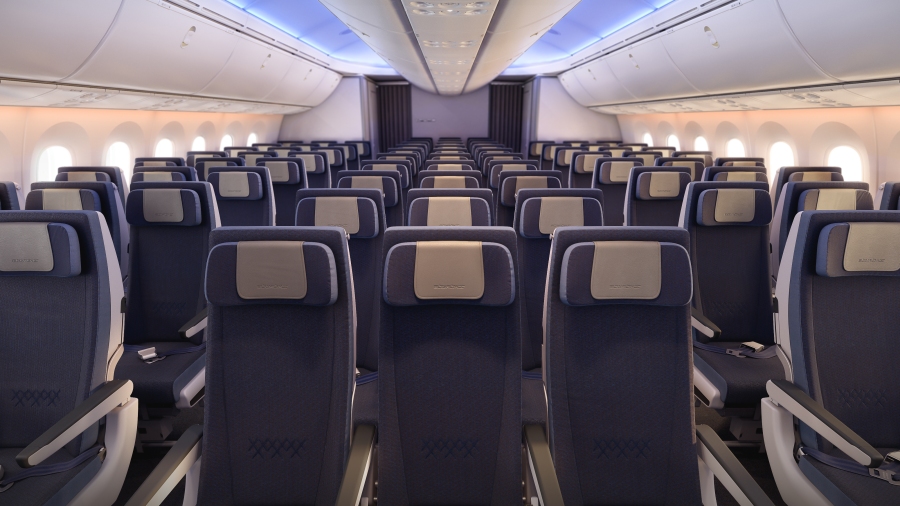 The airline can be forgiven for introducing a sea of blue seats, after all the carrier’s only real brand colour, is blue. Complementing the blue, the designers have injected the dark grey to add sophistication to the cabin. 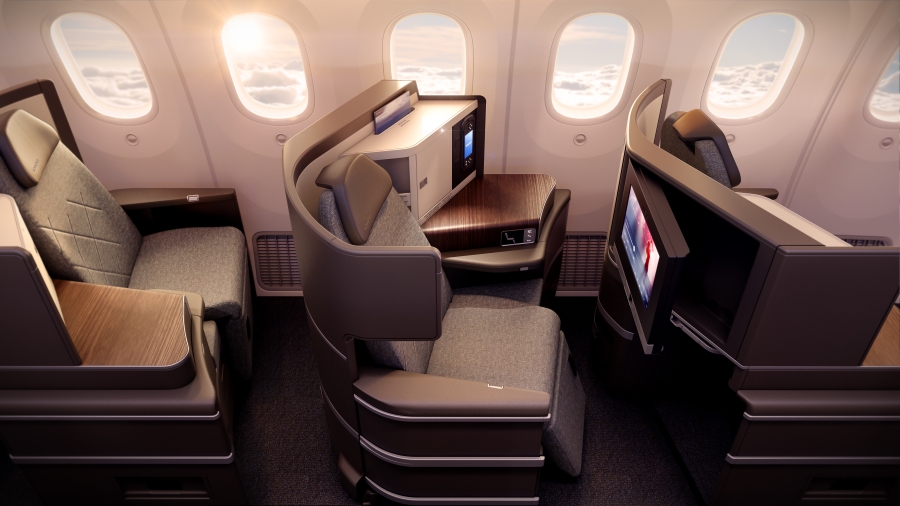 New custom designed 3D brand logos feature on wall panels in each class. These include EL AL’s name in English and in Hebrew. Separate colours have been used to ensure that each language stands out on its own. The new brand logos are made in brushed metal, providing a sense of quality and attention to detail. Bespoke fabrics, décor finishes and branding details run across the entire cabin, to ensure the sense of quality is felt from Business, through Premium Economy and in Economy class. 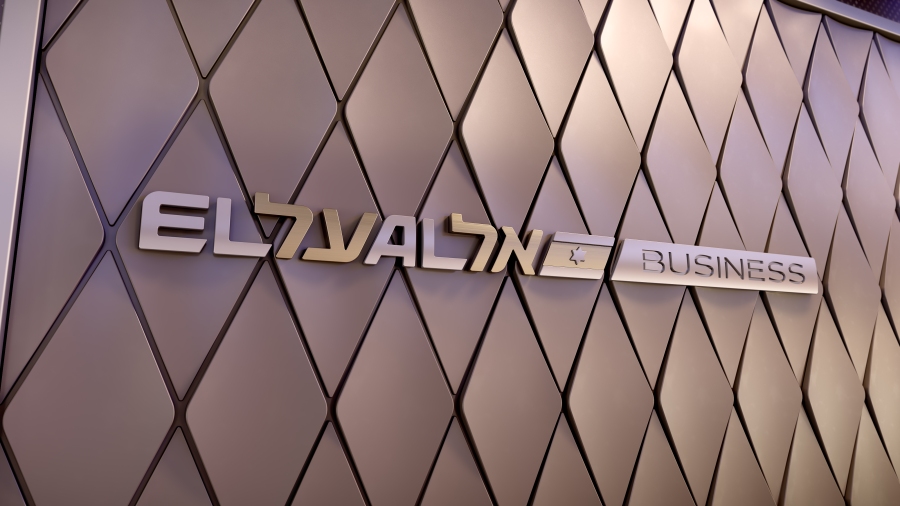 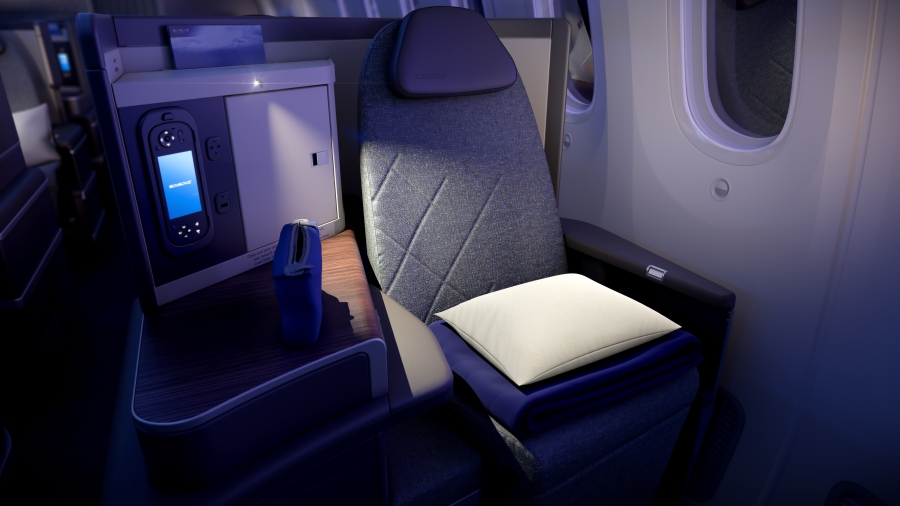 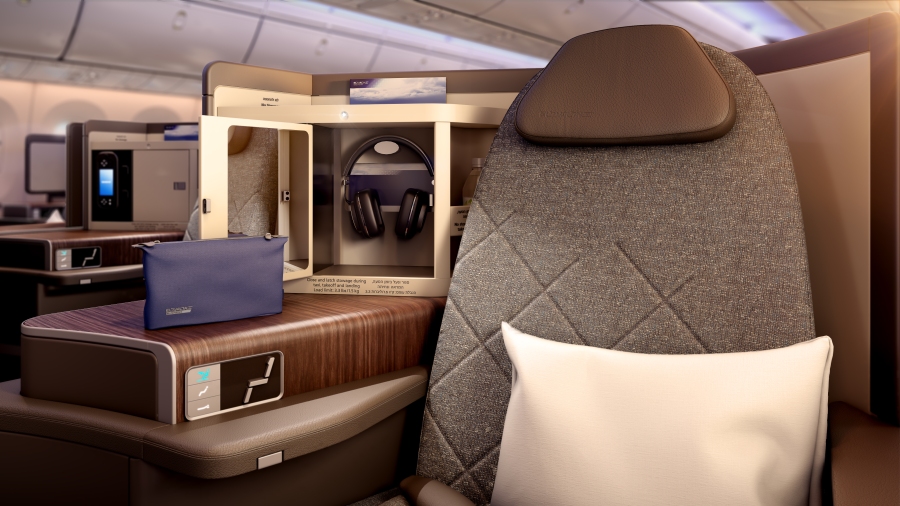 As most design firms manage to customise the hard product, PriestmanGoode worked with Recaro to create custom elements to increase personal stowage. The seat features a 16” LCD Panasonic screen, custom branding and trim and finish, a richly textured boucle yarn seat covers in elegant grey with hints of blue. The seat covers feature a bespoke heat pressed stitching detail to reflect the diamond pattern in the cabin and power sockets & USB for charging personal devices 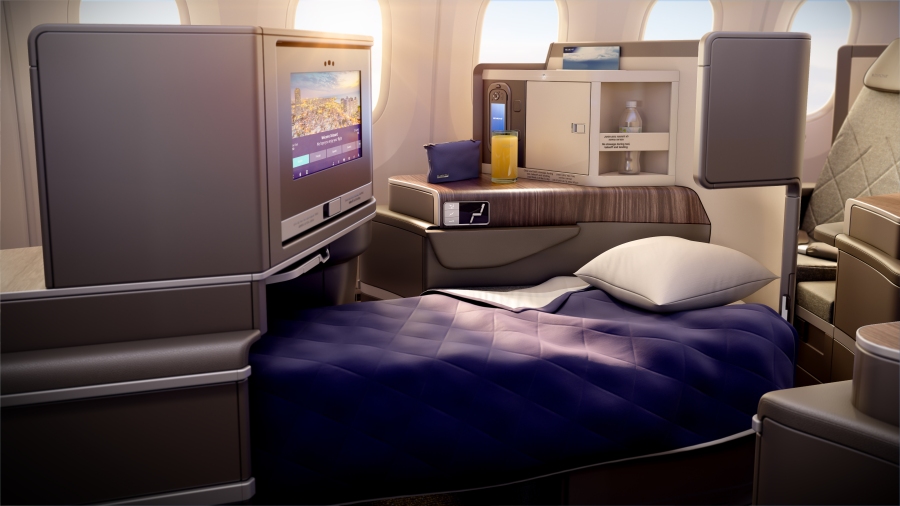 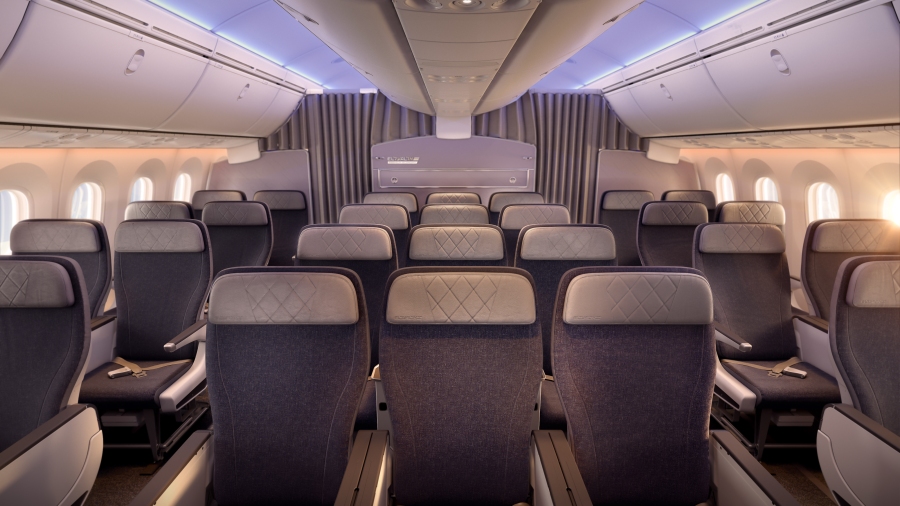 The seat play home to a personal cocktail tray, 38” pitch and 19” seat width and enhanced personal storage on the back of each seat including magazine storage, personal device storage and bottle storage. 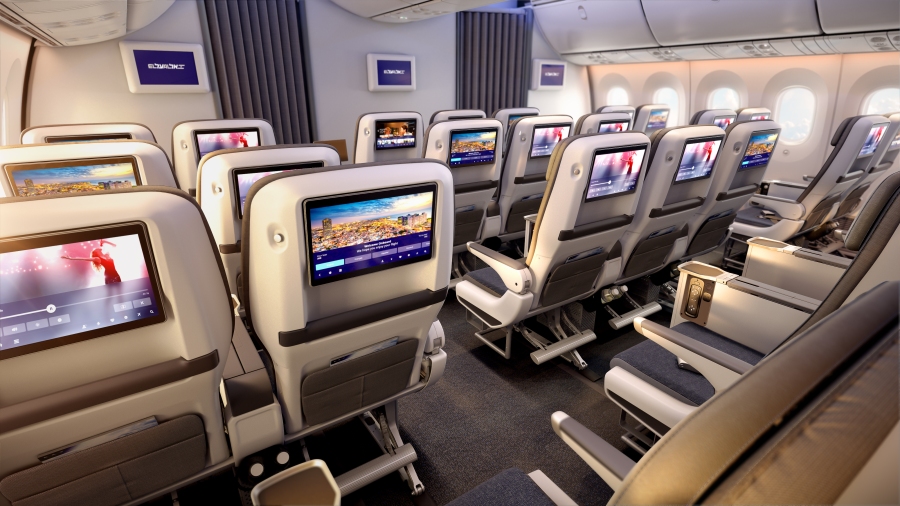 This has the benefit of giving the passenger more personal space and an uncluttered environment. As for entertainment, there’s a 13″ touch screen LCD IFE Panasonic screen and a power socket & USB for charging personal devices. 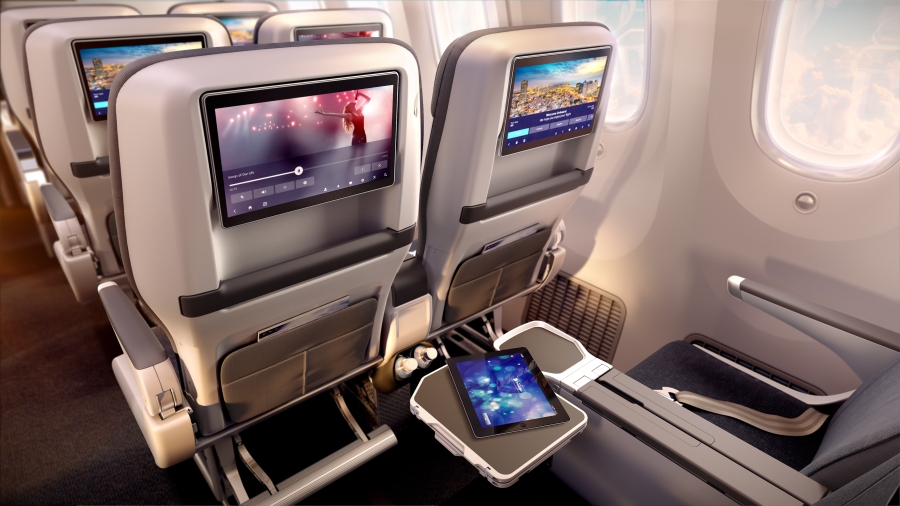 In economy, which is laid out in the standard 3 x 3 x 3 configuration, PriestmanGoode designed a completely new product with a youthful, tech driven look and feel. This is reflected in the custom trim and finish, which features a technical weave that mirrors the diamond pattern found throughout the rest of the aircraft. 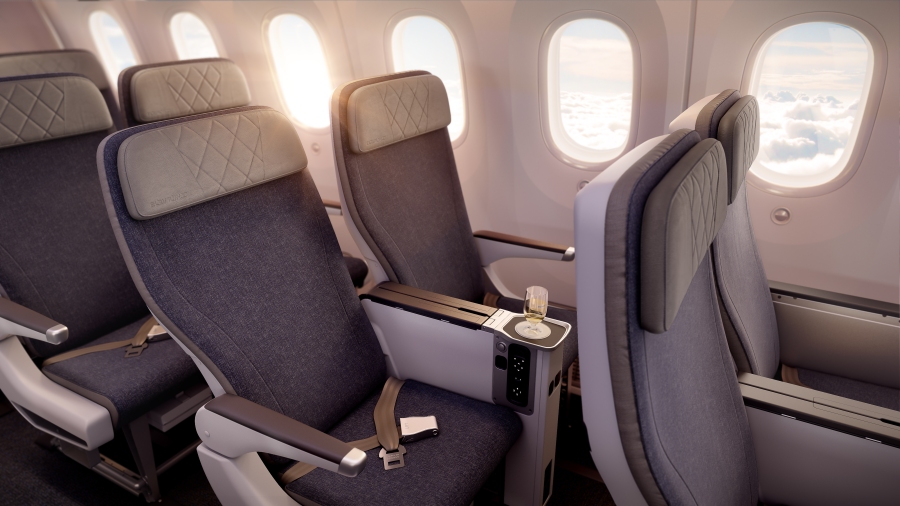 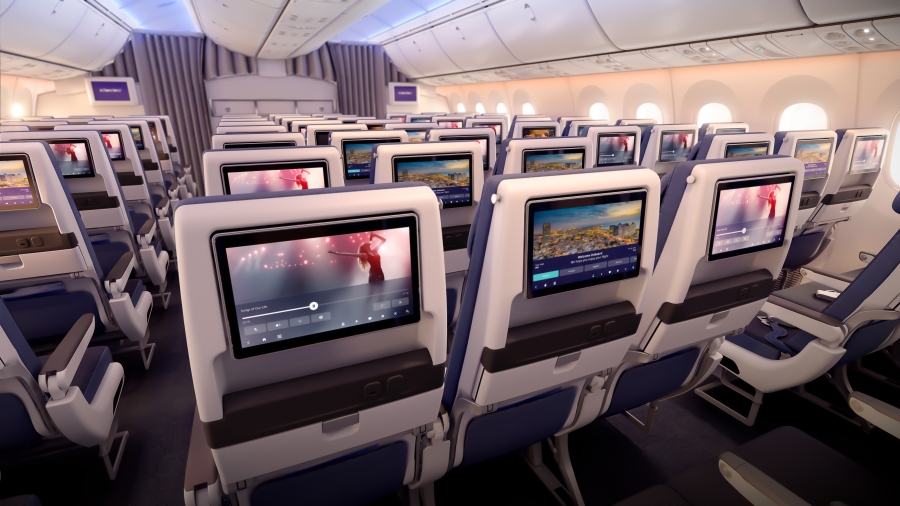 The first of 16 Boeing Dreamliner 787’s, the world`s most advanced aircraft, will join EL AL’s renewed fleet in August 2017. Starting in September, the Dreamliner will operate flights to Europe and at the end of October will be gradually integrated into EL AL’s long-haul destinations in North America and the Far East. 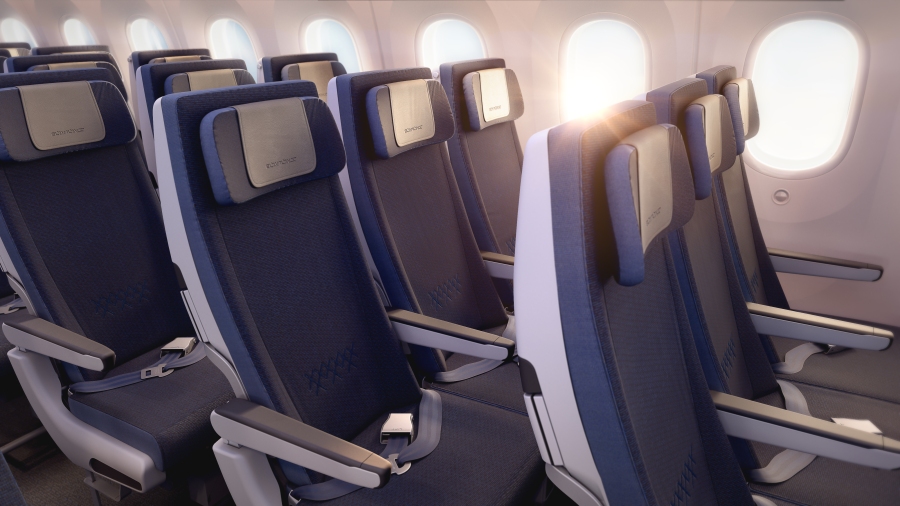