The new aircraft will initially serve domestic routes between Shanghai and Beijing, Guangzhou and Shenzhen. After that, it will fly between Hongqiao airport and Taipei, Hong Kong, Tokyo and Seoul, or between Pudong and Singapore & Melbourne, according to the Shanghai Airlines. China Eastern has ordered a total of 15 B787-9 from Boeing, ten of which will be delivered to Shanghai Airlines.

The aircraft are effectively a four class layout, which includes Thompson XL First Class and Business Class seats, both designed by Factorydesign, as well as premium economy and economy class. While not the first carrier to benefit from this ‘mini first’ cabin concept, with Malaysia Airlines offering a similar use of LOPA, due to the use of the XL Suites, there is more space per passenger on these new aircraft.

It’s interesting to see that this is the first time that an airline has fully embraced the benefits of combining their first and business class cabins developed with Thompson Aero, based on their Vantage XL Suite platform. “The benefits are clear from a cabin density point of view as the front row in the business cabin and the rear row in First Class are overlapping and integrated thereby maximising space efficiency,” state Factorydesign.

Due to the same Vantage XL suite platform under the skin of both First and Business, the programmes were run in parallel and with a lot of cross-over and co-operation required between the teams working on the two different seats. As you can see from the visuals, the airline opted for little visual separation between first class and business class cabins, although there are a range of options the carrier could have adopted to separate the two classes, including different suite heights, full or half height dividers, curtains, blinds and  translucent screens

In addition to the obvious difference in architecture, design detailing and square footage between the two different seat types, distinction between the class change within the cabin has been achieved through material selection and finishes.  First Class has warmer, champagne tones and very high-quality nickel finishes, while the outer shells are lighter and the interiors slightly deeper than in Business. Both seats have materials and textures that are completely bespoke to their respective classes.

But how do you make centre seats more appealing, to those individual seats with windows. Make the centre pair offer something unique. Similar to the QSuite product by Qatar Airways, the centre pair of First Class seats converts from two very private suites into a completely open shared space for four people sat around a large central table. This shared space was envisaged for business travellers wanting to hold meetings, as well as for families and friends wishing to dine, converse, play cards or socialise.  Even without the deployment of the buddy seats, the ability to join the two central suites together offers a real benefit to couples or colleagues travelling together. also adding an incentive for passengers to select the inboard suites over the often-preferred outboard window suites.

While the First Class Suites offer added space, and the benefit of not having the footwell, business class passengers still benefit from a similar product, including doors, large working surfaces, and fully flat beds, but for those wanting to compare, here are the key stats on each of the products. 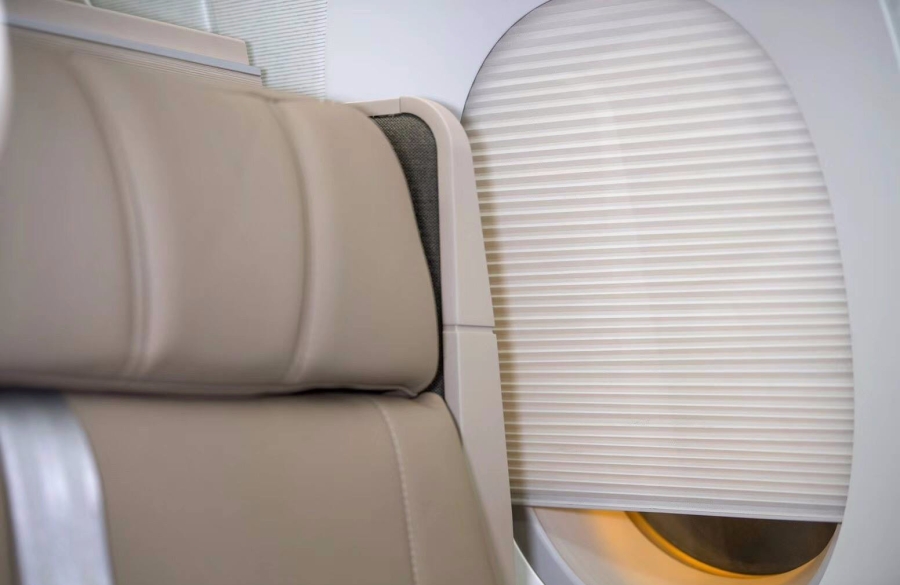 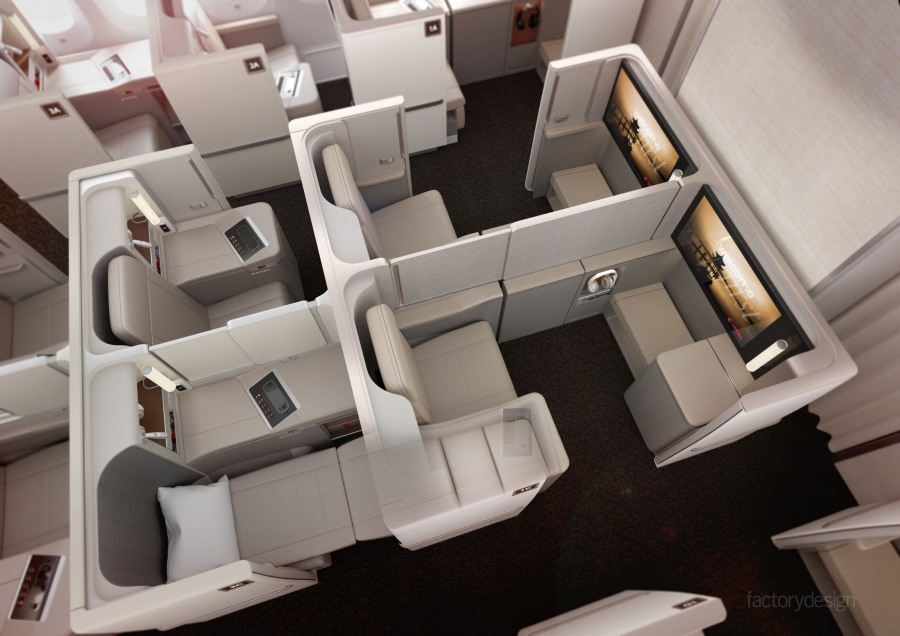