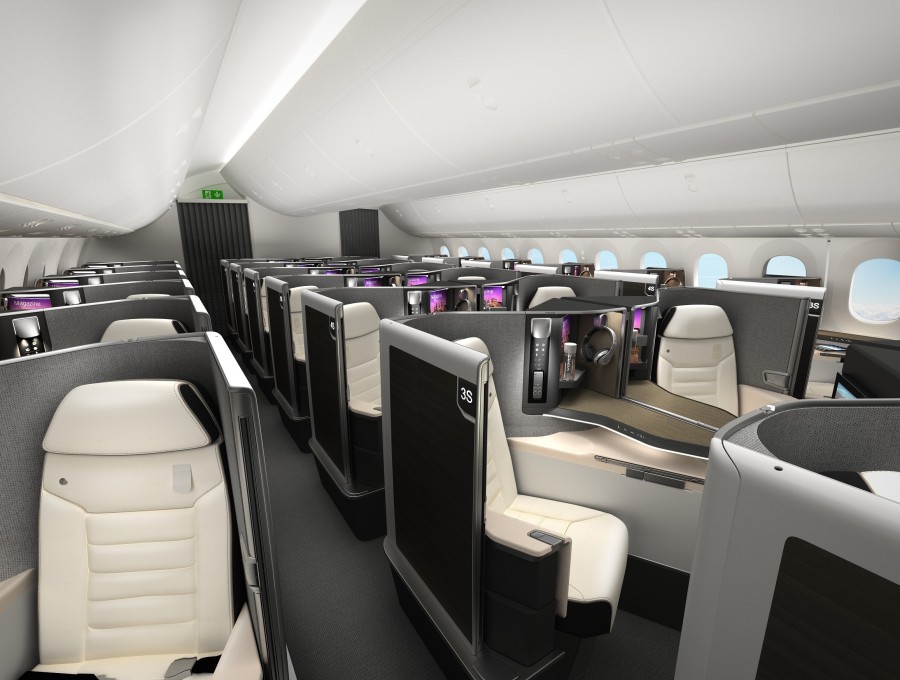 At first glance the new Versa seat by Safran might look like most other reverse herringbone seats, in fact, most will probably mistake it for the Cirrus seat, which occupies the same seat universe. However, airlines can rejoice, as this is a new enhanced generation of herringbone, state-of-the-art long haul business class seat. 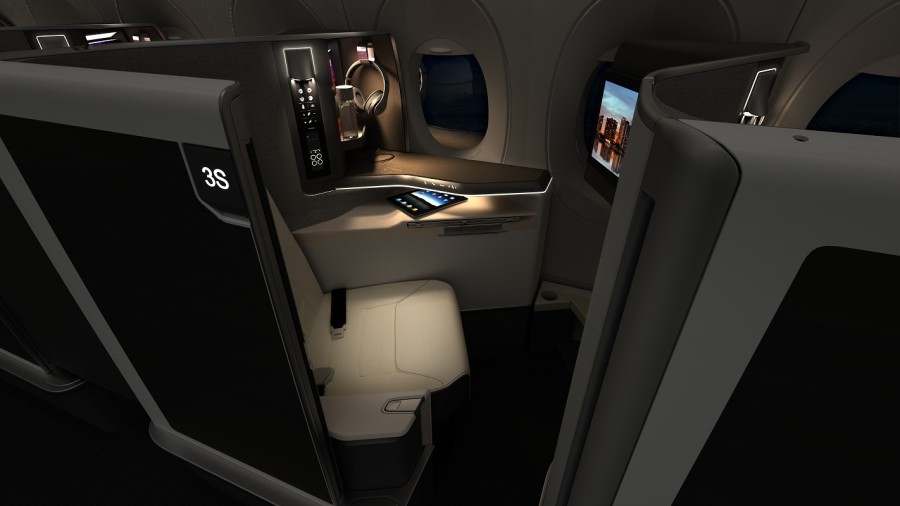 This totally new seat, which will be certified shortly, will be a huge benefit to airlines. As its secret weapon is its adaptability and versatility – thus its namesake – without the heavy certification process that usually accompanies a new seat roll out. Thanks to its architecture, the Versa platform is ready to receive modules and technology bricks developed across the Safran Seats premium range as wider screens, wireless charging and audio, advanced lighting, new control systems etc. 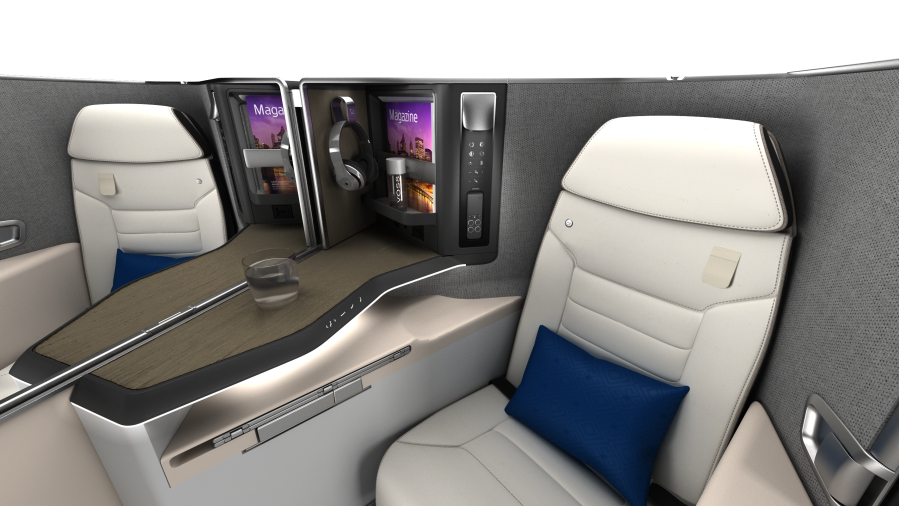 But the seat design won’t frighten off design studios either who are usually employed to heavily customise seat products to create points of difference. The Versa is designed to provide airlines both with adapted off-the-shelf solutions as well as more ambitious and extensively tailored ones. The reverse herringbone is incredibly popular with passengers, offering the right amount of privacy, space, storage and all-aisle access. However, this seat doesn’t take any of the existing mechanisms from existing seats from Safran, instead it was designed from the ground, up. That’s not to say that the manufacturer didn’t learn from its previous incarnations. The seat has multiple LOPA configurations, and can offer a range of cabin concepts, based on the learnings from the Optima and the Cirrus ranges. And while we aren’t the champions of business class doors, Safran has catered to the emerging trend, but with a smart ‘Flexible Door’ that answers the limitations inherent to doors by offering a door made from flexible materials that enable a lightweight integration, having a minimum impacts to the passenger’s valuable living space, while providing a simple solution for the suite’s certification. Doors on seats can remove up over an inch of seat width when it comes to passenger space, but the flexible door option reduces the encroachment on the seat width. On narrower twin aisles such as A330 and B787 where space becomes tighter, this seat and its flexible door solution will become an attractive solution to deliver privacy in a viable way. No details have been released yet on which airlines have selected this product, but we can see this becoming a natural replacement to the Cirrus seat.