Meet the new U.N.I.T.E.D… oh no wait, that’s just the unfortunate window/logotype placement. United have revealed their latest livery, not on one of the grounded 737 Max aircraft, but one of the 737-800’s with scimitar winglets. “The design is a visual representation of United’s ongoing brand evolution while staying true to the history it has developed over the past 93 years of proudly serving customers around the world,” states the airline’s press release.

While in theory the airline had a blank canvas to work from, the next iteration of United’s livery still mainly features the colour blue. But now there are three shades – Rhapsody Blue, United Blue and Sky Blue – are used throughout the design in a way that “pays respect to United’s heritage while bringing a more modern energy.” The airline is keeping its iconic globe logo on the aircraft tail – something it inherited from the merger with Continental back in 2010 – which represents the carrier’s expansive route network of reaching 355 destinations in nearly 60 countries.

We actually like the tail design. It is updated with a gradient in the three shades of blue, while the logo will now appear predominantly in Sky Blue instead of the gold which is fast disappearing from the brand palette. 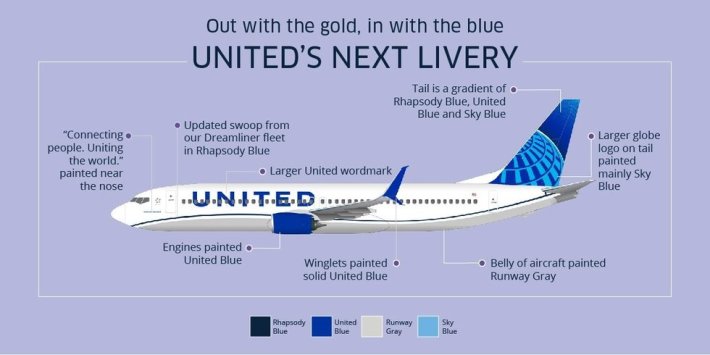 The engines and wingtips are also being painted United Blue, and the waved cheat-line from United’s Dreamliner fleet will be added to all aircraft, but now in Rhapsody Blue. United’s name will appear larger on the aircraft body and the lower half of the body will be painted ‘Runway Gray’ a sensible addition that hides dirt from the most exposed part of the aircraft. United’s mission of “Connecting people. Uniting the world.” will also be painted near the door of each aircraft. 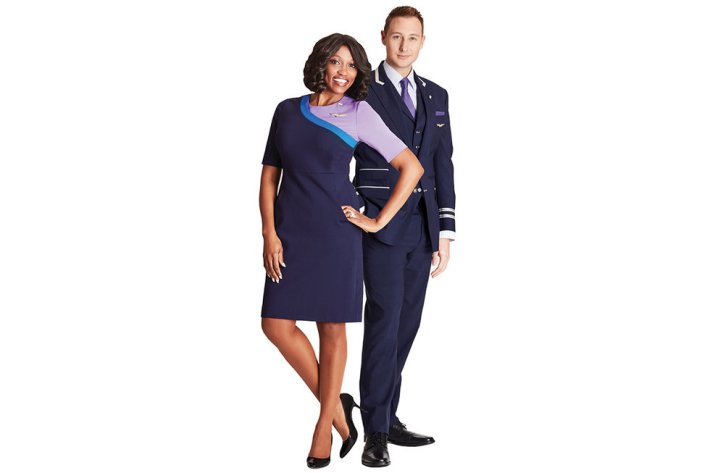 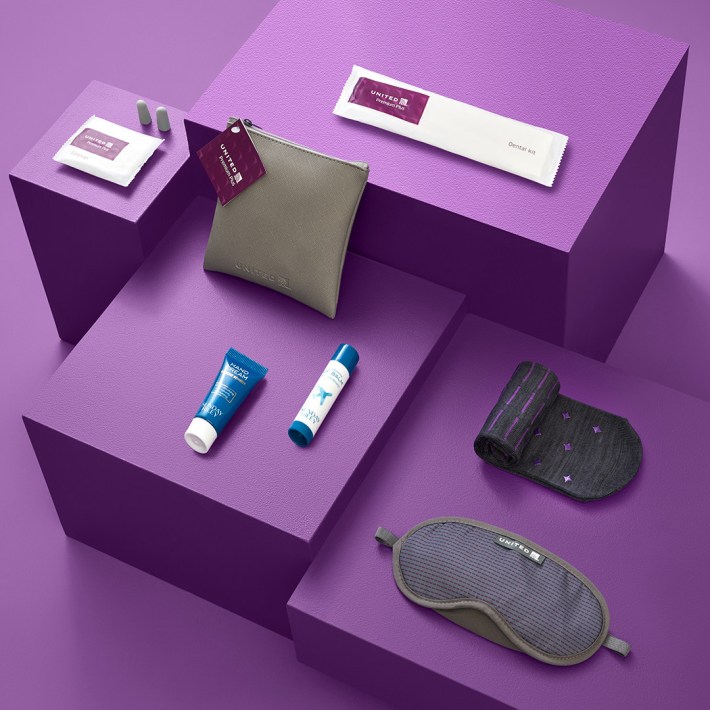 Will your next United flight feature the new livery any time soon? The chances are, probably not. On average, United aircraft receive new paint jobs every seven years. The first aircraft painted with the new design is a Boeing 737-800, which will be joined by a mix of narrowbody, widebody and regional aircraft with the updated livery throughout the year.

And what of our view? The design certainly won’t win any creativity awards, after all, it’s a small shift on the existing Dreamliner livery on United’s existing fleet. But that’s not what livery refreshes are always about. This updated livery brings the current livery in to 2019 with confidence using a very simple shift in colour and design elements. It’s certainly well considered, but United isn’t known for its avant-garde design flair so the execution is pretty much what we expected. But the expected doesn’t fill us full of joy, just a head-nod and back to the day-to-day of the airline world. Maybe it is just business as usual at United.