The end of the month will see ANA welcome the addition of a range of new services at Haneda Airport Terminal 2’s international area. The airline has invested in passenger enhancements across the terminal including three new lounges, self-service baggage drops and enhanced security check procedures. While we won’t be seeing these bursting at the seams because of the delay to the Tokyo Olympics this year, they will be an added bonus for those still travelling internationally to and from Japan. 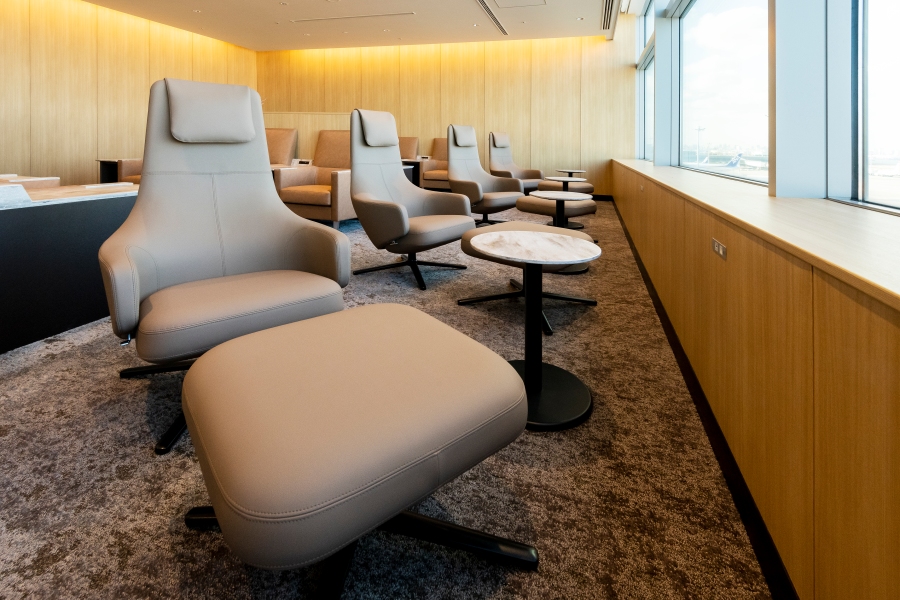 “ANA is always looking for opportunities to improve the passenger experience, and the coming changes at Haneda will make using the airport more convenient and comfortable for all ANA passengers,” said Masaki Yokai, Senior Vice President of ANA. “The three revamped lounges underscore ANA’s commitment to superior comfort and culinary excellence and the new technological features at Haneda will also be a significant step forward. We are doing all we can to not just keep pace with industry changes but to stay ahead of the curve.”

Following the self-explanatory naming architecture, ANA’s new lounges will be called “ANA SUITE LOUNGE”, “ANA LOUNGE” and “ANA ARRIVAL LOUNGE.” Just like the new aircraft cabins brought to life by Acumen, these lounges have also been designed by the renowned Japanese architect Kengo Kuma, aligning with the “ichigo ichie” (treasure every encounter as if it were once in a lifetime) design concept.

Inspired by Japanese heritage, the new lounges will incorporate traditional architectural design and the use of natural colours, ambient lighting and Japanese art. With approximately 1300 combined seats, the lounges will be among the largest in Japan. Both the ANA SUITE LOUNGE and the ANA LOUNGE are open from 5:00 until the last flight of the day departs.

The LIVE Kitchen will have actual chef present to prepare passenger orders right in front of them. The morning menu will include a selection of omelets with a choice of toppings and a dinner selection of nigiri sushi, prepared freshly by a skilled sushi chef with carefully selected ingredients. This luxury dining area also offers a noddle bar, a la carte dishes and a traditional restaurant-style dining area called “DINING h.”

It’s not just dining that’s becoming an art form. The addition of central bar makes this the first ANA SUITE LOUNGE with a bar counter where passengers can sit in front of a barista or a bartender. In the morning hours, expect espresso magic thanks to a barista non hand, and come afternoon, a bartender will prepare a drink menu consisting of over 20 cocktails, wine, Japanese sake and more.

There’s a distinct connection now between ground product and inflight, thanks to Kengu Kuma brushing his stamp across both passenger experiences. The new napping area with six beds and five reclining chairs will offer guests the opportunity to rest while waiting for their flight, akin to the First Class Suites found onboard the airline’s retrofitted 777’s. Adjacent to the napping area is a private area with booths featuring televisions so that guests can relax and enjoy entertainment of their choice. 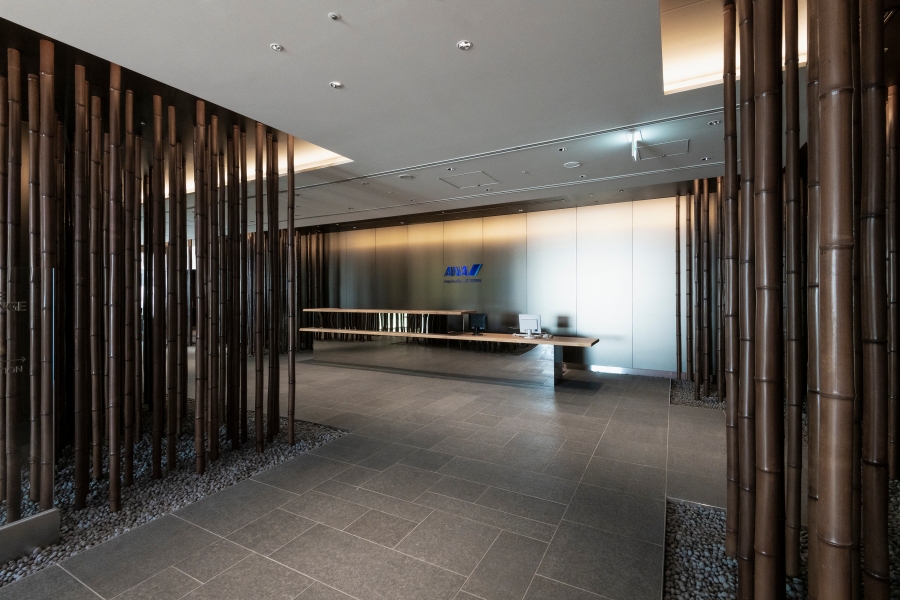 The lounge is accessible by meandering through a bamboo forest, where the exclusive reception area features a traditional Japanese garden creating a calm and spacious atmosphere for guests to enjoy. The reception will also include wheelchair accessible counter space to provide convenience for passengers with disabilities.

Unlike the ANA SUITE LOUNGE, which is open to first class and higher tier frequent flier memberships, the spacious new “ANA LOUNGE” will accommodate up to 900 guests travelling in all cabins from Premium Economy upwards, with an open layout surrounded by windows allowing for plenty of natural light to enter the space. 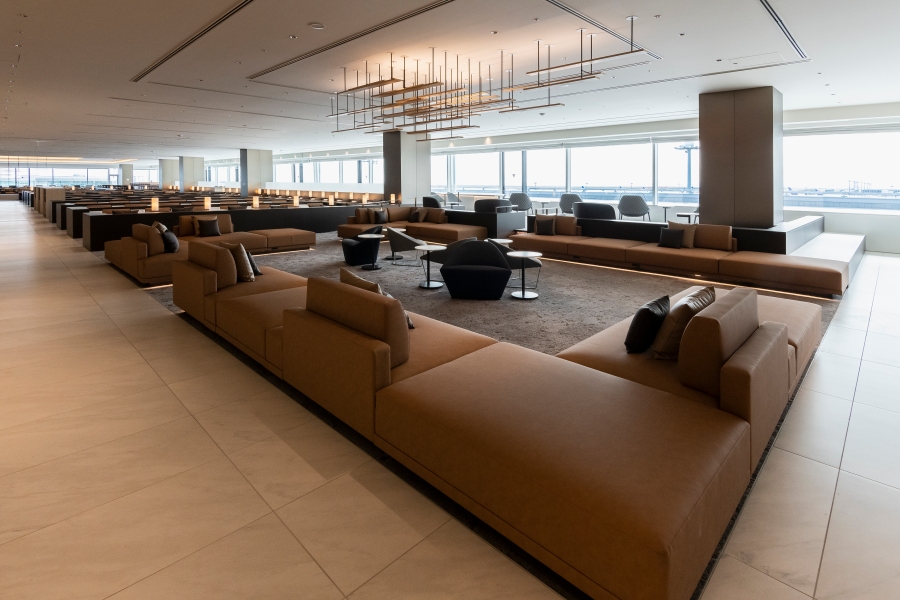 In lighter tones than the premium Suite Lounge, the space certainly feels open and spacious, and is filled with banks of seats in traditional Japanese style. At the buffet area, chefs will be present to cook the meals as they are served. The buffet will also feature a noodle bar.

Next to the bar, the lounge will also feature a new booth seating area where passengers can enjoy a drink menu featuring a selection of over 20 cocktails, wine, Japanese sake and more.

Private seating booths aren’t new, in fact, the likes of Cathay Pacific, Virgin Atlantic, Singapore Airlines to name a few all feature these private mini rooms, but this lounge is the first instance of seeing ‘booths for two’ as well as individuals, responding to the increasing bleisure trend of travelling with a partner. In total this lounge will feature no less than 24 booths, mixed between solo and dual configurations.

Of course there’s also a kids room, where small children can play in a safe and secure environment. 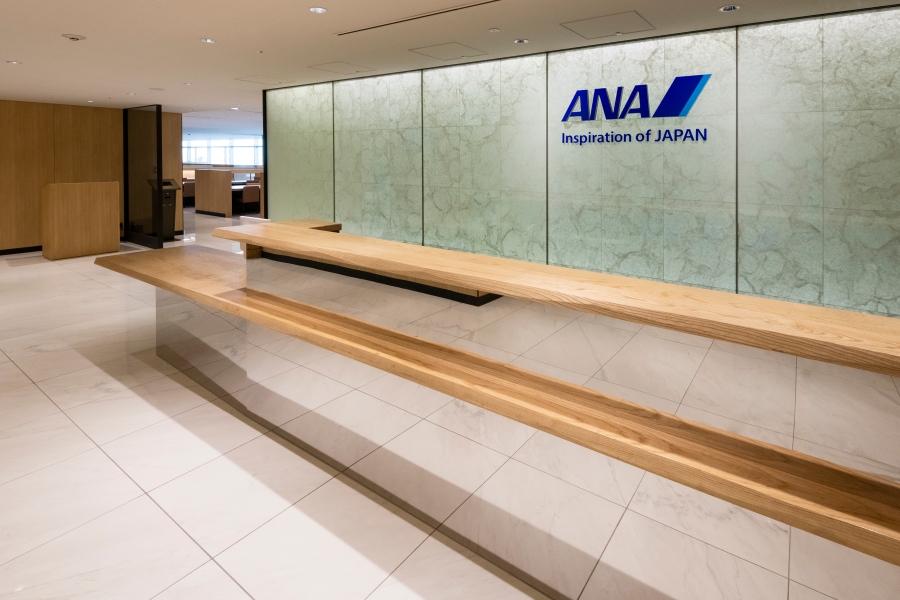 Like most arrival lounges, this Haneda arrival lounge is open from 4:30am to 12:30. The “ANA ARRIVAL LOUNGE” has been designed with ultimate passenger comfort in mind. The design concept will utilise an open floor plan, creating an area surrounded by large windows. The reception will also include wheelchair accessible counter space to improve convenience for passengers with disabilities. 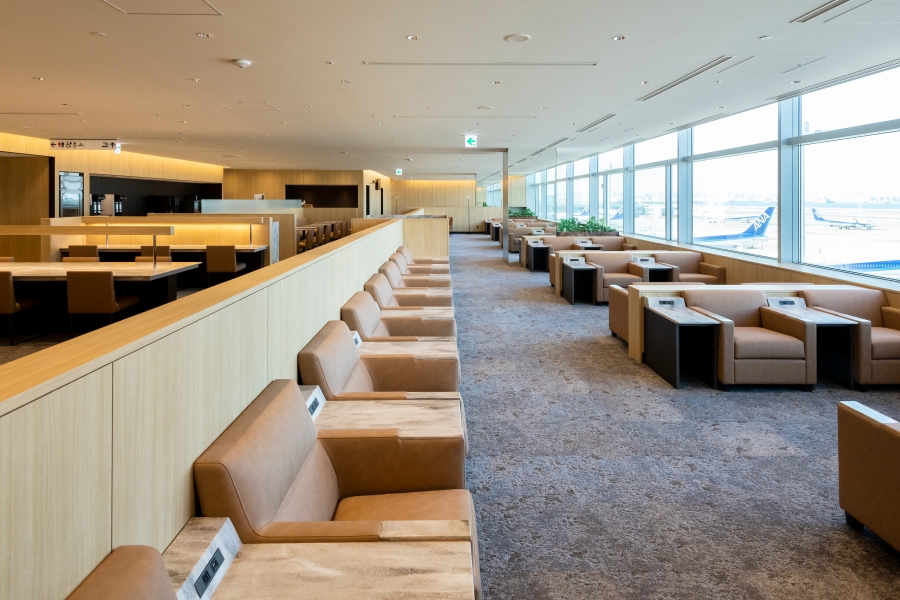 Light meals and beverages will be served at the arrival lounge, but most will be visiting to refresh, so good news, there will be total of 18 shower rooms for the passengers to freshen up before they embark on the next leg of their journey. Two of the shower rooms are designed to facilitate easier use for passengers who need assistance.

Perhaps the most awesome and #avgeek of all elements will be a footbath area with a view of the ocean beyond the runway, providing a space where passengers can relax and experience a moment of tranquility at the airport. Could you think of anything more awesome? 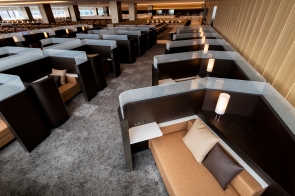 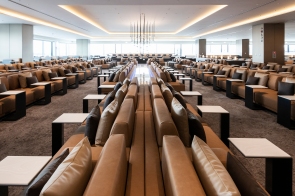 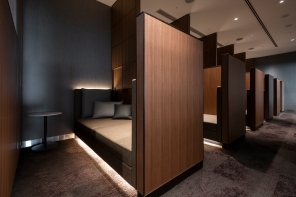 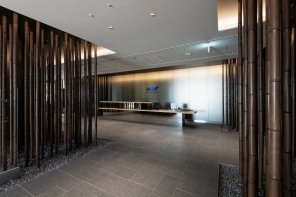 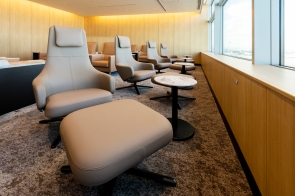 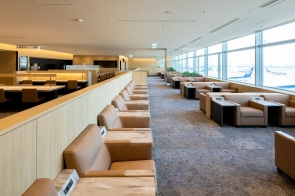