JAL Do It Again And Buck The Trend With Their 787 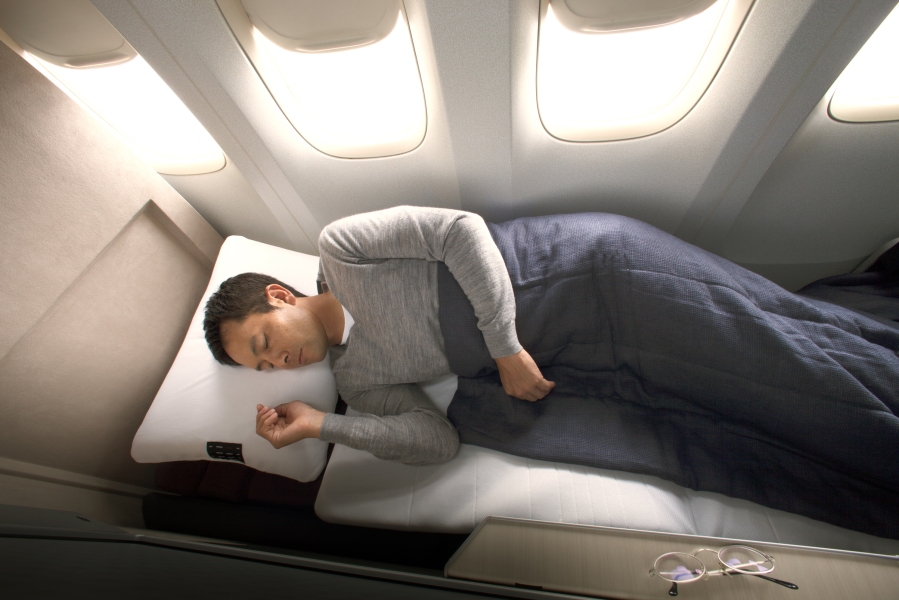 Just when we thought we were going to give up on hoping for a less cramped 787 economy cabin, JAL come along and show us that passengers should be treated to extra space, in every cabin. ANA did offer a 2 x 4 x 2 seating configuration in their 787s but that has been phased out in their later 787s, offering a 3 x 3 x 3 config, squeezing the passengers in. JAL have decided their reconfigured 787-8s, initially flying to Frankfurt in December this year and New York in 2015, will still be maintained (yeay!) in a 2 x 4 x 2 seating plan in economy and in their new super spacious premium economy a 2 x 3 x 2 configuration.

This super luxurious Dreamliner is all about premium, and over half the floor space is dedicated to their business class, a large portion to premium economy and only the section after the wings will feature this new super spacious economy, with a whopping 5 inches extra legroom.

The new Dreamliner, has a huge drop in passenger numbers, reducing from their current 186 passengers to a vacuous 161 passengers. 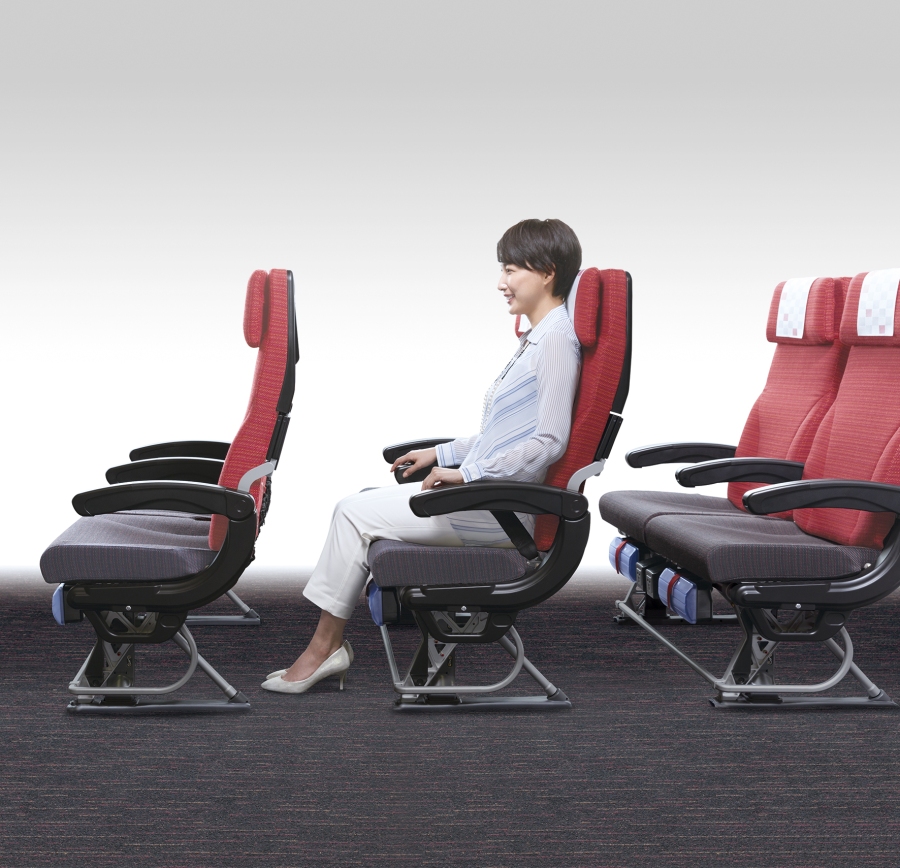 Economy
The economy cabin boasts their new JAL Sky Wider II seats, which have 33 inches of seat pitch, and a super wide 19 inches between armrests (that’s an extra inch on what Airbus says should be standard for economy seats) The seats also offer a 10.6″ touchscreen TV and AC power and USB point in every seat. 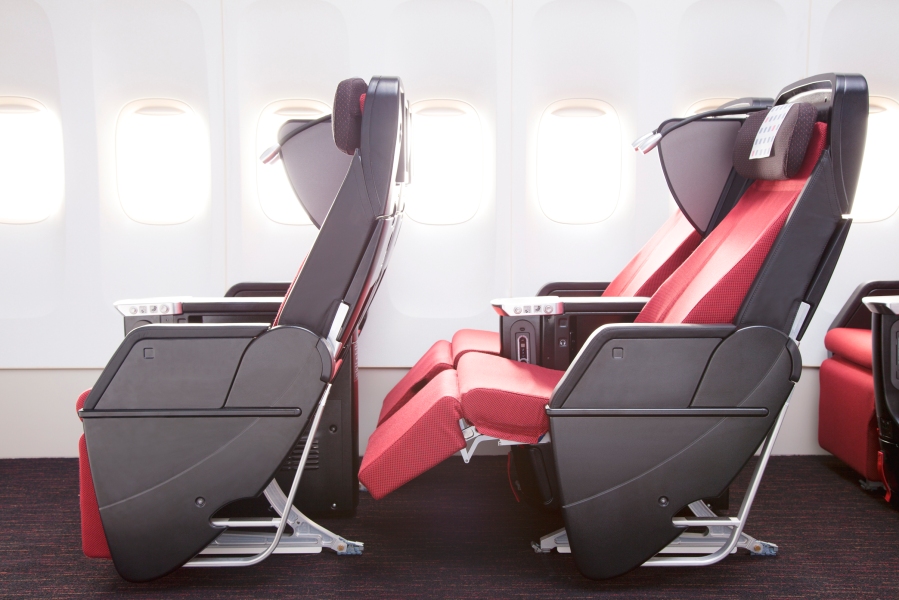 Premium Economy
Passengers in this new seat product, are in for a real treat, with amazingly comfortable seats. Whilst the seats are still only 19 inches between armrests, there is a centre console between seats to separate you a little more from your neighbour. What’s more, a vast 42″ of seat pitch (4″ more than international carriers such as BA and Virgin Atlantic) means you won’t feel cramped.

Premium Economy passengers can enjoy a larger screen, with 12.1″ of touchscreen entertainment (although front row seats of the cabin will still have a 10.6″ screen) The seats are of the slide type, meaning that as you recline, you leave the passenger behind you with exactly the same amount of space, so recline to your hearts content. These higher backed seats and centre divider, mean a lot more privacy too, perfect for getting some shut-eye. 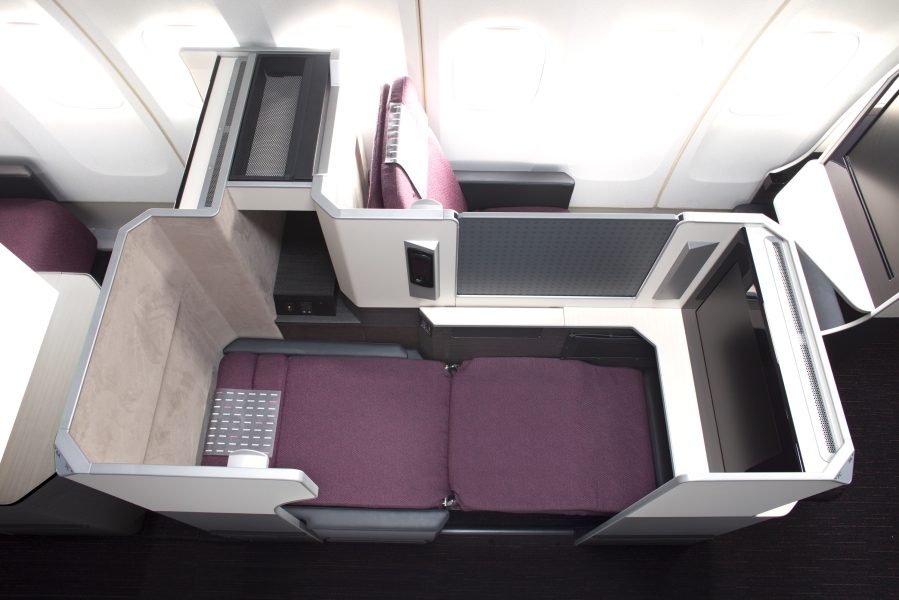 Business Class
JAL’s 787 business class is the same as that found on their larger aircraft, but configured in a staggered 2 x 2 x 2 seating arrangement, allowing every passenger aisle access and increased privacy. 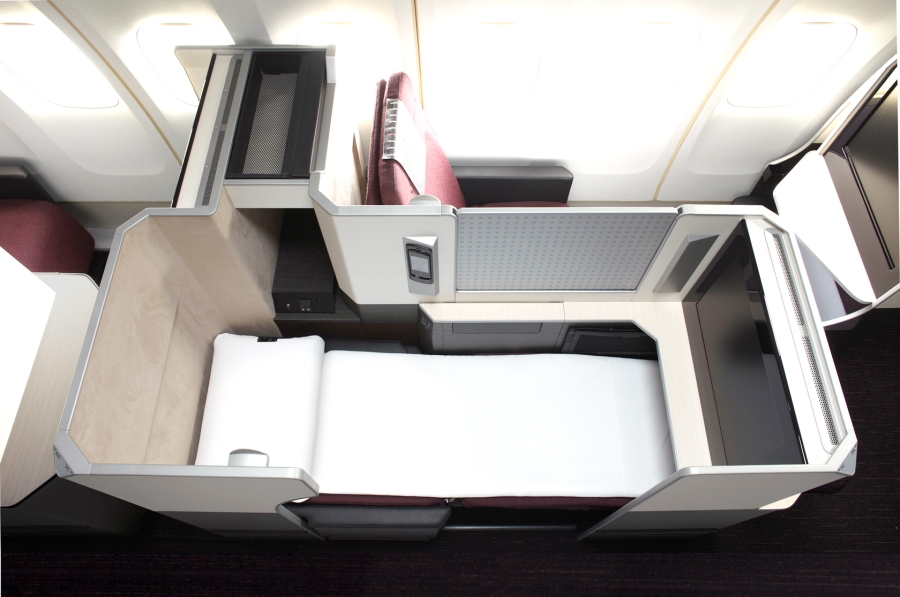 With 74 inch beds, and 25″ wide, these are seats that are truly made for sleeping, especially with their new custom created S-Line mattresses and pillows. When not sleeping the seats are still a comfortable 21 inches wide and feature a 23 inch widescreen touchscreen TV. The new Entertainment system allows business class passengers to order food and duty free direct from their seat, and the business class seats offer a handheld controller too, so there is no need to reach to the screen.

For those travelling together there is a retractable seat divider, allowing for couples to enjoy their flight together.

Also being a Japanese carrier, expect more gadgets all over the aircraft, including a warm-water Toto Washlet, which we won’t go into too much detail, but should be an interesting experience, especially during turbulence!