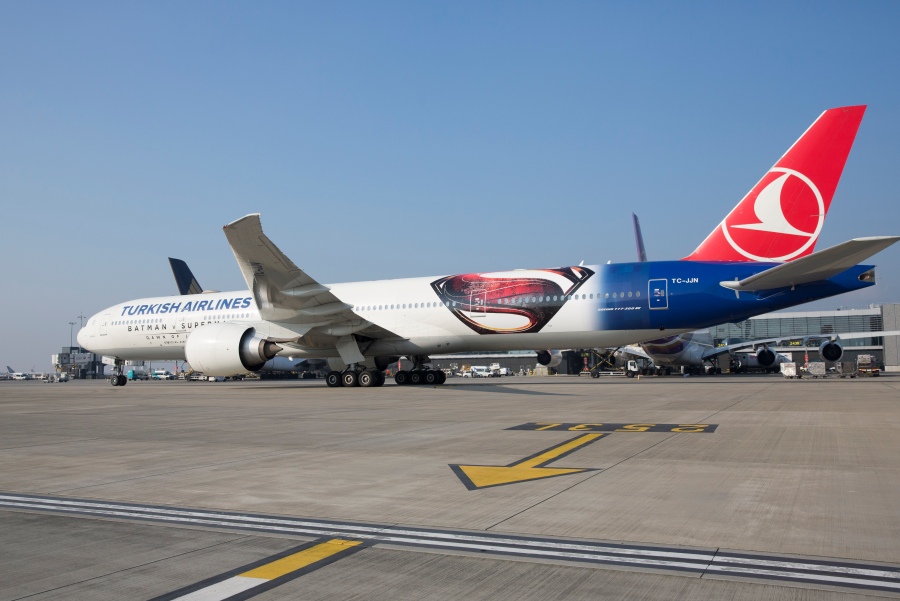 Unless you’ve been living under a rock, you are probably aware of the new Superman Vs. Batman movie currently out at the cinemas. The latest in the superhero movie franchise starring Ben Affleck and Henry Cavill as the two crimefighting men in capes.

Also, the main partner of the movie is Turkish Airlines who cleverly put themselves at the heart of the action. Even Wonder Woman flies on the airline, opting for the business class comfort over her invisible plane.

The airline even started an advertising campaign that promotes the carrier’s new routes Gotham City and Metropolis (which allegedly was the topic of some amusement, as after the commercial some people wanted to purchase tickets to the two fictional cities). The YouTube video has already reached 27million views in just two months, showcasing the success of this brand partnership for the carrier.

However, back in the real world Turkish Airlines also wrapped one of their aircraft in a dual-sided design for one of their 777-300ERs to celebrate the film launch. On the boarding side, the superman logo is emblazoned on the empennage, whilst on the other, the large batman symbol can be seen. 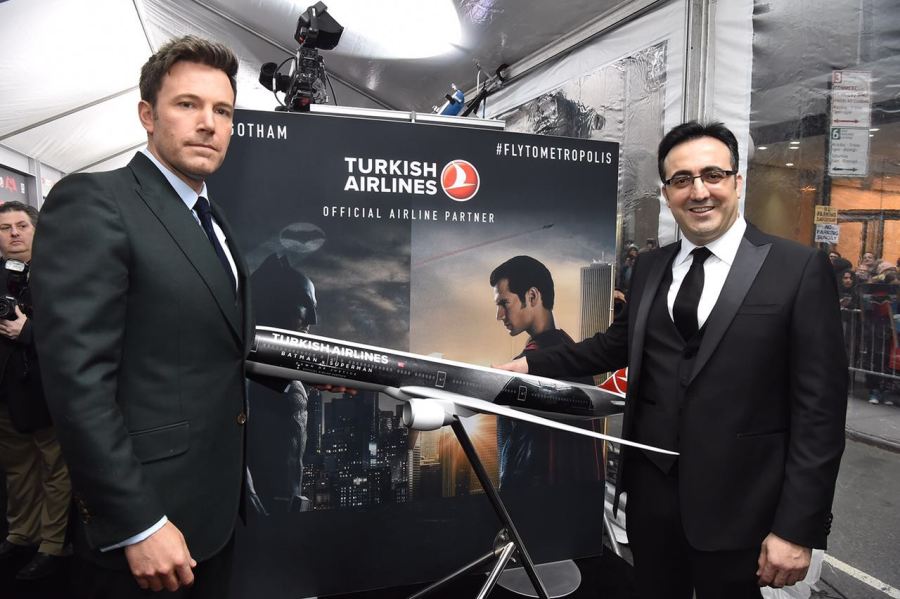 It may have been flying for a matter of weeks already, but the images from the movie launch show how the livery may have originally been designed. Instead of just featuring on the rear 1/3rd of the fuselage, the livery on the scale model aircraft run the entire length of the fuselage which much more dramatic effect.

It’s not clear whether this full-aircraft design is an indication of how the design was going to come to life, or whether its purely for promotional uses on the red carpet, either way, this is another special livery aircraft that is well worth hunting out for on an airport apron near you. Now, where did we park our invisible plane?