Brussels Airlines has had a pretty eventful few weeks excluding the incidents at Brussels Airport. A new Magritte special livery, the launch of a new route to Toronto, and now a shiny red aircraft called ‘Trident’ to celebrate the Belgian national football team ‘The Red Devils.’ The aircraft features a collage of the national team in action on the pitch and a dynamic Belgian ribbon running the length of the fuselage. 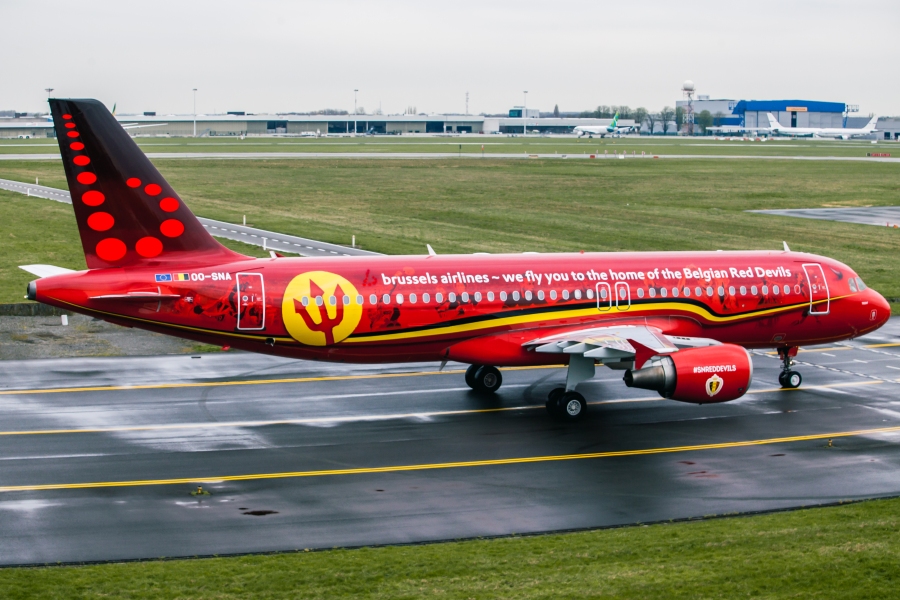 The aircraft, just like Magritte and Rackham, features artwork inside the aircraft as well as the exterior. Bulkheads and overhead lockers are illustrated with 33 Belgian Red Devils players and their coaches, including Marc Wilmots and Vital Borkelmans, together with several of the best Belgian football fans.

The third addition to the ‘Belgian Icons’ suite of aircraft can be followed online through Brussels Airlines microsite. The aircraft also features a hashtag #SNRedDevils to promote the aircraft on social media.

Our question is which of Brussels Airlines A320’s is your favourite? Rackham? Trident or Magritte? We know which ours is! 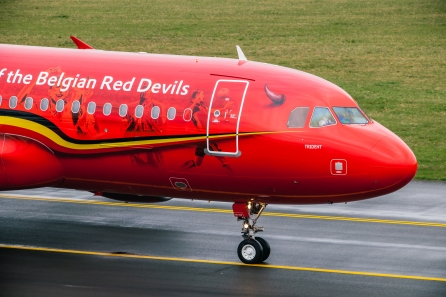