LATAM Finally Reveal New Livery And Brand Ethos. But Do We Love It?

Today was the big reveal for LATAM, where new livery, full brand realisation, uniforms, airport signage and counter design were finally revealed to the public as well as a consolidated website (www.latam.com).

Everything has been perfectly timed to coincide in May, with liveries, website and even new branded magazine for the combined carriers called Vamos all launching at the same time.

“In the coming weeks, our passengers will start to experience LATAM with the ability to book tickets via the LATAM website, accumulate kilometers using LATAM’s frequent flyer program, check-in at LATAM counters, relax in LATAM VIP lounges and most significantly, fly on LATAM-branded aircraft. We will continue to optimize the most extensive route network in Latin America, the most modern fleet in the region and invest in digital solutions to offer our passengers a more personalized travel experience.” said Enrique Cueto, CEO of LATAM Airlines Group.

The new livery will first appear on a 767, which will surprise those who had seen a leaked image of a tail of a 787 a few weeks ago. The Boeing 767 will depart from Rio de Janeiro on 1 May on a one-off journey to Geneva to collect the Olympic torch. The specially prepared aircraft will then return on 3 May to Brasilia, the starting place of the Rio 2016 Olympic Torch Relay between more than 300 Brazilian cities. 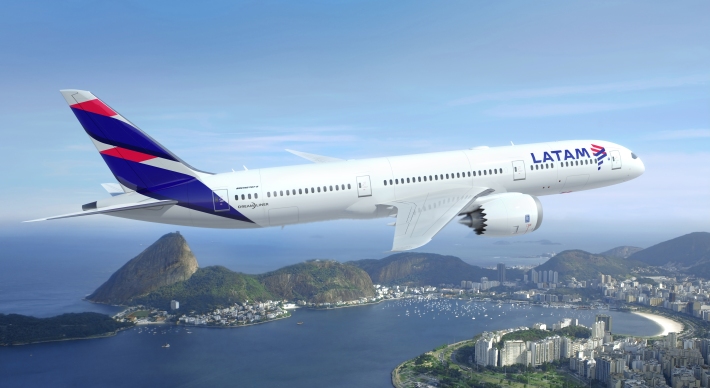 The roll out of the new brand is going to be fairly fast with more than 50 aircraft anticipated to be rebranded before the end of 2016 and the fleet-wide process is expected to be finalized in 2018.

As part of the new brand roll out, LATAM’s evolution will also become visible in 13 airports from the 5th May where the group’s airlines operate including their hubs in Santiago, São Paulo (Guarulhos), Lima and Brasilia as well as Río de Janeiro (Galeão), São Paulo (Congonhas), Buenos Aires (Ezeiza), Bogotá, Quito, Miami, Madrid, Guiyaquil and New York (JFK). Changes will range from new-look check-in counters and VIP lounges to rebranded boarding passes and screen displays.

LATAM Airlines Group is using new technology to paint LATAM aircraft that is 25% lighter than conventional methods, which the group expects will result in an average weight reduction of 20kg per aircraft.

The painting process for each aircraft requires multiple applications of paint and Clearcoat, a new technologically-advanced gloss coating which protects against extreme temperatures and aerodynamic wear.  In total, repainting takes six days – the first two days to remove the original paintwork, followed by the application of multiple coats over four days. In terms of quantity, a Boeing 787 for example, requires 300 liters of paint and 150 liters of Clearcoat. 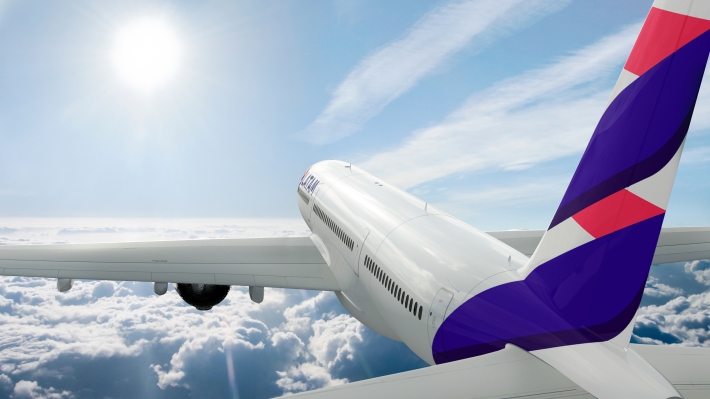 The new Clearcoat technology, used by LATAM, will also reduce each aircraft’s impact on the environment through the weight savings. It is estimated that the new technology will achieve a reduction in the group’s CO2 emissions of 3,900 tons per year.

We are still pretty undecided on the new livery. Both TAM and LAN had fairly strong and easily recognisable liveries. Both brands were strong and well loved across the South American Continent, which meant any livery that was going to be rolled out would receive negative feedback from those closest to the brands. LAN especially had a very beautiful livery design, that had flowing curves that managed to visually disguise the physical form of the aircraft.

Interbrands’ treatment is contemporary, strong, and easily identifiable, and as such responds well to the TAM and LAN current brand impact. However, the large white blank canvas on the fuselage and somewhat contemporary colour scheme leaves us still a little cold – for a continent so well known for their warmth and personality. We also feel the indigo-blue is too strong and powerful compared to the coral colour on the tail.

This isn’t to criticise Interbrand, the brief is tough and as such we think Interbrand we have done well, and as we have stated before, is the first time an airline has had to not only combine two strong brands, but also reflect an entire continent, rather than one country – so compromises would have to be made, and no brand response would ever be able to reflect the sensitivity of such a diverse continent.

However, for a region so passionate and so diverse, we would have hoped the brand would have evolved further than the original logo design, and injected more colour from the visual identity palette and more shape and form than a literal translation of the logo on the tail.

It’s this pure ‘perfect execution vs missed opportunity’ that leaves us a little undecided, and as American Airlines has proved to us, a united brand can be equally loved, and we very much hope that public perception of the brand warms to the new designs in equal measure, and a united South American carrier will rise from the ashes, be a truly global player, instantly recognisable from afar with a passenger’s understanding of the truly exceptional service offering offering the warmth that we feel might be lacking in the livery. 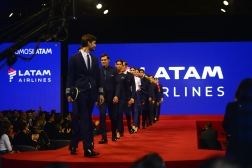 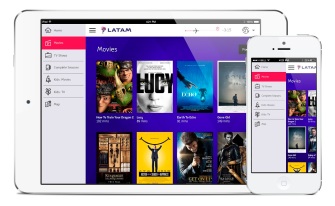 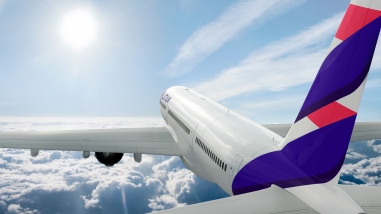 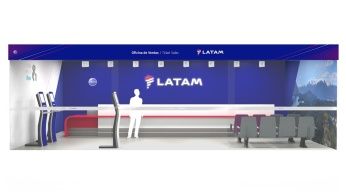 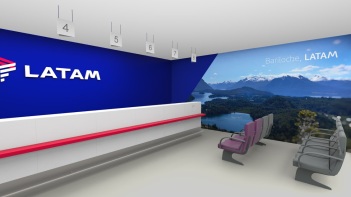