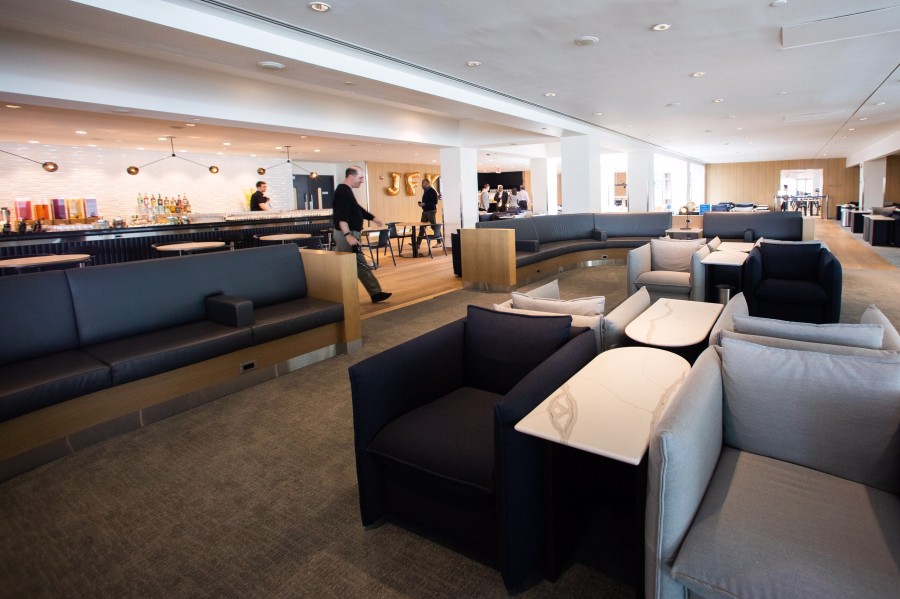 As British Airways’ flagship US lounge, the space (at 22,000sq ft) will play host to the twelve Transatlantic flights a day BA flies from the terminal.

The new space includes relaxed seating areas as well as work stations with power outlets. Other areas include a Sony entertainment room, and the reopened Elemis Spa offers a range of treatments. The airline sees a lot of late night departures from JFK, so for Club customers that plan to sleep on board, there is a new pre-flight dining experience with a brasserie-style dining room where travellers can enjoy freshly prepared dishes from an extensive menu or a range of smaller items chosen to allow customers to ‘grab and go’.

There is also a granite topped Quaich Bar, created in partnership with the Quaich bar at the Craigellachie Hotel in Speyside, Scotland. An experienced bartender will be on-hand at peak times to serve a full range of fine wines and cocktails such as the Broadway Copper Cup made with Copper Dog whisky, orange bitters and berries.

An innovative new addition to the lounge is a BrewDog craft beer room, in partnership with the brand, a beer has been designed specifically for British Airways, named after its flight call sign – Speedbird 100.

We have to admit, while we were fans of the new Rome and Aberdeen lounges, with the minimalist design featuring iron metalwork, swathes of wooden panelling and a cooler paired back design aesthetic; on the sheer scale of this lounge it feels more vacuous and unfinished in parts. There is a sea of neutral colour tones that are screaming out for artworks or splashes of colour, but perhaps this element will be brought by the individuals that will come and go through the lounge.

Customers at JFK Terminal 7 have also seen changes to the public areas and gate spaces to make them more appealing, welcoming and comfortable along with improvements to the customer experience at check-in, which are currently underway. Further investment is planned with new British Airways lounges in San Francisco, Geneva and Johannesburg set to open in 2019. 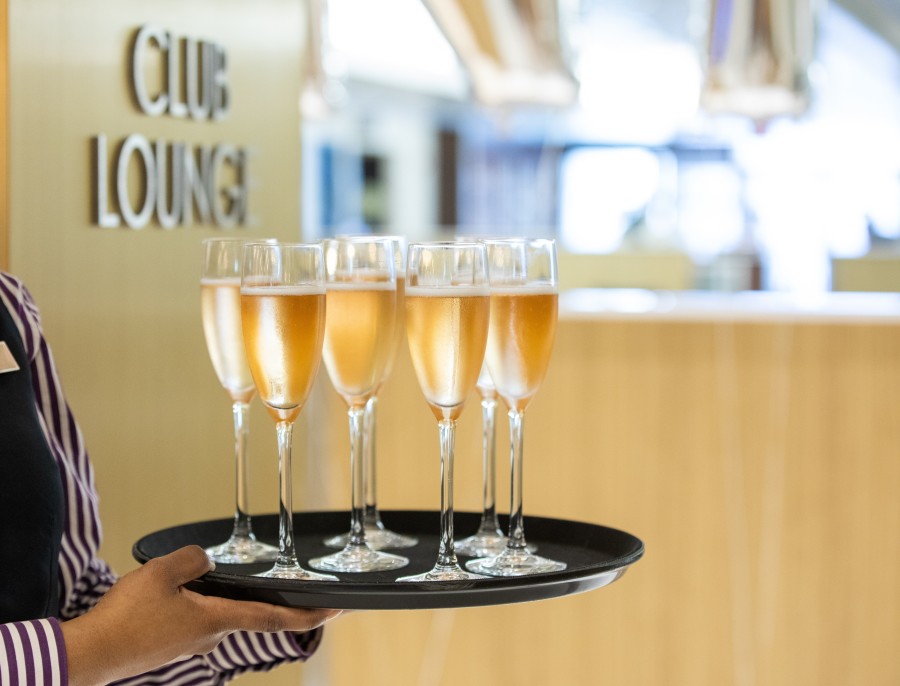 Meanwhile in Europe, BA’s customers will have access to new partner lounges across a number of European destinations. While these won’t be actual BA run lounges, the airline has partnered with third-party owned lounges, exclusively for the airline’s customers travelling in Club Europe and eligible cardholders.Eligible customers travelling from holiday hotspots Thessaloniki, Paphos, Heraklion, Dalaman, Olbia, Palermo, Rhodes and Split will be invited to use the third-party lounges where they can relax before take-off.

Both of these developments are part of British Airways’ multi-million pound investment, with the aim of offering access to more lounges across the globe. The lounges will be introduced for customers travelling throughout summer 2019.