Over the past few years Gulf Air has managed to really shake off its tired products of the past and reposition itself as a boutique carrier that gives the ME3 a run for their money. The 787 product is certainly stunning, and we thought that in many ways, thanks to their smaller more intimate cabins, offer a more superior product to their larger next door neighbours. It’s just their hub lounge product that needs a real refresh to compete with it’s real rival in the area, Oman Air.

However, while Oman Air opted for deep-recline seats in its narrow body cabins, Gulf Air has upped the anti with its latest single-aisle aircraft kitted out for longer, thinner routes such as Frankfurt, and soon possibly Paris too, leaving the carrier’s 787 for more flagship routes such as Heathrow and Bangkok.

Gulf Air is the first airline in the Middle East to operate such type with flat-bed seats – and it specifically means the A321NeoLR, as the hard product is really the same Collins Aerospace Diamond product found on Qatar Airways’s A320family aircraft which have been flying for a few years. Just received, this new aircraft for Gulf Air is the first of the 17 A321neo aircraft order which comprises of 8 that are equipped with flat-bed seats for such true mid/long-haul routes. 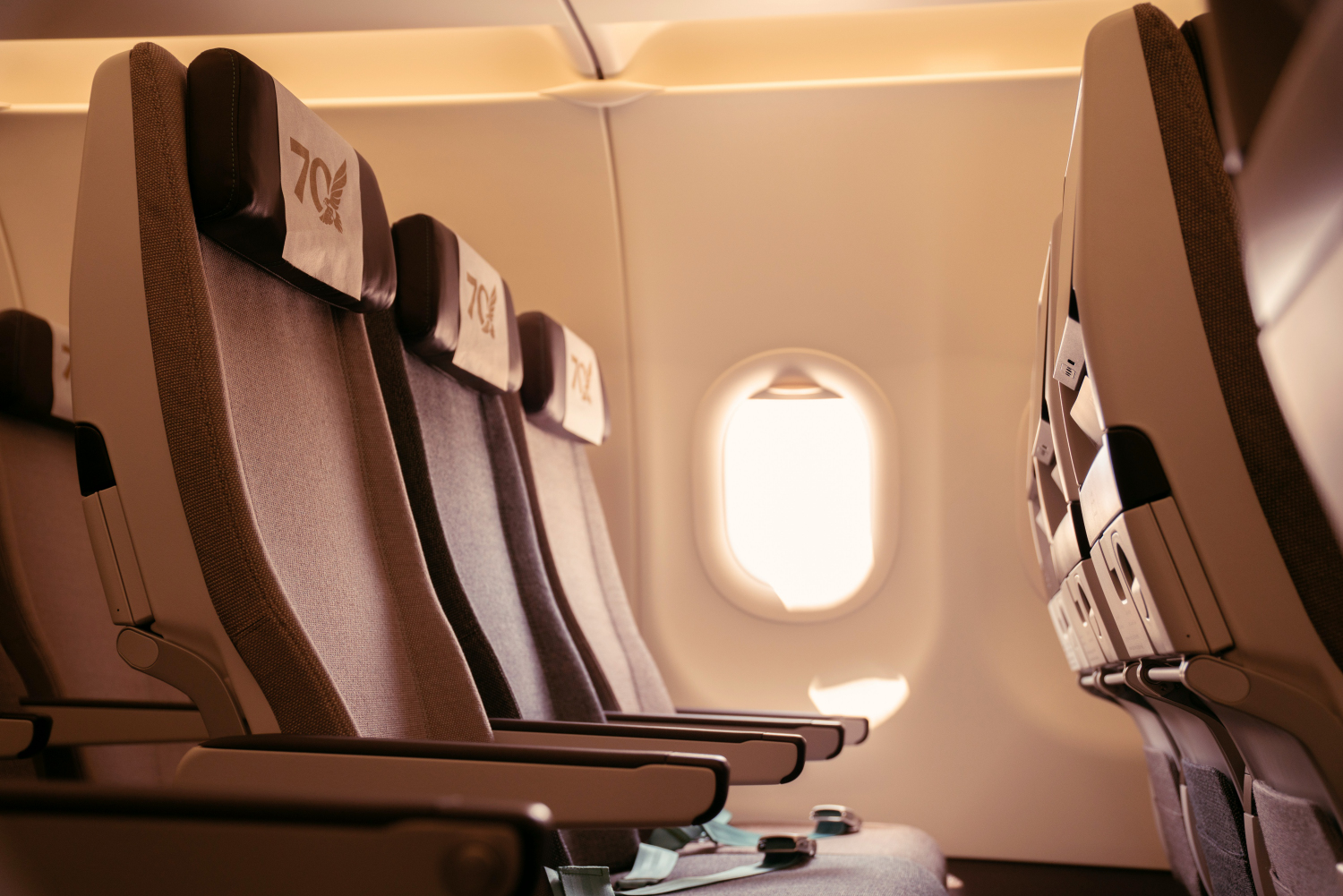 The airline opted for a healthy seat configuration of 16 flat-bed Falcon Gold seats and 150 economy class seats. All seats are equipped with latest in-flight entertainment technology and in-seat comfort features that are practical and user-friendly for every passenger. “The aircraft is the perfect size of a flight to Europe as it boasts the epitome of the overall boutique experience with the opportunity to provide more personalised service, cosier cabin and faster boarding and disembarking,” states the airline – although we would just call this right-sizing for these routes with lesser demand, but need for high-frequency.

What we do like is the level of consistency. The seats in economy match those in the 787 and the colour and trim is virtually identical. In Business Class the seats feature the same wave stitched pattern and the bulkheads have the same motif found in the 787s.

The brushed golden trim, deep muted blue-grey and slate tones create an air of sophistication in a similar approach to that of all Middle Eastern carriers (bar Emirates). The airline has opted against an all-aisle-product, however considering the carrier is often used by luxury leisure travellers from Europe heading to destinations like Maldives, Bangkok, Colombo or Manila (as was our frequent experience flying with the airline) so many passengers wish to travel side by side – just like Air Tahiti Nui’s approach. 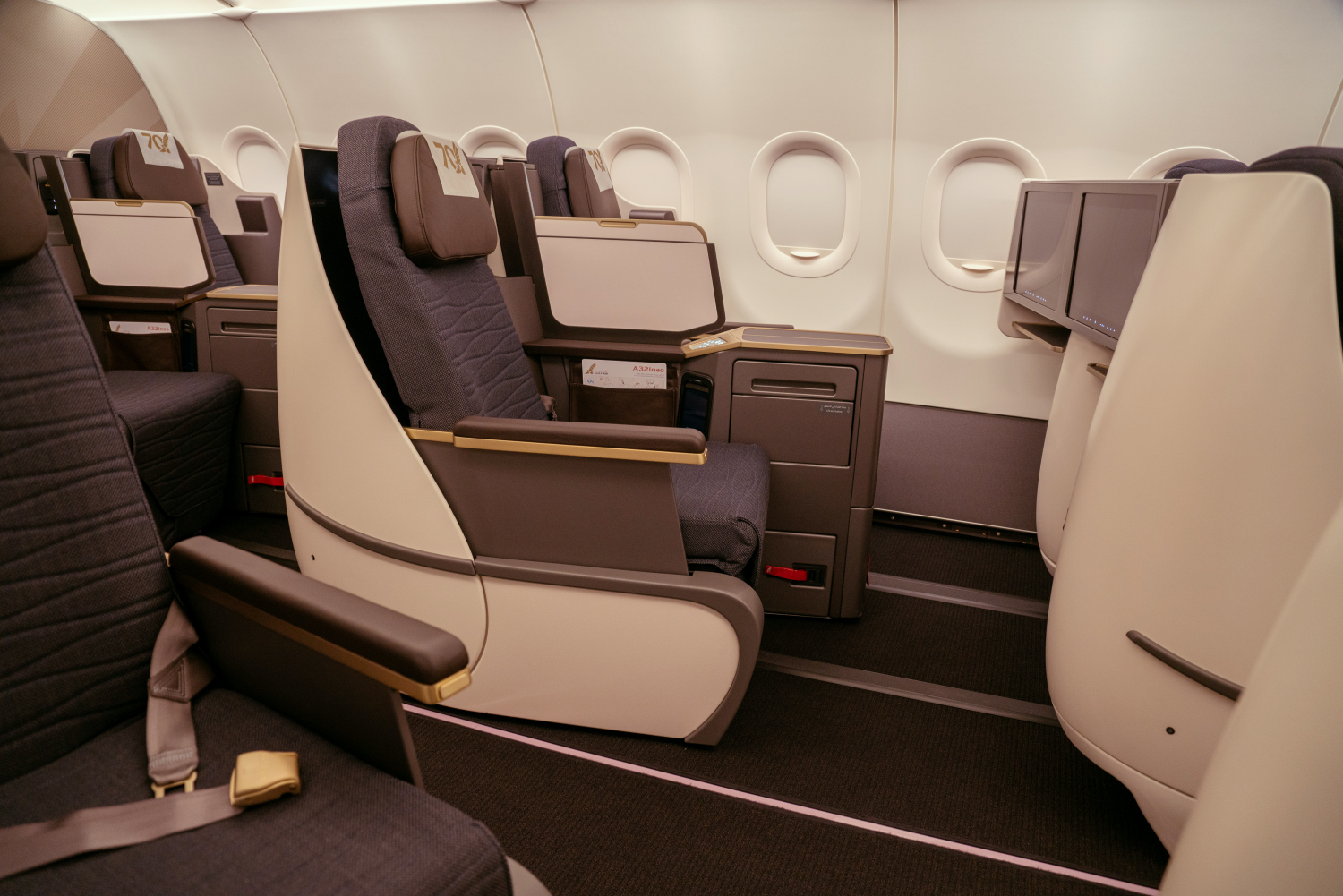 There’s no denying that the footwells on the Diamond seat are a little narrow, they’re perfectly acceptable for a 6-8hour flight which is all these aircraft will be flying. However the addition of the custom privacy divider is a nice touch and the detailing here is second to none. It’s certainly a product we’re excited to see flying, and seems like a solid, well considered option for such a boutique carrier. 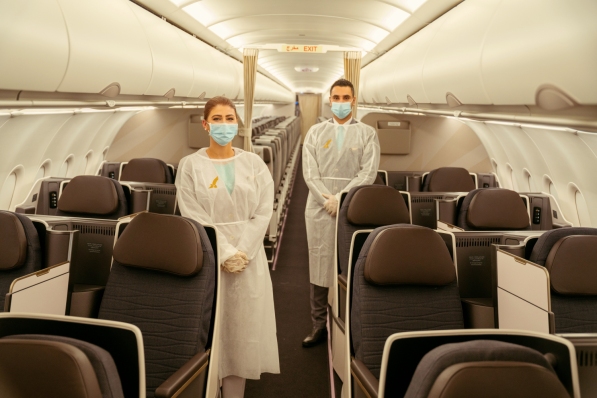 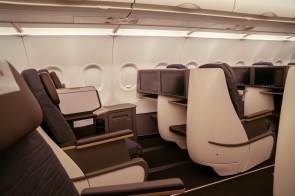 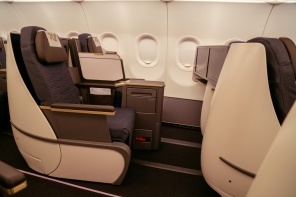