Alaska Launch Refreshed New Brand – And We Like It

Alaska Airlines revealed a brand new look to an airline brand that has remained virtually unchanged for 25 years. The new refreshed look comes a couple of years after the airline refreshed it’s iconic wordmark to make it more legible, removing the strikethrough that the letter K created. The new brand was launched in a maintenance hangar in SeaTac where a new 737-800 was revealed in the new brand. 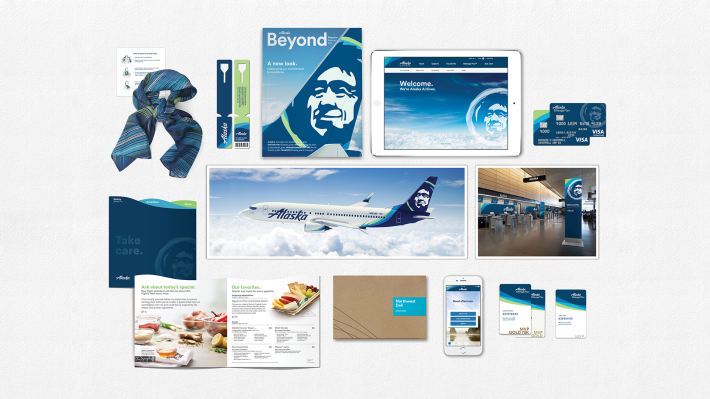 Beginning today, and throughout the rest of 2016, passengers and staff will see the visual updates in new signage at the airport, an all-new airplane paint job, a refreshed website and mobile app, as well as a full suite of other touch-points. 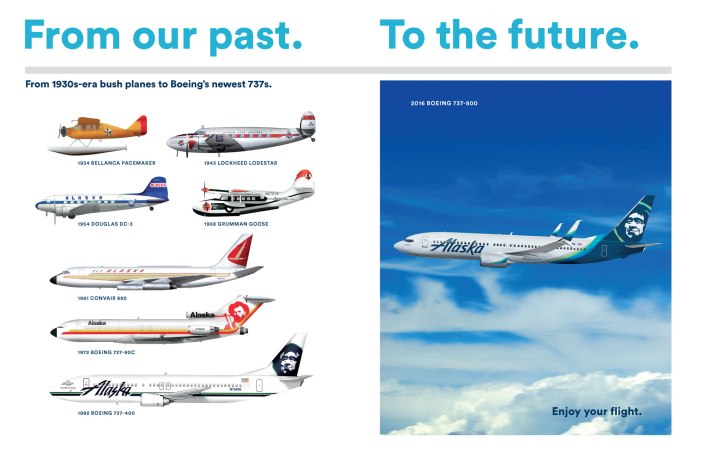 What is interesting to see is how the new brand came to life. “We’ve always been a company about genuine, caring service. Our values are staying the same, but it’s time for our brand to show up bigger,” says Sangita Woerner, Alaska’s vice president of marketing. “We’ve added 90 new markets in the past five years. As we continue to grow, we are updating the outward expression of our brand so it shows up bolder wherever we fly.”

“Our brand is our reputation and who we are as a company. The logo and identity, those are the outward expression of our strong commitment to our customers,” said Woerner.

But the brand shift seems to come up with an unexpected result. “Our goal was to bring more energy to the brand, so we brought color that represents the places we fly and our home here in the Pacific Northwest,” said Woerner. “We’re a brand that’s all about brightening your day, so we added some complementary blues and green to reflect that in our outward appearance.” 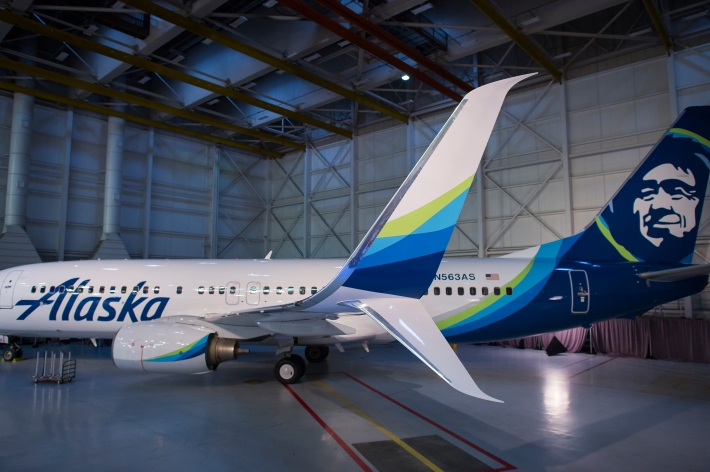 So whilst the carrier decided to name their new palette with colours such as “tropical green” for Hawai’i and Costa Rica and Alaska’s many international Mileage Plan destinations, and a palate of soothing blues: “breeze, midnight, atlas and calm.” the end result has been ribbon-like waves of colour that resemble the Northern Lights, something as synonymous with Alaska as the Eskimo on the tail itself. 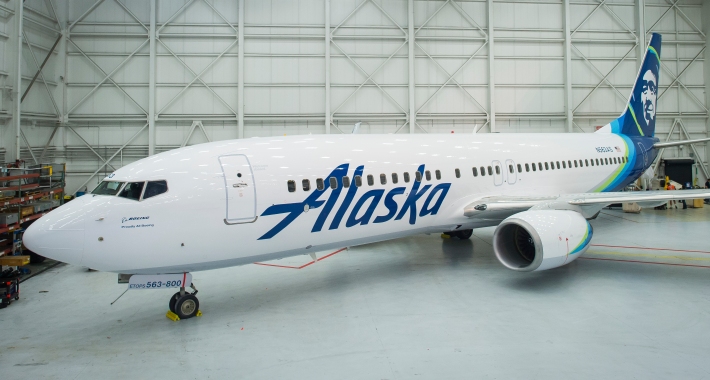 When it comes to the livery, we love the balance found on the aircraft. The tail design is equally balanced by a bold (and enlarged) wordmark. The Logo typeface itself has been simplified, making it bolder and more contemporary, whilst maintaining the unique hand drawn character that became an iconic part of the brand over the past quarter-century.

The Eskimo on the tail has also been simplified, partly due to the brand now living in the digital age. Alaska states “The Eskimo of the 1990s was too detailed to render well online and on mobile devices. The team smoothed and simplified his features and expanded his ruff to include pops of colour.” 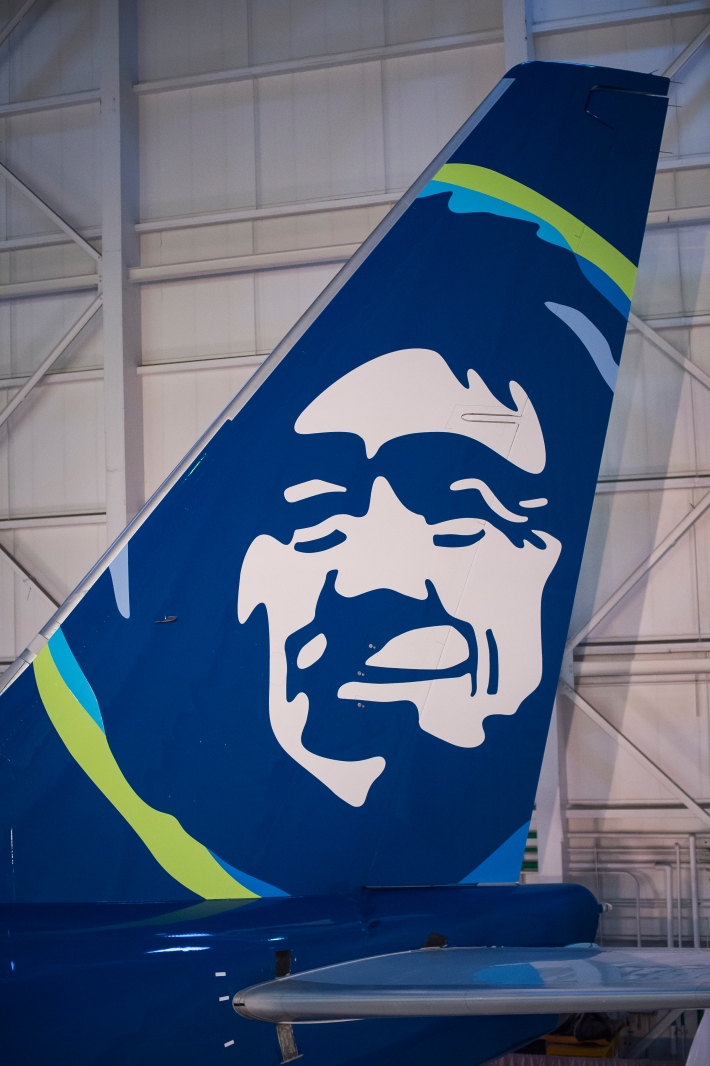 The addition to the ribbons of colour on both nacelles and winglets, along with grey underbelly mean that the aircraft are nicely balanced and Alaska has refrained from the simple Eurowhite design that many other carriers have opted to follow with their latest liveries.

“[The changes are] subtle,” said Alutiiq artist Alvin Amason, who shares a studio with Eaton and was also consulted by Alaska Airlines. “You haven’t revamped it – you’ve made it ‘today’.”

In focus groups before the brand updates, fliers unfamiliar with Alaska described its look as “corporate, functional and a bit cold.” The simple changes of streamlining the “icicle font” in the wordmark and adding green began to dramatically change people’s first impressions of the brand.

“This sets us up for future growth,” Woerner said. “We’re a fiercely independent company, and we’re updating our brand to take us into the future.” Horizon fans will be pleased to know the Horizon brand will follow suit in 2016 too.

Well done Alaska for creating a modern, contemporary refresh whilst remaining true to the original brand. Sometimes a gentle nudge forward is all that is needed to bring life back to a brand.