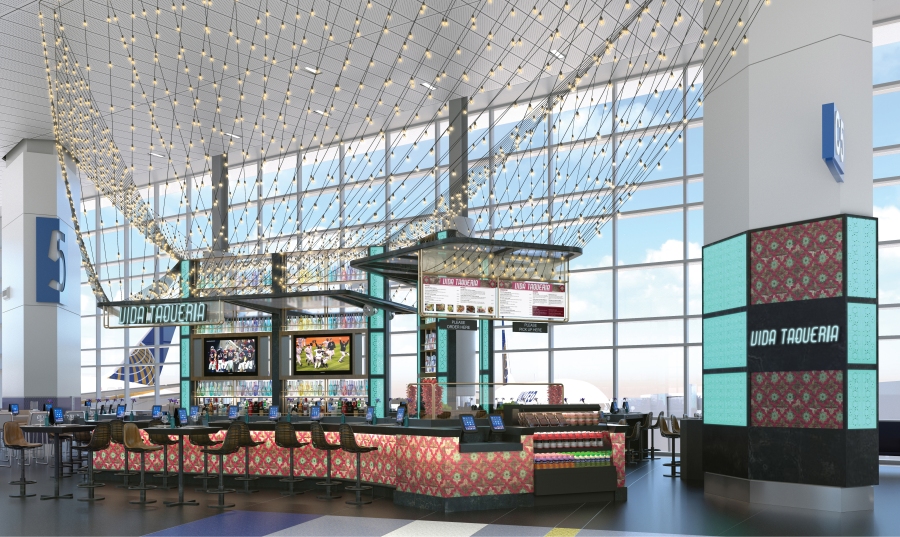 IAH airport is the latest airport to receive OTG’s signature dining experiences in partnership with United Airlines. The key hub in the airline’s network was chosen to undergo a series of renovations in order to elevate the dining and retail experience at all of United’s terminals in Houston George Bush Airport. 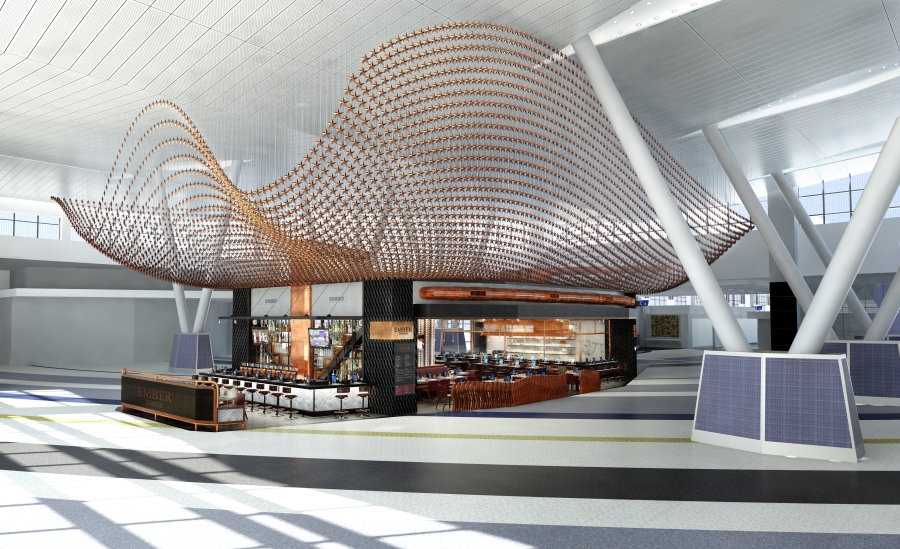 The spaces are designed by Rockwell Group, the same creative force that worked with JetBlue on their Terminal 5 project at JFK. The design team have created a technologically savvy experiential zone in the new Terminal C, scheduled to open next year, bringing thousands of iPads to every seat at each of the restaurants serving ‘farm to terminal’ offering from local markets, embracing some of the region’s most notable chefs.

“United is pleased to bring this industry-leading airport experience concept to our Houston hub,” said Gavin Molloy, United’s vice president of corporate real estate. “The collaboration with OTG will provide exceptional food, beverage and retail options with the comfort and high-tech amenities that travellers today want.”

These new visuals showcase a dramatic departure from the older terminal designs still at play in Houston, with large floor to ceiling panoramic windows flooding the new C North concourse with daylight and unparalleled views of the airport apron.

Rockwell group have been chosen to lead the cutting-edge transformation of the dining and retail space, which through the use of a plethora of iPads, will include ‘social media moments’ to provide an ‘eye catching backdrop’ for travellers to tweet, post and snapchat photos of their travel experience. 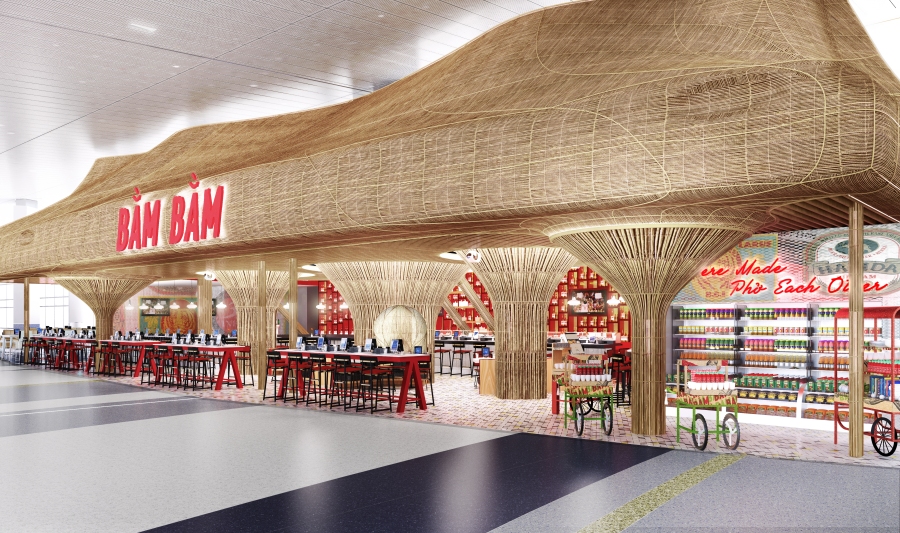 This is done by the implementation of some dramatic retail space designs, each with a unique and engaging design that is somewhat unexpected in airports currently, although a new wave of these innovative and dramatic designs are popping up across the world from LAX to London Heathrow.

Focussing on Terminal C North, the new dining offering will offer a variety of new dining venues with five local and notable chefs set to consult on the restaurant concepts and menus. They include:

The innovation in the terminal doesn’t just stop at the architecture and interior design. Another unique offering will be OTG’s 2U™ feature that allows customers to order food, retail and other amenities from an airport iPad and have it delivered, whether within a restaurant or at the gate.

United and OTG have collaborated to enhance benefits for MileagePlus members at Bush Intercontinental by enabling them to use award miles to purchase items at select CIBO Express Gourmet Markets in Terminal E. Together, United and OTG will roll out this capability to more locations in the airport in coming months.

OTG is investing significant capital to transform current and future spaces, including the development of tech-enhanced gate areas featuring lounge-style seating, USB power outlets and iPads from which guests can order food and amenities, browse the web, play games and more. One thing for sure is that United is working hard to make sure they keep up with the other two major players in the US who also are innovating the airline experience, and quickly bringing the entirety of the USA airline industry firmly into the 21st Century, something that the International audience has been waiting a long time for. 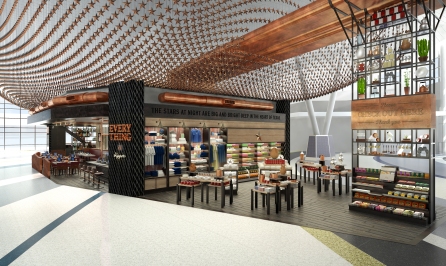