Could These Be The Blueprints For Emirates New 777X Business Class Seats? 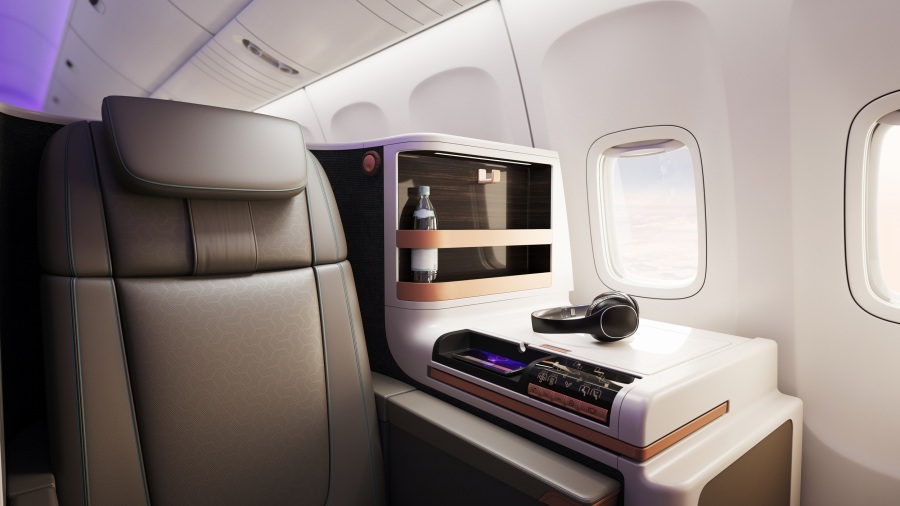 “It will be our goal to provide a superior customer and passenger experience by delivering superior quality seats with intelligent product design,” said Alan Wittman, nominated CEO of Adient Aerospace. “In addition to expanding seating choices and adding manufacturing capacity to address broader commercial airplane industry needs, we are focusing on comfort, craftsmanship and operational excellence to differentiate our future products and services.” 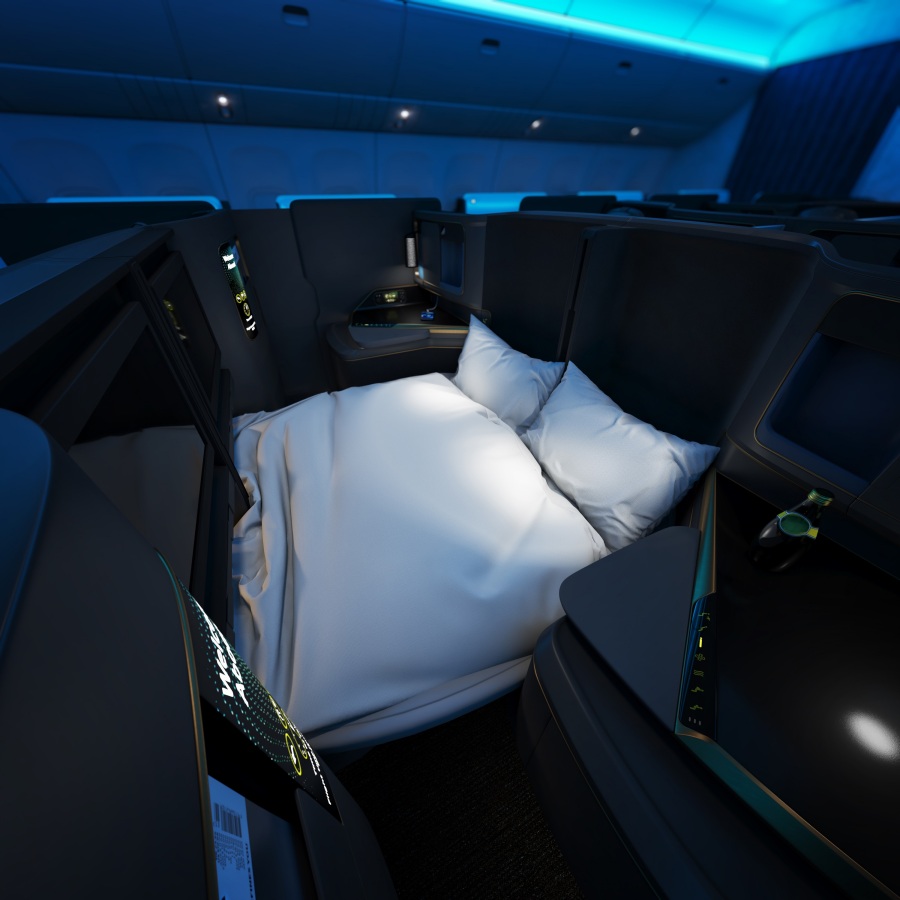 It wouldn’t be rocket science to presume one of these clients will be Emirates – Boeing’s largest 777 operator – which these seat designs seem to be optimised for. On first glance, they look similar to the QSuites and to Emirates current A380 business class seats. There are some clues in the artists impressions to gear this towards Emirates product set. The familiar looking mini bar at the side of the seat and the use of a wooden veneer hasn’t gone amiss either. In one of the images, even the Perrier bottle is a dead give away, as it’s one of the most iconic drinks found on Emirates business class minibar.

One of the seat prototypes also seems to provide a double bed, currently being touted by Qatar Airways and Singapore Airlines, key competitors to Emirates. The fact that Adient are working on this project will also do them well, as their automotive pedigree will follow suit of Emirates’ recent adoption of Mercedes on their new 777 First Class Suites.

There are a few upgrades, which seem like a natural evolution. Wireless phone charging could be a possibility here as highlighted in the seat’s side table, and is speculation due to a lack of detail on the release. One of the seat prototypes also somewhat resembles the tech specs of the Waterfront seat but with a secondary ‘curved’ screen acting as a passenger interface to the seat instead of the handheld device that the airline currently has. A closer inspection of the seat controls also shows both suite ‘cooling and heating’ which would match the current comfort levels offered in Emirates’ new First Class Suites.

While this is mere speculation from TheDesignAir, these seats seem to fit the bill for an airline that can take an off the shelf product from Boeing, and with a little customisation, create products that could compete with the heavily personalised products from Qatar, Etihad and Singapore Airlines.