While the carrier might be the third largest in LAX, this new lounge is certainly making a statement on how it want’s to punch above its weight. Uniquely United, the space embraces the energy and distinct culture of Southern California, creating a subtle point of difference from its new sister lounges across the Continental US. While cuisine plays a big part in California, the lounge also features Los Angeles-based artists including Rema Ghuloum, Chris Trueman and Ruth Pastine.

The lounge takes advantage of a fairly large surface area in Terminal 7 totalling 12,000sq ft, enough to seat 140 passengers. The entrance situated between Gates 73 and 75A and on entering, the lounge’s large picture windows face west to capture the city’s vibrant sunset skies adding that LA warmth for the late afternoon and early evening departures. 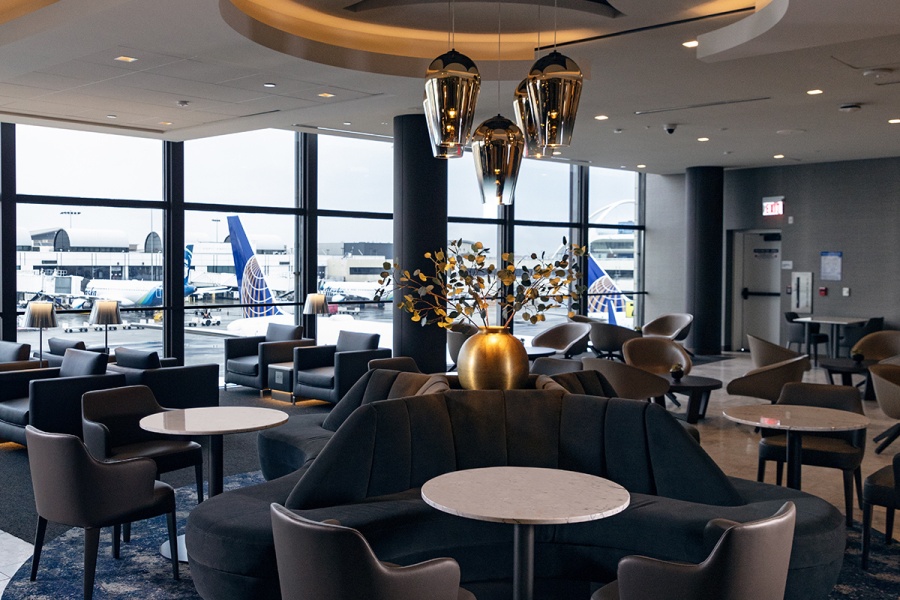 The lounge features swathes of Carrera marble, cool tonal greys, wooden parquet flooring and dashes of blue which create a very modern finish. What is great to see is the apparent connection, and colour palettes used across both United’s onboard Polaris product and the ground product, creating a seamless design palette throughout the customers journey. There’s a prime opportunity to bring the same design language to the check-in area too.

It’s not the only lounge option for passengers departing from United’s Terminal 7. The airline has also recently opened the United Club as part of a $573m retrofit, and there is also access to the ultimate ‘Private Suite’ experience too.

The lounge itself is zoned, with dining, relaxing and working areas, and there are no less than 272 power outlets and 120 USB ports dotted across the space. For those connecting or just finishing a hard-days work, there are shower suites, featuring rainfall showers and Soho House & Co’s Cowshed Spa products. For those in need of some downtime, there are private daybeds outfitted with Saks Fifth Avenue bedding – the same brand that features onboard.

In a nod to the innovative cocktail culture of Los Angeles, the lounge features signature cocktails inspired by the City of Stars, including the Let’s Rumble, made from Cruso Spiced Rum, fresh lemon, prickly pear puree and house-made simple syrup and the On Sunset, a playful take on the tequila sunrise, made from Casa Noble Tequila, Del Maguey Single Village Mezcal and agave nectar. 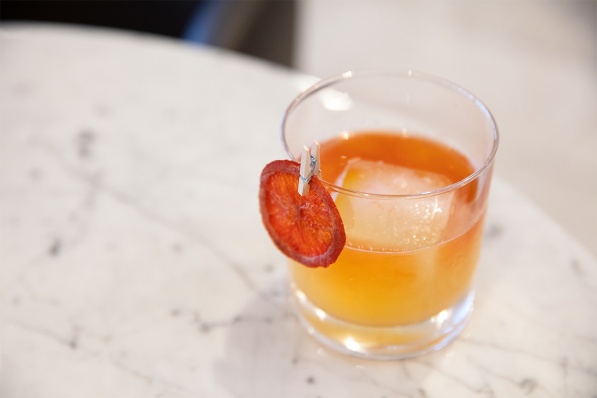 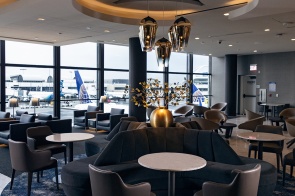 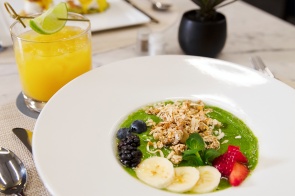 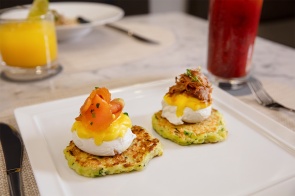