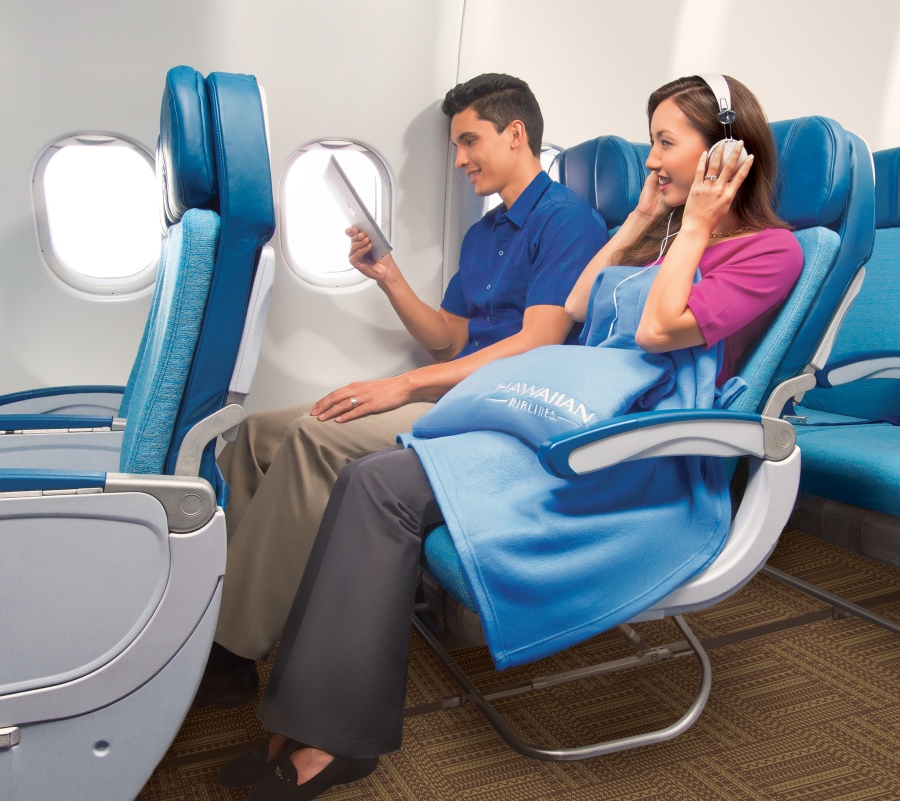 One of our favourite carriers, Hawaiian Airlines has recently announced that in June 2014, their A330 fleet will offer a new level of comfort in their economy cabin. Titled ‘Extra Comfort Economy’, Hawaiian, In their first comprehensive redesign of its long-haul seating configuration, will be offering a new class of seats that offer more legroom and other amenities that will enhance the Hawai‘i travel experience.

Whist the seats are identical to the economy seats already onboard, the seats offer greater comfort, with a brilliant 36 inches of legroom, which will be sought after on the mid-haul routes. Don’t get this confused with Premium Economy, the newly formed economy class is similar to United’s ‘Economy Plus’ or even more so, Virgin America’s ‘Main Cabin Select’.

“We are excited to introduce a new product that was carefully designed based on the feedback of our guests,” said Peter Ingram, Hawaiian Airlines executive vice president and chief commercial officer. “Combined with our award-winning inflight service and hospitality, flying to and from Hawai‘i will be more enjoyable than ever with our new Extra Comfort seating.” 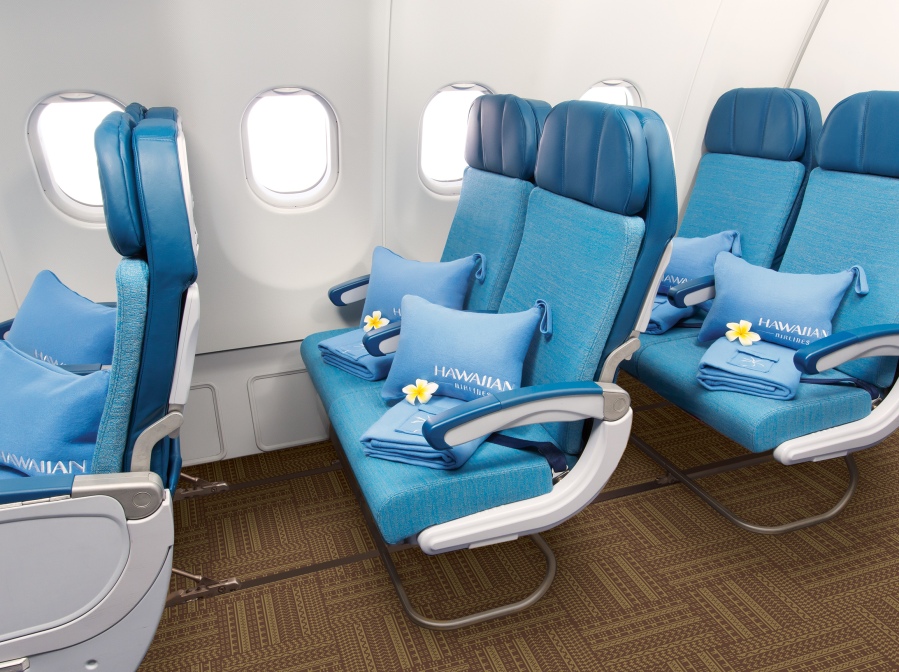 We really like the fact that Hawaiian are offering the passengers occupying the 5 rows of 40 seats onboard these additional extras, which at the cost of (Starting at) $40 per seat seem like some well worth perks (not forgetting the complimentary drinks and food service that Hawaiian still offers in economy).

The only things we are sad about is the fact the seating pitch won’t be introduced until June next year, and currently there are no plans to roll it out across the 767 fleet, which in comparison are starting to be more inferior as far as product offerings go.  Still, the new preferred seating options will be available for purchase from January 2014 onwards, and yet another reason to pick Hawaiian over its competitors.