Qantas has unveiled its first Boeing Dreamliner, the much anticipated aircraft that will “open up new routes and new levels of comfort for travellers.” The latest addition to the Qantas fleet, the 787-9 Dreamliner features next generation seating in Economy, a new Premium Economy and Business Class, with added space and a lower passenger count than most of its competitors. 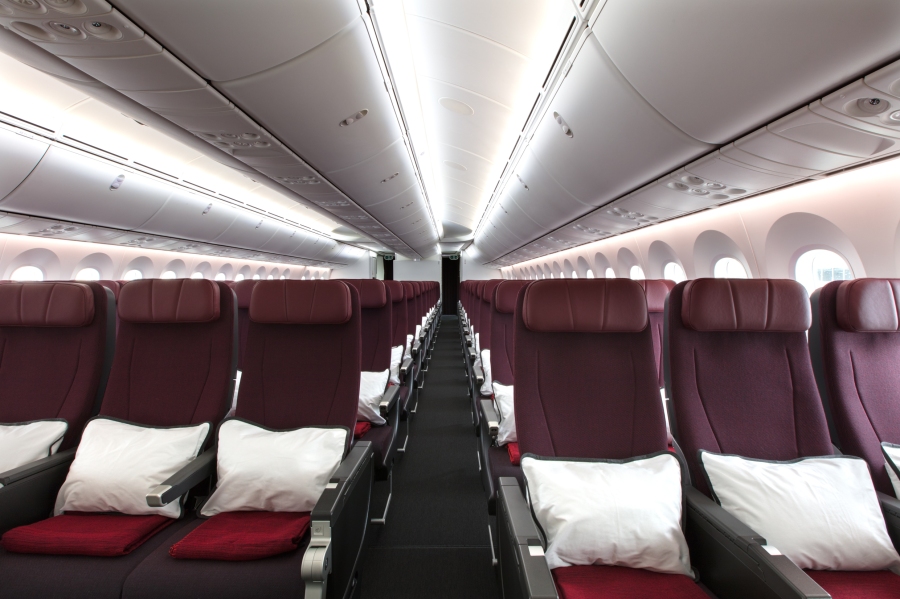 This said, the carrier still opted to go for a 3 x 3 x 3 economy seating arrangement, unlike the more spacious 2 x 4 x 2 configuration which the 787 can also accommodate.

At a ceremony at the Boeing factory in Seattle, Qantas Group CEO Alan Joyce said the first Dreamliner signaled the start of an exciting new era for the national carrier and for the travelling public. 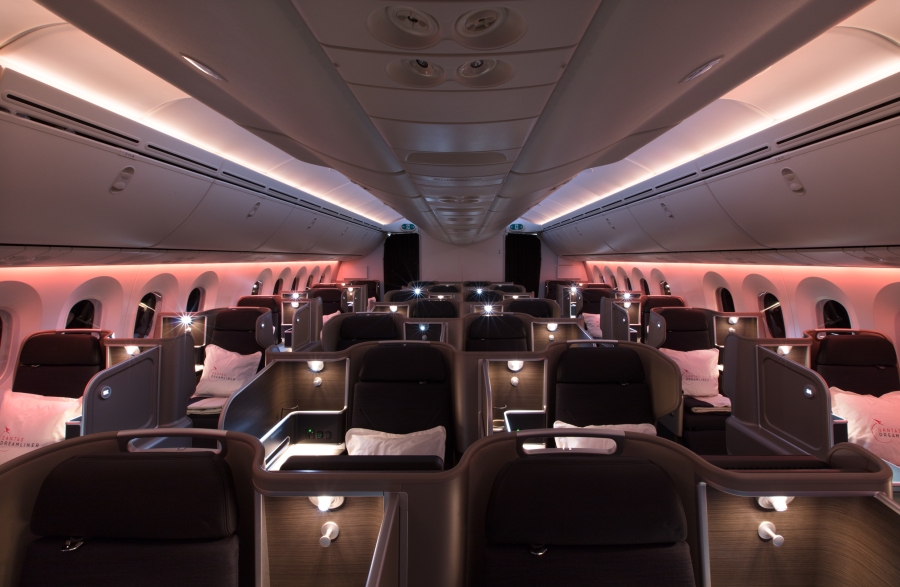 “Taking delivery of a new type of aircraft is always an important milestone for an airline and the 787 is a game-changer. From the distance it’s able to fly, to the attention to detail we’ve put into the cabin design, it will reshape what people come to expect from international travel.

“The Dreamliner makes routes like Perth to London possible, which will be the first direct air link Australia has ever had with Europe. And it means other potential routes are now on the drawing board as well.

“There are lots of elements that combine to make the Qantas Dreamliner special. The seats, the lighting, the entertainment, personal storage, right through to the special crockery, cutlery and glassware that weighs on average 11 per cent less.

“We’re working with sleep specialists, dieticians and other scientists at the University of Sydney to see how adjustments to our inflight service can improve wellbeing and help people adjust to new timezones,” added Mr Joyce.

The interiors of the aircraft and seating were shaped by Australian industrial designer David Caon who has collaborated with Qantas on cabin upgrades and its lounges in Singapore and Hong Kong.

A total of eight Dreamliners will be delivered to Qantas by the end of 2018, enabling the retirement of five of the airline’s 747s. Two Dreamliner routes have already been announced with both Melbourne to Los Angeles starting in December this year and Perth to London starting in March next year. Additional flights from Brisbane have also been flagged.

The name ‘Great Southern Land’ was chosen for the first aircraft out of 45,000 suggestions from the travelling public. Each Dreamliner will be named after something that is uniquely Australian, including animals, places and literature.

Qantas has collaborated with Oroton and Australian artists Craig & Karl to offer customers in Business Class a limited-edition amenity kit. Featuring a black embossed print, each section of the artwork on the kit is a nod to a different part of the Australian landscape and cultural icons of the country.

It includes a wraparound eye mask featuring the same Craig & Karl design on the kit, as well as the current ASPAR products including sweet orange and Shea hand cream, orange and vanilla lip balm, ultra-hydrating face moisturiser, socks, a dental kit and earplugs.

One thought on “Qantas Shows Off New Boeing 787-9 Aircraft”