Launched this week, El Al have brought a rather beautiful new food design to its inflight product, timed to coincide with the launch of the airline’s new 787-9. Until today, El Al’s inflight food offering was wrapped in rather utilitarian packaging.

The Israeli airline saw the opportunity to refresh the inflight product to match the new interiors of its new Dreamliner fleet as well as the larger-scale rebranding that followed, including a new “Premium” class, and new colours and textures to the livery of their fleet created by PriestmanGoode.

“Designing El Al’s onboard food experience was a fascinating challenge for us. We knew the importance of El Al’s core Israeli values of locality, homely environment and innovation, and sought out to rethink them and find a way to introduce contemporary design values of food appeal, livery environment and storytelling to the customer’s experience,” stated Idan Noyberg of lily.design. 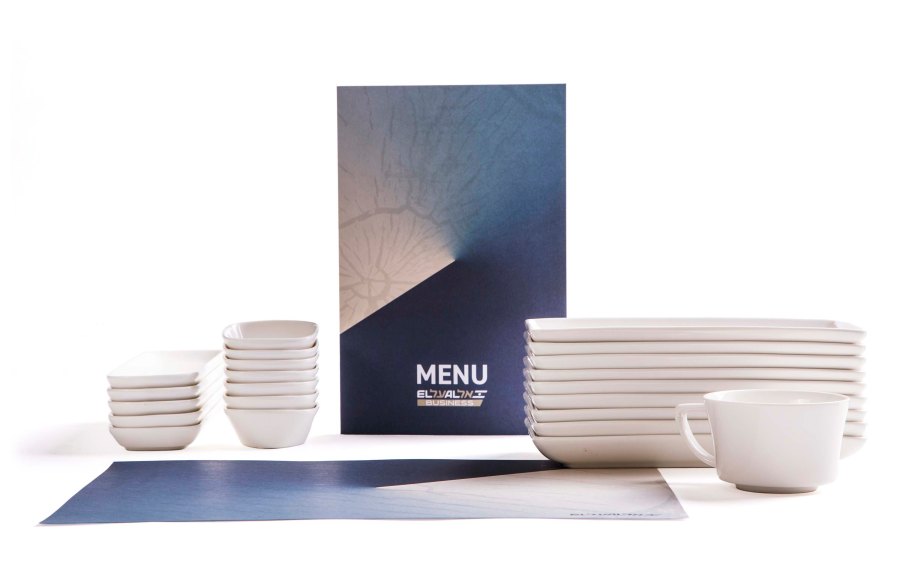 “We also had to take into account the systematic structure of the three classes (Economy, Premium and Business) their different characteristics and appearance both physically and mentally, and blend in with the new interior design of the dreamliner airplanes designed by the fabulous PriestmanGoode studio”

The project reflects the idea of Israeli landscapes, from which the design studio recreated the aesthetics of the country’s natural elements, colours, textures and moods. 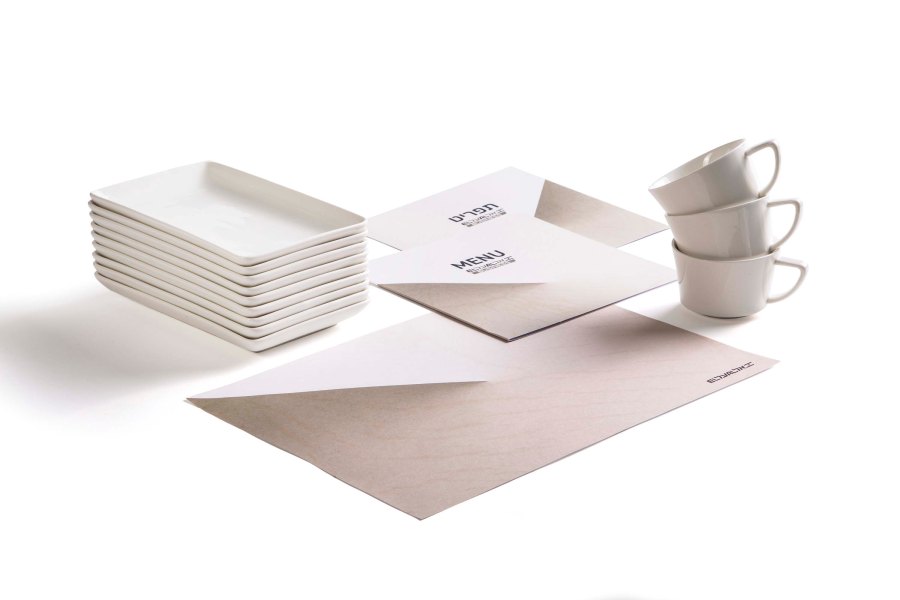 “As a part of the design research process, in order to study the essence of Israeli landscapes and try to catch the natural “moods” of them, we collected hundreds of visuals, starting from bird’s view pictures of different parts of Israel, to geology books, Israeli archeology archives and even instagram hashtags. We then created several possible conceptual and aesthetic divisions for the 3 classes on the airplane,” said Noyberg. 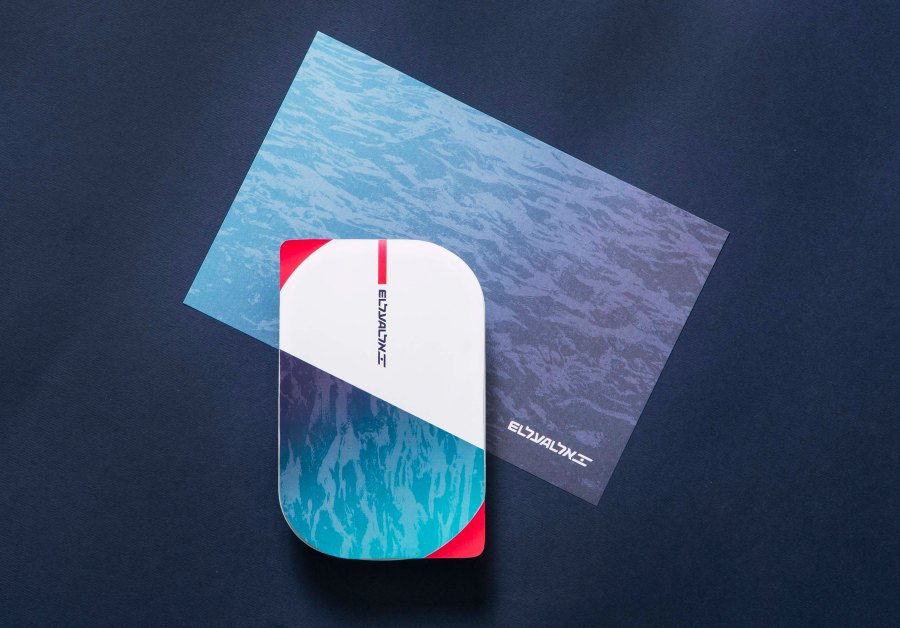 The final design interpretation is expressed through the use of subtle local textures of water, earth and fossils, in combination with color gradients that reference to different time periods throughout the day.

“For the economy department we chose ‘minerals’ as a leading element, used the brand’s blue palette and added hints of vibrant colors for a young and fresh feel.” 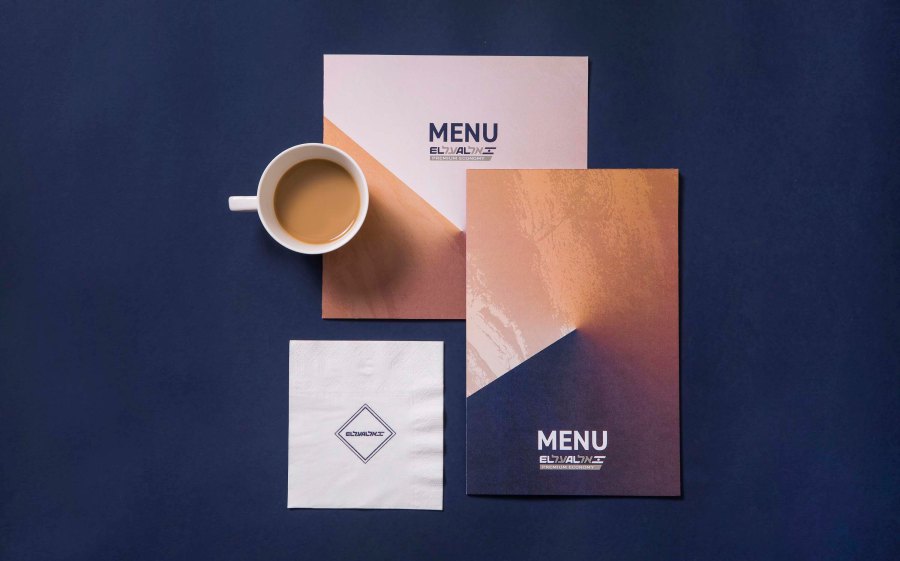 “For the new Premium class we chose ‘earth’ as the leading element and introduced the new tanned browns palette that added to the new cabin, which created a warm, sophisticated atmosphere to the new graphic.”

“Last but not least, ‘fossil’ is the timeless element we used for the luxury business class, mixed in with a quiet, formal palette of light greys and white.”

The logistic outlines for this kind of project are extremely complex. On top of the challenge to visually individualize each department and yet keep a united brand character in whole, there is a large variety of items that need to be taken into account such as paper cups, wine list, cutlery, sauce foil, napkins, and so on. 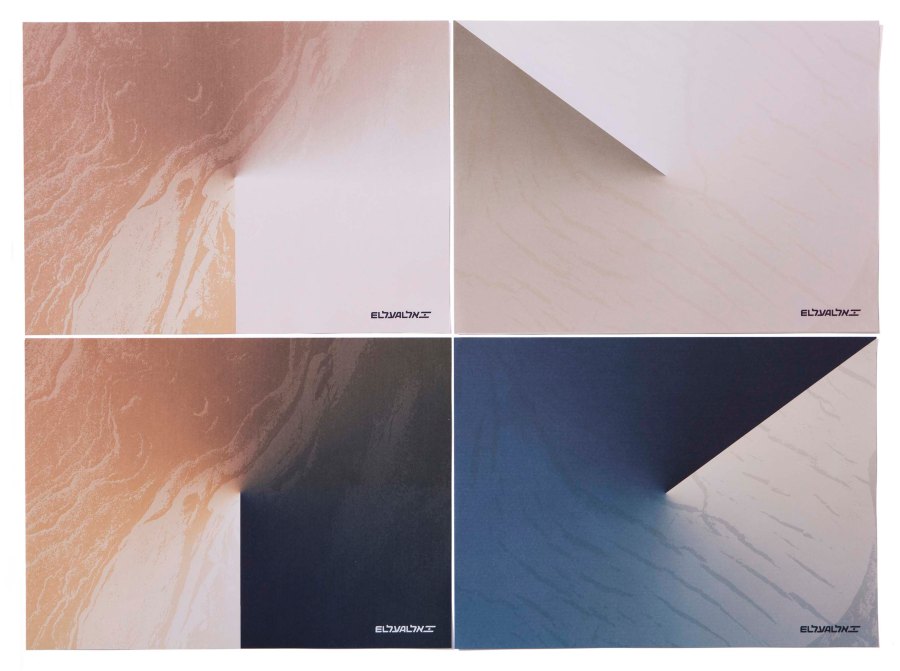 “And as to the complicated logistics of different meal types, we used the color gradients in each department as a tool to distinguish breakfast from dinner, morning from dawn, in an intelligent visual way.” 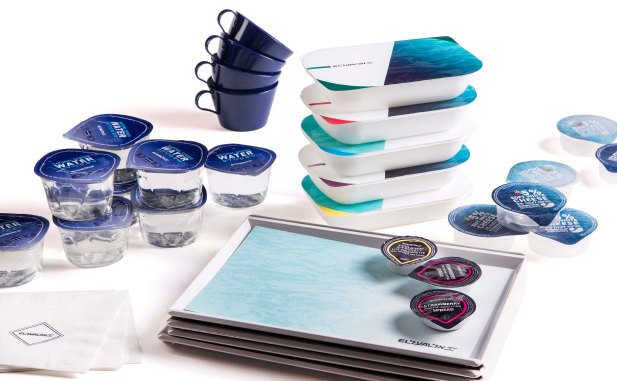 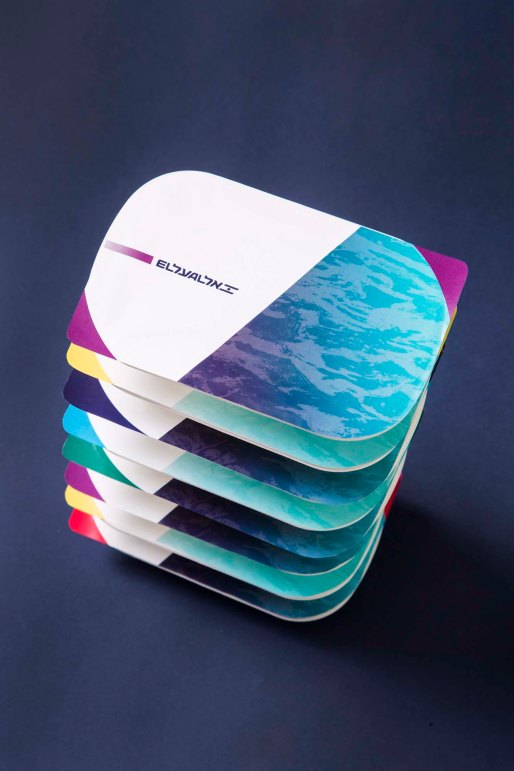 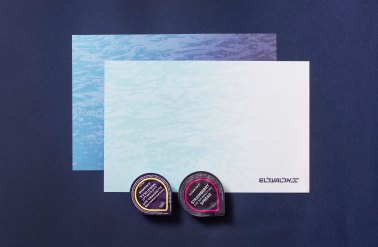 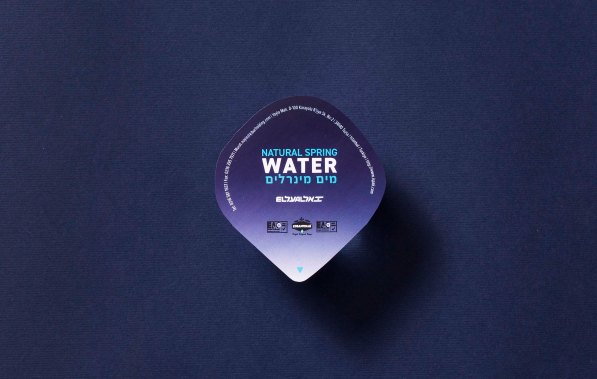 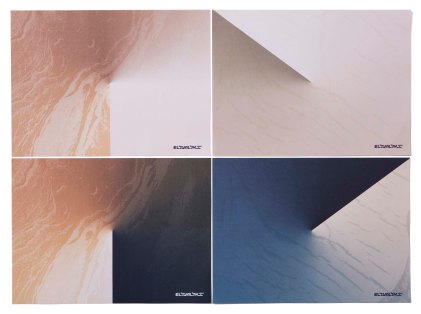 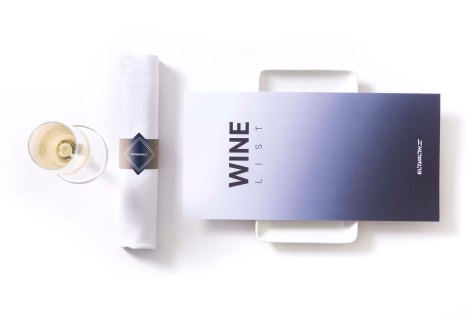