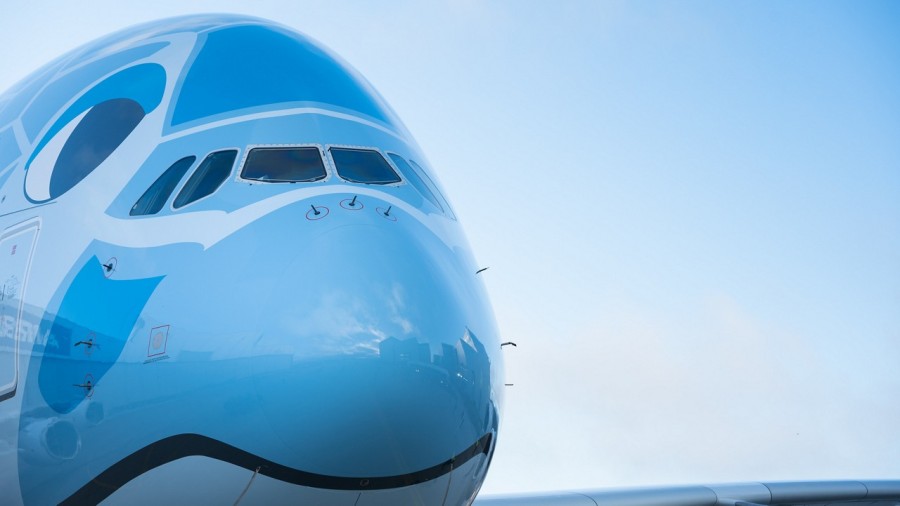 Yes, that’s right, ANA’s first ‘Flying Honu’ is almost headed to the skies, with the airline’s first A380 rolling out of the printshop last week. Japan’s largest airline put on a big show in Hamburg as the behemoth revealed itself from its hangar. The new plane is Japan’s first Airbus A380 and sports a Hawaiian green sea turtle, known as “Honu” in the Hawaiian language, which symbolizes good luck and prosperity. 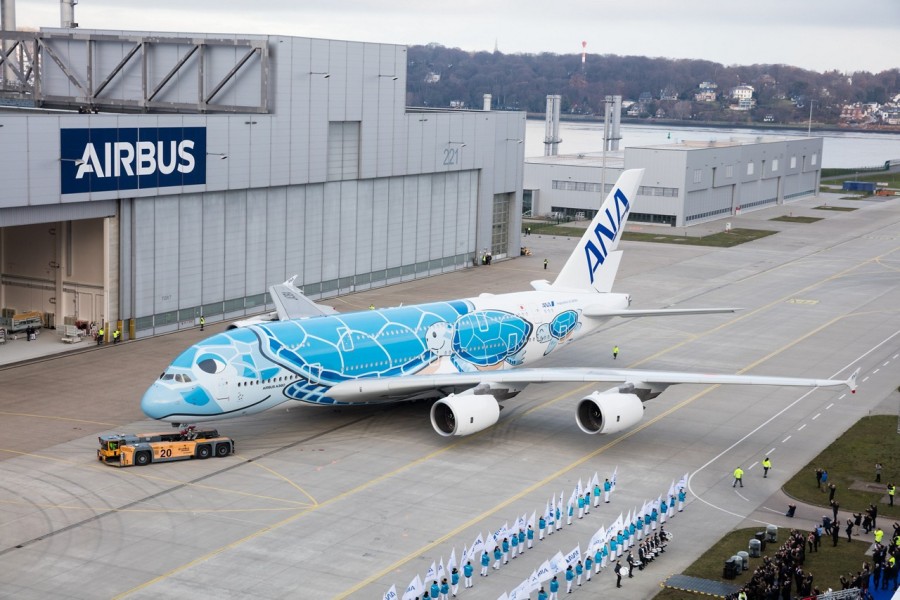 It was one of Airbus’ most complicated liveries to date, taking 21 days to paint. The aircraft signals a totally new product for the carrier’s prestigious Japan-Honolulu route, one of the most lucrative destination pairings in the Pacific. To celebrate the importance of Hawaii to the Japanese market, each of ANA’s three Airbus A380s will feature a livery in different colours and with different designs. 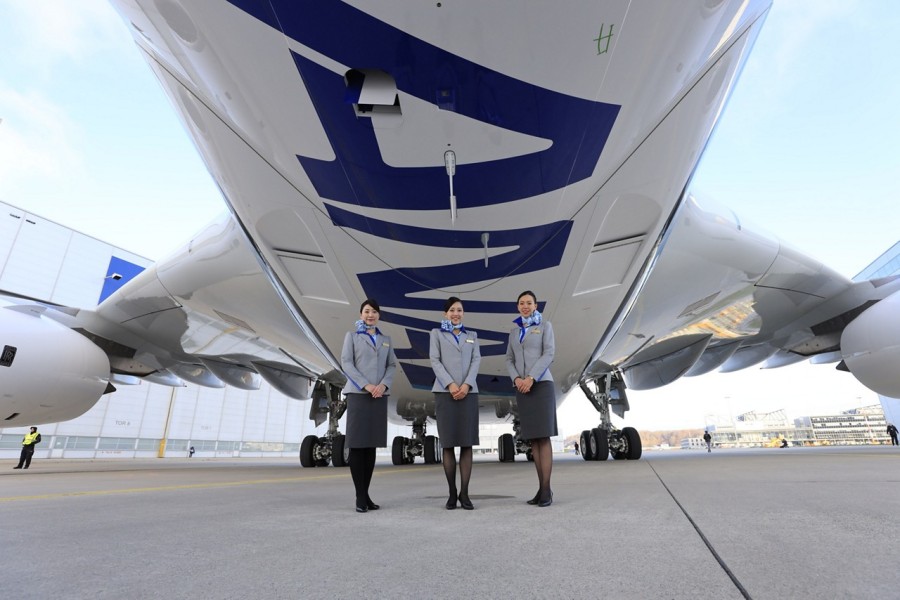 The blue livery of the first aircraft connects ANA’s corporate color scheme with Hawaii’s blue skies. The second aircraft, planned to start operation in July 2019, will have emerald green livery that is inspired by the crystal clear waters of Hawaii while the third will be orange in reference to the beautiful Hawaiian sunset. 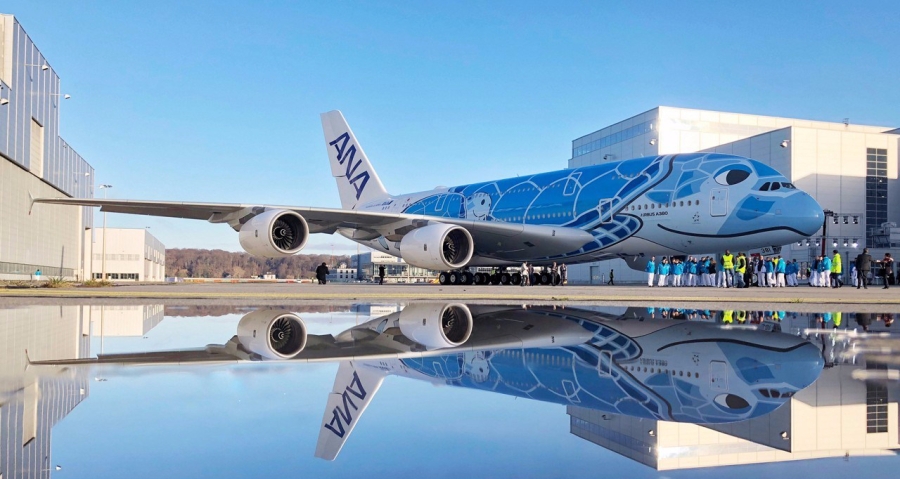 “We are excited to showcase the largest passenger aircraft and even more excited about the experience it will offer travelers on the Narita-Honolulu route,” said Yutaka Ito, Executive Vice President of ANA. “The Airbus A380 will be an important addition to ANA’s current fleet and it will allow passengers to reach the scenic islands of Hawaii in comfort and style. The customized livery adds a personal touch that will make the trip that much more memorable.” 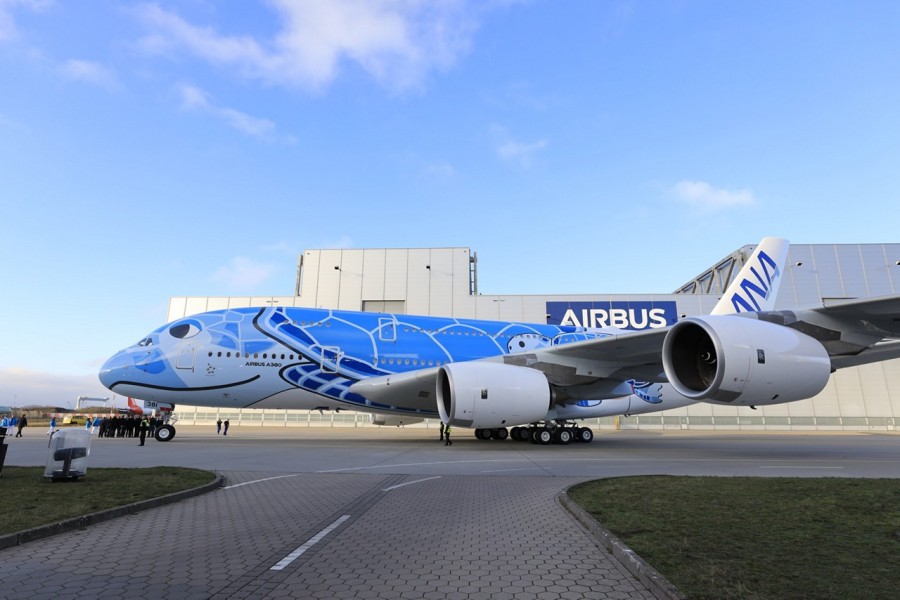 ANA is set to receive the new A380 jet, nicknamed FLYING HONU, in March 2019, with the inaugural flight scheduled to depart from Tokyo Narita Airport and travel to Daniel K. Inouye International Airport in Honolulu on May 24, 2019. 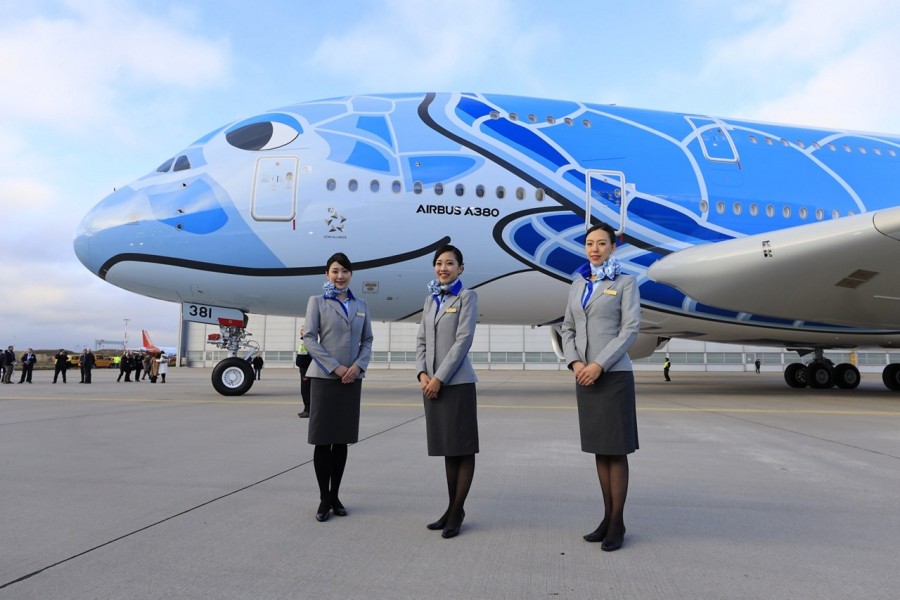 This new aircraft is a reflection of ANA’s continual efforts to improve the travel experience while helping passengers reach the world’s premier tourist destinations.