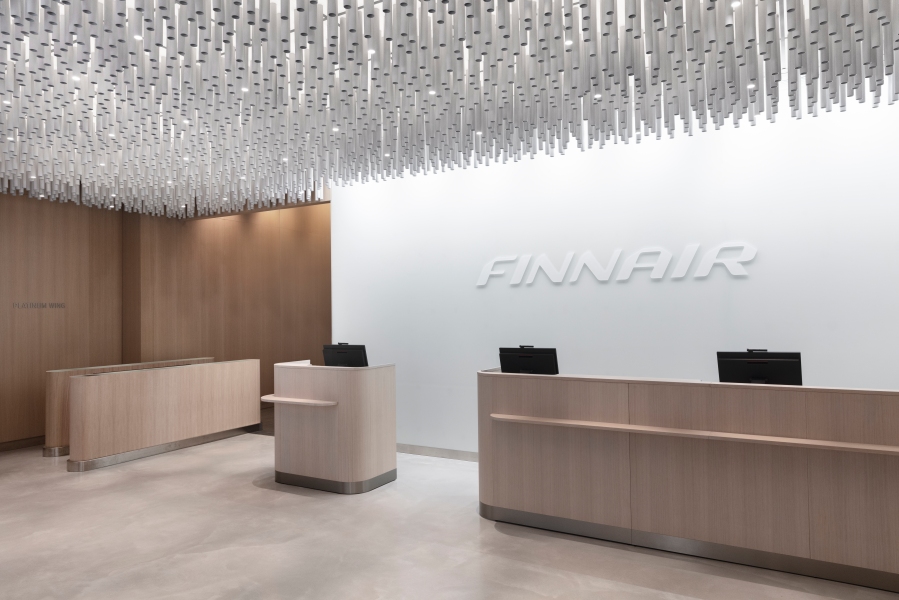 Finnair has opened the doors to its latest lounge which has been renamed the ‘Platinum Wing’ which replaced the existing premium lounge which was the nicer of the two spaces found in Helsinki’s main terminal. The lounge has taken a radically different approach from its previous incarnation, which was previously filled with swathes of light finishes and coloured mood lighting and Scandinavian design finishes. We certainly enjoyed the space, but it was always fairly crowded and at times had a ‘canteen-like’ feel due to the queues for food and drink near the entrance. But now, everything – including the lounge’s sauna (the only uni-sex Sauna in a carrier’s lounge to be found) – has been redesigned with an entirely new design palette. The new premium lounge will be open to Finnair Plus Platinum and Platinum Lumo members, as well as Oneworld Emerald cardholders, with standard business class passengers enjoying a larger lounge which will open in the coming months. The lounge features new design elements that reflects the likes of Cathay and Qantas ground products, but there’s something very unique and cosy within this space, brought together by the use of rich, deep colours and fabrics. The lounge will not just feature comfortable seating and a standard buffet, but working with company Fazer, an a la carte menu will also be offered throughout the day. “We wanted to create a sense of calm from the busyness of the airport,” says David Kondo, Finnair Head of Customer Experience Product Design. And the space feels less like airport lounge and more like hotel lounge thanks to clever seating and the introduction of timeless signature pieces of furniture. In a few months’ time a revamped business class lounge will open next-door to the Platinum Wing facility, sharing the same reception area, providing a total of nearly 200 seats across the two lounges. The timing of which matches the recent upgrades and new ‘atmospheric’ extension of the terminal that was opened a few months ago. 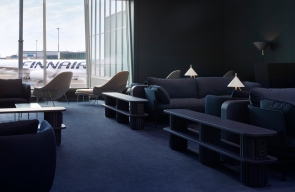 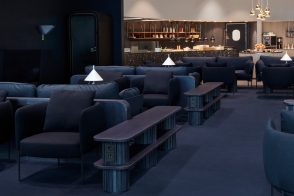 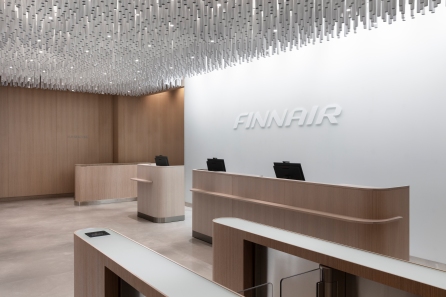