Opinion: In a battle to regain passenger trust, every inch counts 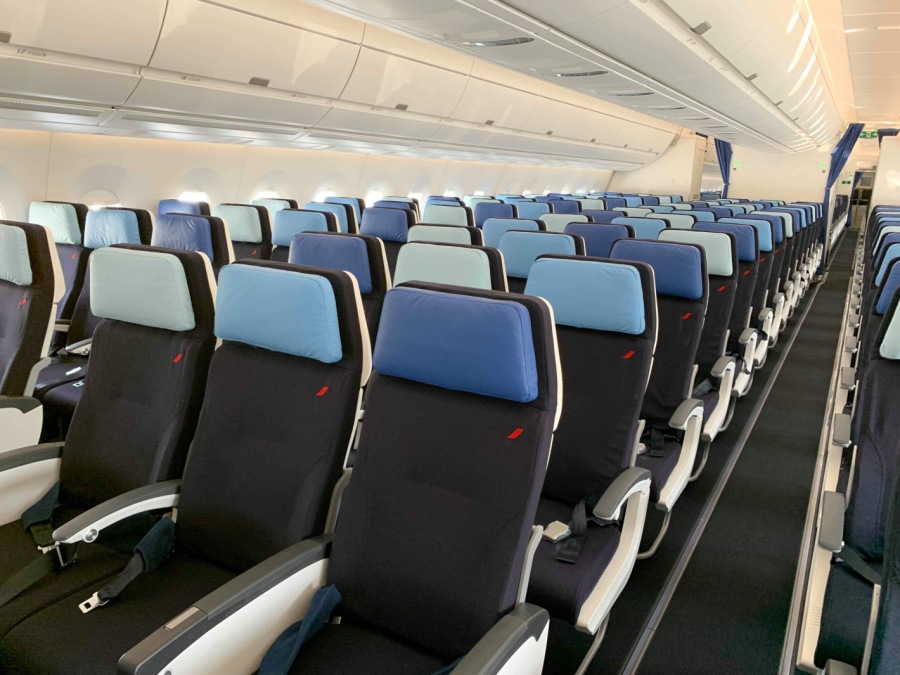 While no one has successfully modelled the complex commercial outlook of the airline industry over the coming months, some airlines are predicting it will take many years to return to pre-Covid19 levels of revenue, profitability and passenger numbers. When borders reopen there might be a small surge in passenger numbers, but to get to 2019 levels it might take a little longer.

With this forecast of a long return to a sunnier time, it shouldn’t mean that innovation and airline design shuts up shop and takes a sabbatical traipsing across South America in a bid to find itself. It’s actually from these critical points in an industry that we usually see the biggest jumps in innovation and more than ever, brands are going to have to work harder to win back the custom of a more travel-shy audience.

Airlines will have to work across all platforms. Marketing and loyalty departments will find it imperative to build a long-lasting branded dialogue to instil trust & thirst for travel. Meanwhile passenger experience departments will not only have to satisfy anxious travellers but build an iconic, powerful brand image that stands out from the crowd.

But what of the layout of an aircraft? Surely where we were once happy to save a few dollars by rubbing shoulders with strangers to get from A to B, personal space will become king again. The psychology of not having to endure the accidental touches, shuffles and drools of your seat neighbour will become a huge game player in near-future economy cabins. For now, innovations like Factorydesign’s ‘Isolation Kit’ will work, and TEAGUE’s mid and long-term strategy are logical evolutions, but what about the short-mid term more challenging wins? 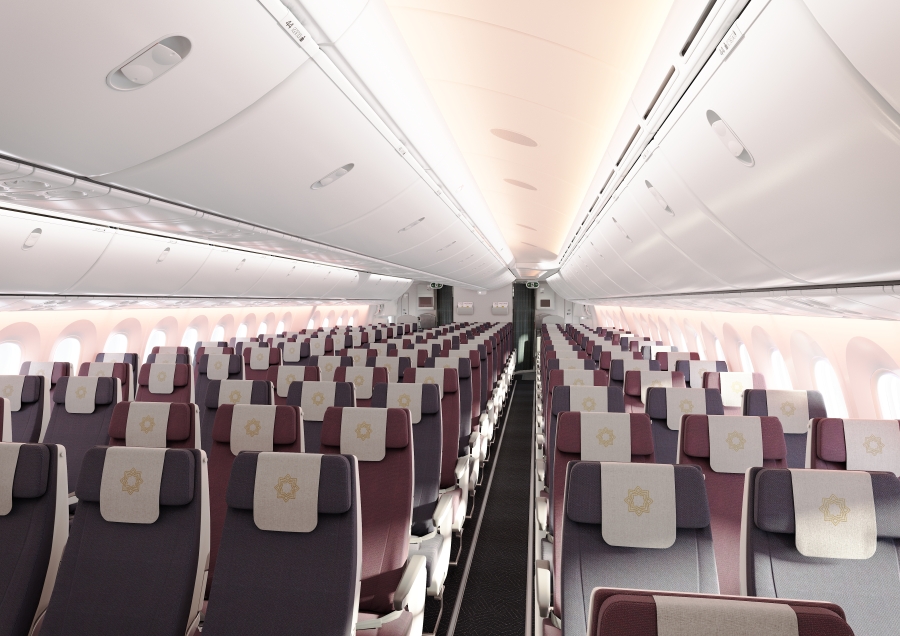 We ran a (very unscientific) straw poll on our social platforms which showed that 75% of people would select one carrier over another because they offered more space, even if it were just a couple of extra inches. 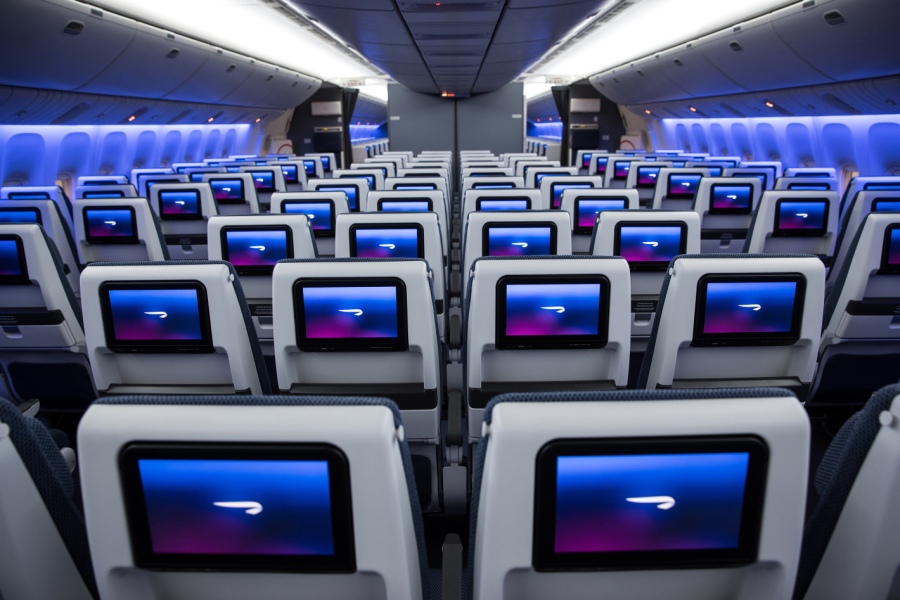 The days of densification to increase profitability may have taken their own gap year for the foreseeable future, but many airlines will continue to fly their 10-abreadst cabins in the 777s for years to come longing for the return of high load factors. However over the years that additional real estate is weight, and that equates to fuel burn. It might be a number game, but could it be that de-densification could be a gamble that pays off? 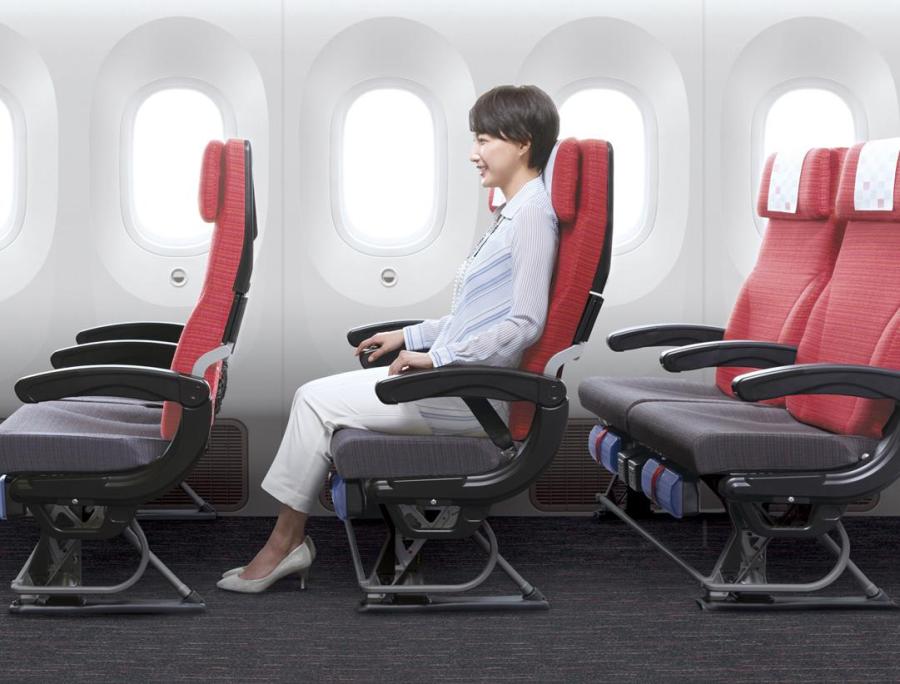 Imagine your marketing strategy over your competitors where every inch counts. Taking the gamble to revert to 9-across instead of 10, or even 8-across in 787s, how they were originally ‘designed’ to be. The matter of 1.5-2 inches per seat in width might not sound a lot, but ask any of the economy passengers on a Qantas 787 16-hour flight if they’d relish that little bit of extra shoulder room.

Taking either an Air France 777 or Virgin Atlantic 787 for example, by removing one seat from the width of the aircraft would see a rough drop of 20 seats in a sea of 200. That’s 20 seats less to fill, 20 seats less to carry hundreds of thousands of miles across the world over the next few years. It’s 20 less people to have to carry if the plane was full. On an average price of a ticket, that’s 11% more in the base fare to equal the same amount of revenue to the airline, but offering passengers so much more space that brand preference could play a huge part. 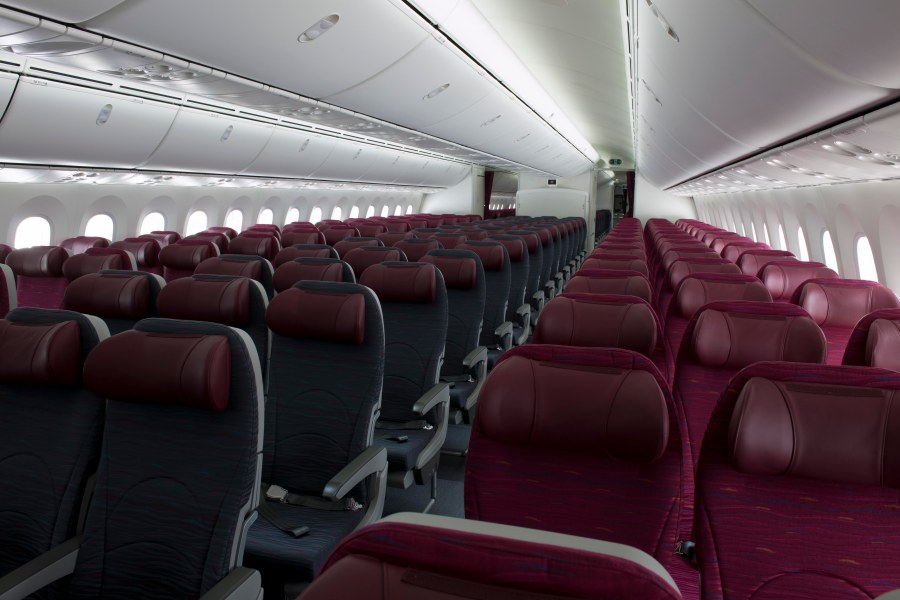 This isn’t even taking into consideration extending seat pitch. But if you look at JAL’s 787 8-abreadst and compare that to Qatar Airways same product, the personal space is markedly different. Would a passenger pay a premium for the perception of a safer travel environment? Most likely but that’s what airlines should now be analysing. The data drawn before Covid-19 is no longer valid, as passengers will place different values on parts of the passenger experience – and the passenger, and their wallet, is now king. 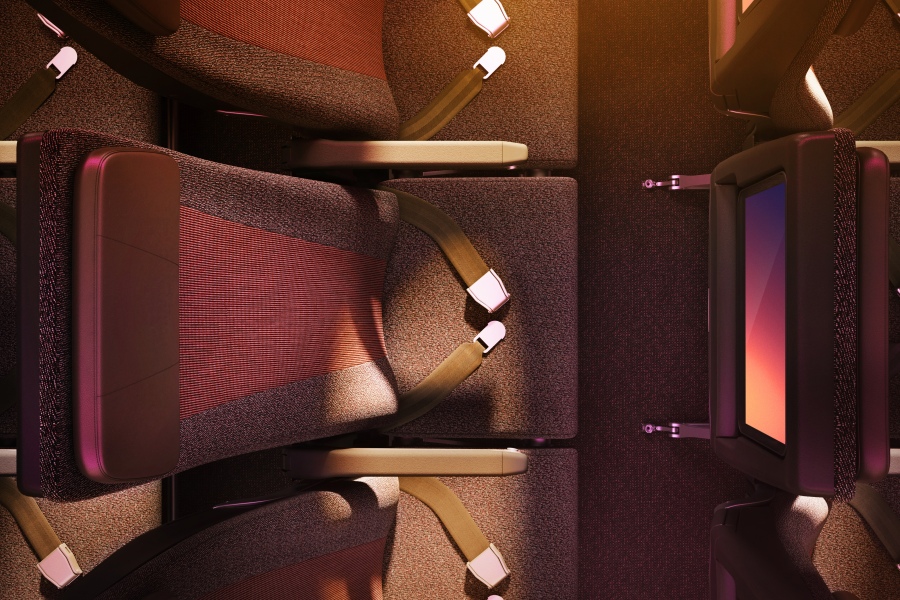 Sure, it’s not like airlines around the world can suddenly throw out a sea of now-redundant seats, only to store them and refit them when the demand returns. But for smaller airlines, this could be a possible low-cost retrofit. For others, innovation can work wonders. The middle column of seats in a twin aisle aircraft are still some of the least popular, but replacing just the centre four on a 777 and replacing with wider seats just three across, would make this column of more luxurious thrones an ancillary boost, charging passengers just a little more for more space while keeping 60% of economy seats untouched. 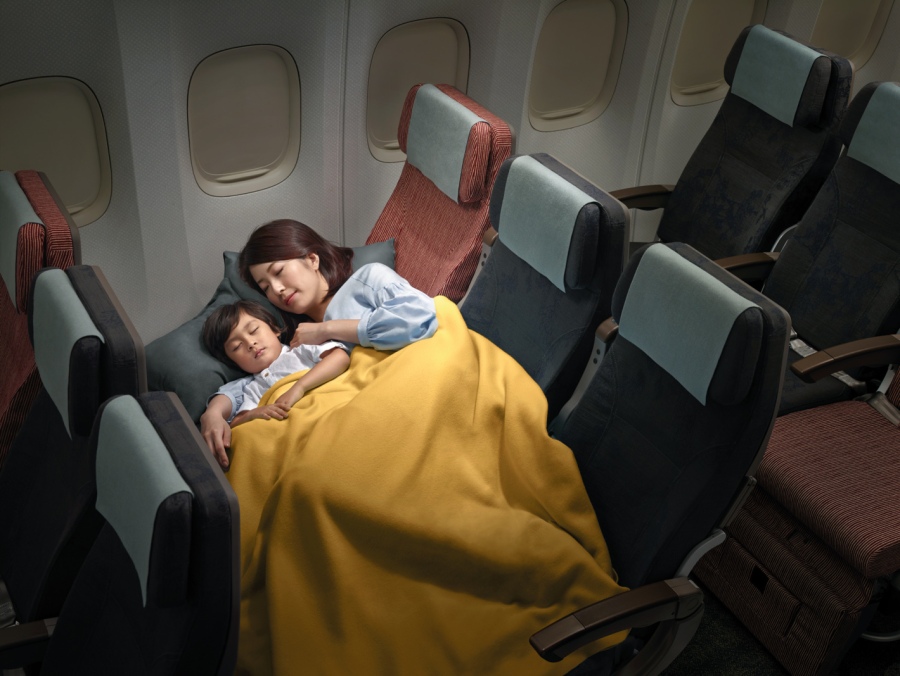 These are speculative ideas, for sure, but ideas like this should be explored by both design agencies and airlines alike. After all, it seems that the industry as a whole is in agreement that it won’t go back to normal for the foreseeable future. What will happen over the upcoming months, is anyone’s guess, but we are hoping that the industry continues to act as a beacon, reacting quickly to the challenges thrown at it, with innovation, determination and comradery that’s hard to equal in any other industry.

One thought on “Opinion: In a battle to regain passenger trust, every inch counts”