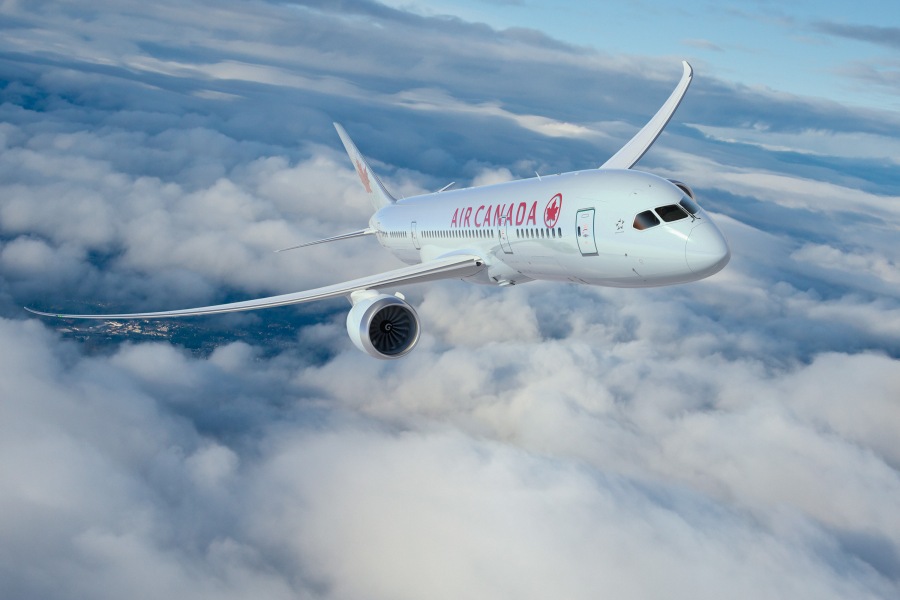 Air Canada, who have created one of the densest seating 777‘s going, which apart from their new business class cabin (which is great), packed passengers in their economy cabin, has now released impressions of their 787. Whilst the economy cabin offers 3 x 3 x 3 seating (which although tight is similar to almost all 787 carriers) Air Canada have invested into a proper premium economy cabin (and an upgrade from the current 777 version) and most importantly a very decent business class cabin.

The airline will start to receive their 787s in the Spring of 2014 and their first route will be Toronto – Tel Aviv. According to their press release the 787 will feature a contemporary, sophisticated cabin design in a palette of slate grey and neutral tones with accents of Canadian red and celeste blue.

Highlights of Air Canada’s new International Business Class cabin on the 787 Dreamliner include 20 lie-flat ‘Executive Pods’ with an adjustable pneumatic cushion system that can be extended into a fully flat sleeping position 80 inches in length. New features that enhance the airline’s award-winning International Business cabin include:

Now we know that the design of the seat is reminiscent of quite a few airlines’ business class seats, such as Cathay Pacific, American Airlines, Qatar Airways’ 787 business class cabin even, but there are subtle differences, and to be honest, we are a big fan of this seating arrangement. Passengers in the centre of the cabin can enjoy the opportunity to sit together if travelling with a partner, and those looking for a little privacy can take a seat facing out to the window in these strategically positioned seats. 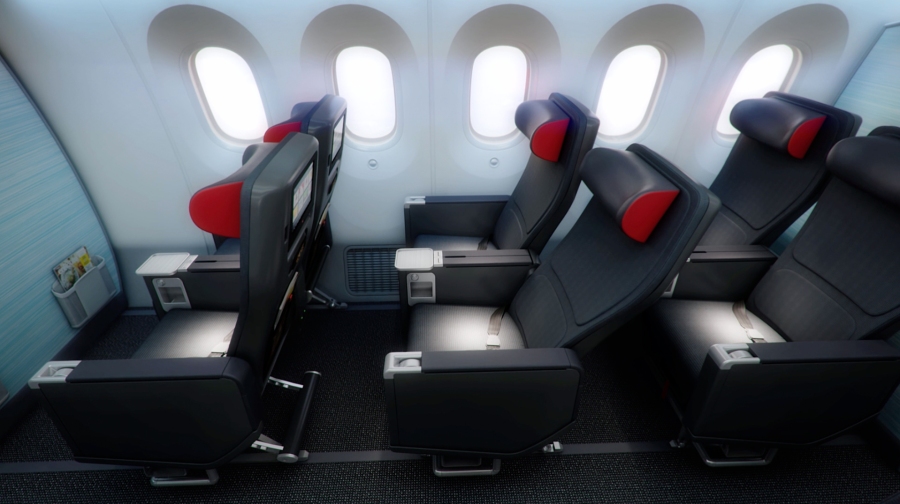 We aren’t a great fan of the light blue bulkhead graphics, as they appear cheap and almost ‘leisure airline’ in appearance compared to the slick and graphic grey tones of the seating in this cabin. The little flashes of red are nice touches on the headrests, although the fact they appear non-adjustable may prove uncomfortable for some. 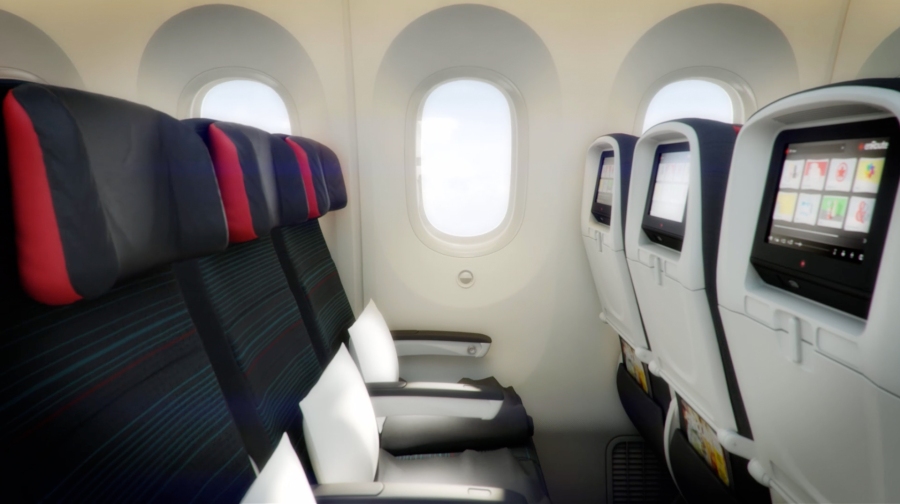 There is very little innovation in the economy cabin, it has 210 slimline seats in a 3-3-3 configuration providing personal space consistent with the comfort of Air Canada’s current Economy cabin. Each seat is equipped with a 9-inch enhanced definition intuitive touch personal entertainment screen with USB outlet and a universal power outlet available at arm’s reach. Which is almost industry standard now. Obviously passengers will enjoy the larger windows, lower cabin altitude and higher humidity, meaning for a more comfortable flight, but we were hoping for a little more innovation here. 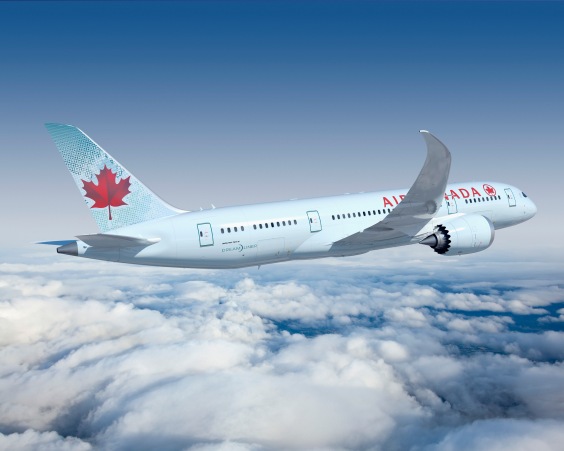 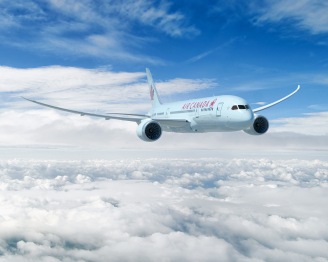