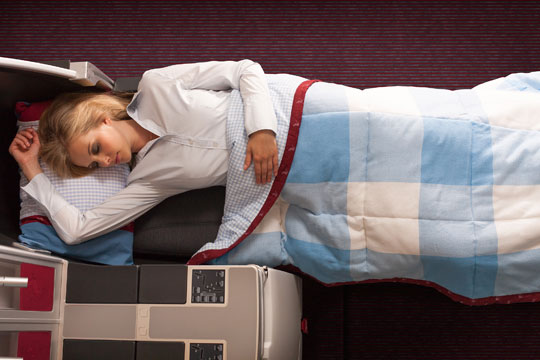 Now, if you have travelled on Brussels Airlines in business class recently, or one of Delta’s, or even Swiss for that matter, this wouldn’t come as news to you. As this seat is very similar to those offered by these other carriers. This new seating arrangement offered by Austrian Airlines, whilst saving space, gives everyone aisle access without having to step over someone else (something suffered by most people in British Airways Club World). It also allows for a forward facing position, still preferable by most. Big new 15″ touch screen TVs, usb ports, 100 hours of entertainment, air cushioned seats are order of the day. This is all a welcome step up, however it starts to really highlight the fact that our airline experiences are starting to merge. Economies of scale for airlines are now not only influencing the product offered onboard like never before, but also becoming more and more apparent. No surprises that both Swiss and Brussels are very close partners with Austrian. 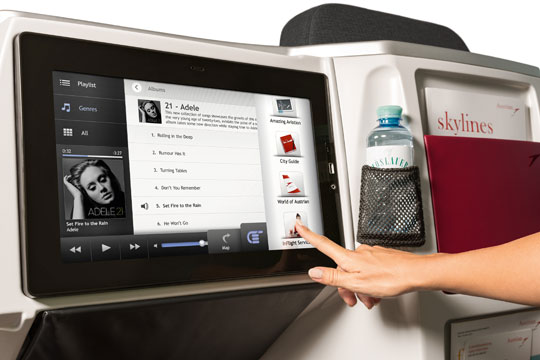 This shouldn’t distract from the fact that Austrian Airlines however, have actually made a very good business class product here. Available on their entire long haul fleet by April next year, whether you are travelling on a 767 or 777 you’ll be able to experience privacy and comfort more than ever before, making destinations such as Male, New York or Bangkok a real competition between carriers. 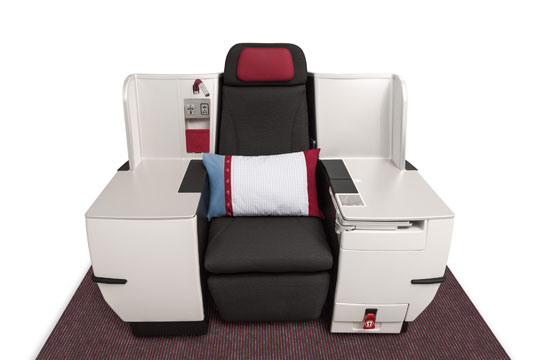 One thing that does make Austrian stand apart from some of its competitors is the “Skychef”, only a few airlines still offer onboard chefs and hopefully Austrian will decide to keep them onboard.