Edelweiss last month announced the launch of its new cabin offerings that will be on it’s long haul A330 fleet as of end of May next year. Both the A330-300 and A330-200 will be refitted to offer a more state-of-the-art experience for it’s long haul operations, featuring a completely new business class cabin, economy cabin and an economy plus cabin (not to be confused with premium economy).

The airline is relatively unknown outside of Switzerland, as it’s a charter airline that flies mainly out of Zurich and Geneva Airport, and is wholly owned by Swiss International (which may explain the upgrade of the cabins, and the similarity to what is offered on Swiss) in a similar operation to KLM’s now no-longer operational (for passengers) Martinair.

We take a look at what appears to be a more than impressive cabin offering compared to other international charter airlines around the world.

Business Class
In an expectant-but-welcome move the old reclining seats in the previous business class cabin have been replaced with the same seats found in Austrian, Brussels Airlines, Air Canada, Delta, Swiss to name but a few, offering a great amount of personal space for each seat, with each seat also benefiting from direct aisle access. At 22inches wide, the seat boasts a 2m long flat bed when extended with adjustable air cushions and massage function and an impressive 16″ touchscreen. Whilst the colours aren’t exactly screaming out at us in excitement, they are smart, and reserved, and won’t age too quickly.

The cabin class will feature all the standard extras expected for a business class fare including lounge access. Onboard, full meal services with drinks and champagne, along with 40+ on demand movies, 50+ TV shows and a host of music and games options. All perfect for starting your holiday and ending it with a little bit of extra luxury. 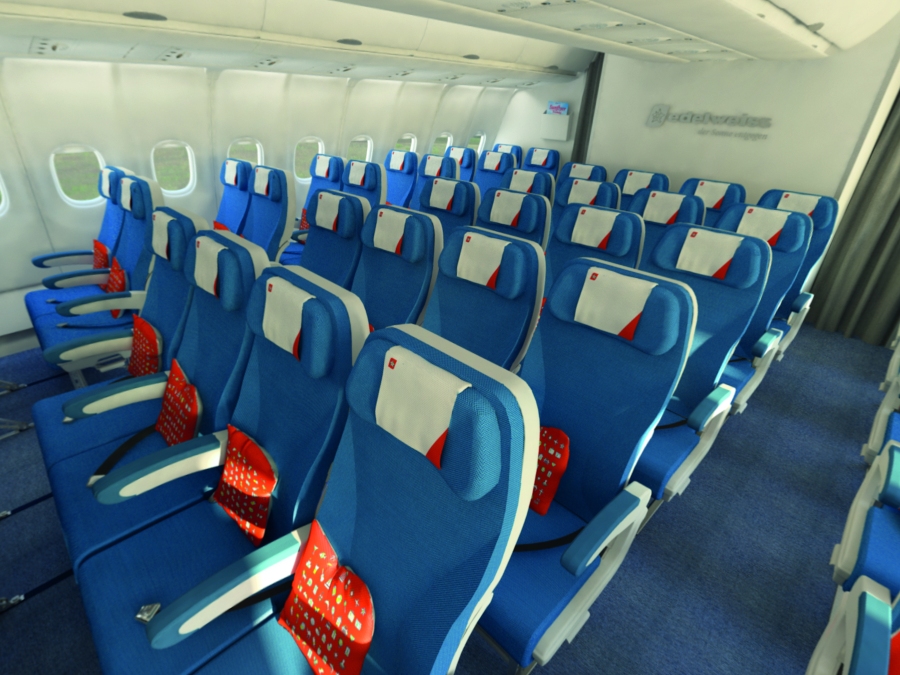 Economy & Economy Plus
Whilst the seat is exactly the same in both of the classes (the only hard product difference being the seat pitch) expect a 2 x 4 x 2 seating arrangement, the decent width seats (almost 20″) offer a modicum of comfort on the long haul, and economy plus can enjoy 35″ seat pitch and free alcohol on the flight, the only noticeable difference from the economy seating with a 30″ seat pitch (perhaps a little bit tight on such a long flight) but the seats are fairly thin, trying to keep legroom to a maximum whilst watching a 9″ screen.

The new destinations
There are even more good reasons to fly with Edelweiss now, with the airline also announcing new destinations, including Las Vegas, Havana, Edinburgh, and a second flight to Tampa Bay. Now, when is our next holiday?….
www.edelweissair.ch/en/