‘The Making Of’ The Virgin Atlantic A330 Bar

When we announced the launch of the Virgin Atlantic Upper Class product on the A330 we mentioned how much we loved the new bar designed by VW+BS, and recently they created a cool time-lapse video showing the design process over the period of 3 years. It’s a fascinating video, showing a natural evolution of the space, with obvious directional changes from the client. We spoke to Ian Macready from VW+BS to find out more about how the bar came to life.

This awesome video showcases a variety of differing designs. Was it a natural evolution to the finished product, or were there redesigns due to client input?
It was both. We worked extremely closely with the in house design team at Virgin Atlantic and the meetings were always lively and engaged. Although there were deadlines to be met, we were also able to explore many options within the process. We had never worked on aircraft interiors previously and this was entirely new to us. Virgin’s team are very knowledgeable and experienced about what can work. Virgin want to bring fresh eyes to the design process and they regularly seek out design studios from outside the aviation field, such as ourselves, to work with. 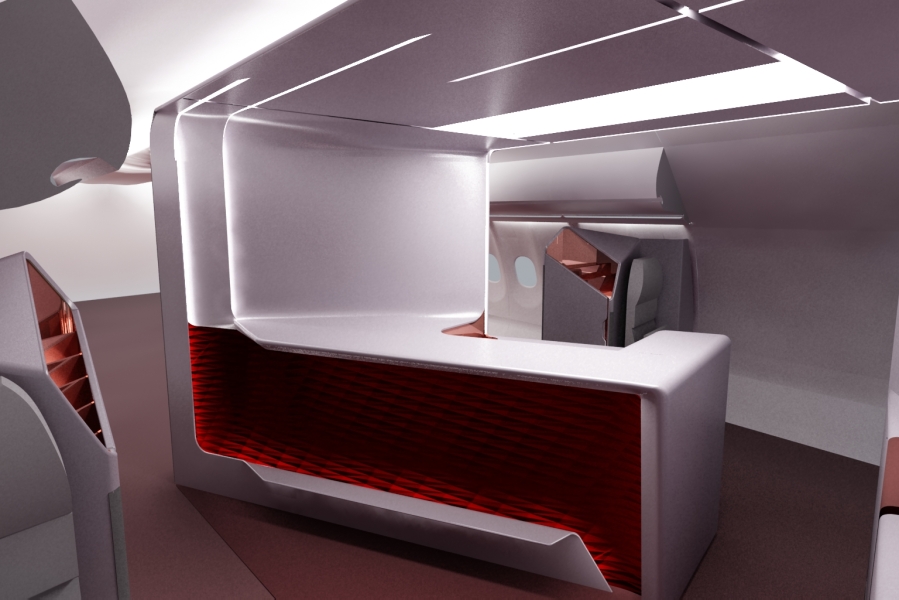 The designs seem to be constrained by a singular space, were you given the dimensions to work from to start with, or was the dimensions formed by part of the design process?
The space was pretty much defined right from the starting point. VAA had an agreed passenger layout for the seating in both Upper Class and Premium Economy and this pretty much defined the space we had. And there is an awful to include in the area. We had to consider waste disposal, wheelchairs, juice cartons, glass storage, ice buckets, coat stowage and the list goes on. That is why there were so many iterations in the design process, to get it exactly right.

Were the materials used in any way a compromise due to the strict regulations found within aviation?
The materials were not a compromise – the bar surface is a concrete veneer which is pretty unusual in an aircraft. Of course every proposed material had to be either rigourously tested or was from an approved list. Of course, with any design, there are parameters within which you have to work but this we consider a challenge, rather than a compromise. The bar stools we think are pretty amazing and we were impressed that VAA were committed to the design we had created.

What was your brief, and do you feel you fulfilled that?
The brief to start with was very open: a bar in the sky that must seat at least three people and the related dining trays. Virgin Atlantic Upper Class is a very aspirational luxury brand and we worked very closely with the Virgin team to understand their brand and we carried out an awful lot of research into luxury trends and their future. The best way to understand whether our design has worked, is to see how passengers occupy the space, and on that score, it seems to have worked.

Were virgin as a client easy to work with? Were they demanding?
Virgin’s design team are great and a very open minded bunch of people. Of course the project itself creates many demands – there are many third parties and outside agencies to satisfy – but the working relationship is still ongoing with VAA. We were working so closely with their in-house design team, it always felt that we were working together, rather than a more typical client / design agency relationship. 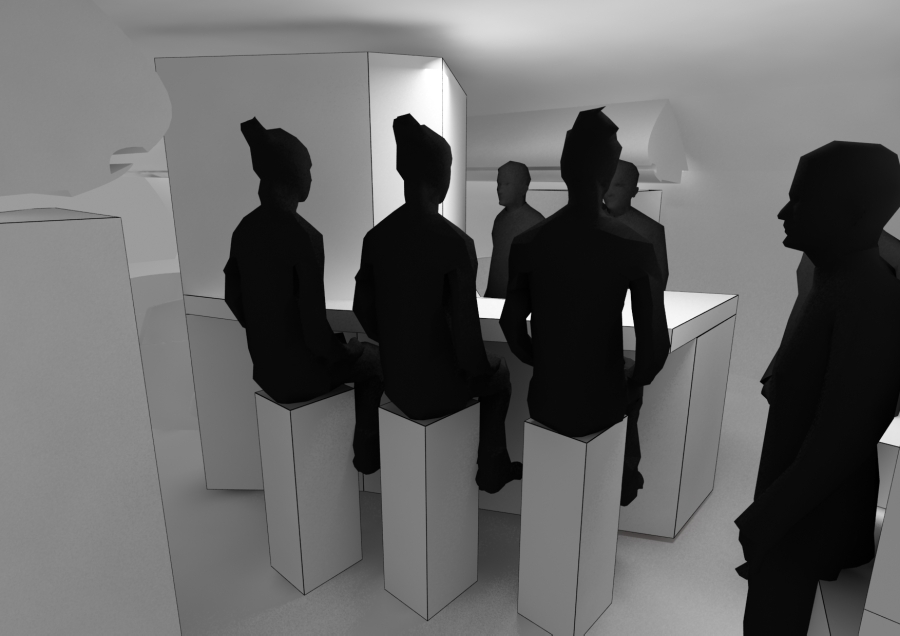 What are your favourite elements in this design? What do you think it is missing, and what would you have done differently now that it’s finished?
Our favourite element is that we have brought a new orientation to the onboard bar – it faces the passenger as you enter the plane –  and a piece of new architecture to the aircraft in that it sits within a pod. We have created a more social space for both crew and passenger on board the aircraft: the cabin crew is not positioned behind a bar, they are part of the space alongside the passenger. We think that this means that it is more convivial and there are many ways of inhabiting the space – on a bar stool, standing at the bar side-on, or leaning or perching on one of the leather covered ledges. It is difficult to know what we would have done differently except that now we know it will be launched next year on the 787 Dreamliner for VAA, in hindsight we would have worked that into the original design. 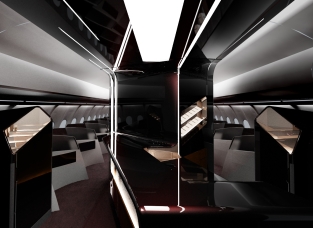 Book your flight with Virgin Atlantic by visiting www.virginatlantic.com