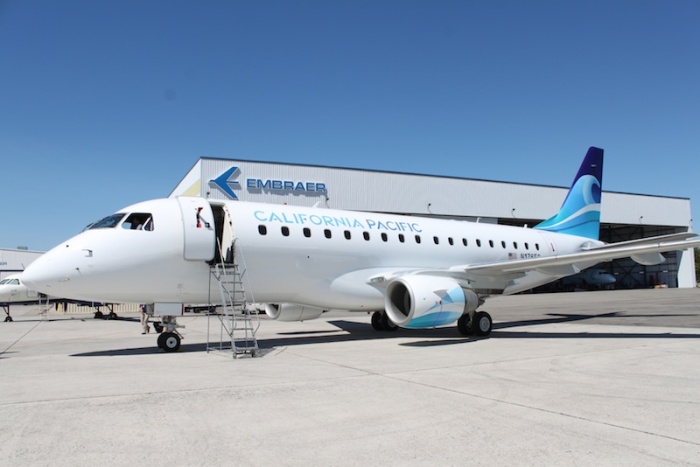 California Pacific Airlines might be a little upstart airline in the Californian sun compared to its rather large legacy competitors, however, the Californian’s do like the underdog. And with that in mind, look at how big Apple is today… perhaps this airline with very small roots could shoot up to become a bit of a legacy carrier itself.

I have a bit of a fondness for this airline, even though it is yet to grow its wings (hopefully starting up October this year). It’s based on a simple promise, run by a board of directors with a huge amount of experience behind them, led by 91 year old Ted Vallas. That said, they sit happily on the ‘challenge’ shelf, determined to challenge those big bruisers of airlines they sit alongside. Positioning themselves, fairly cleverly at Carlsbad’s McClellan-Palomar Airport they are avoiding the big queues, the long waits and expensive car parking rates and making themselves a smart point to point airline, similar to those found in Europe such as CityJet or BA Cityflier. Using smaller jets too, they are able to manage their loads easily, ensure their costs are kept low and hopefully offer a premium, more personal service.

The new, only recently revealed, livery actually is pretty smart, a little retro, and perhaps a bit obvious with the Californian surf emblem emblazoned on their tailfin, but it works. And actually the whole Euro-white design here is clean and contemporary. On smaller aircraft the simplicity of the design really works, especially when set against the clean blue skies of California. The colour scheme is nautical and fresh and sits so well with the environment they operate in. Let’s just hope that housekeeping keep these planes spic and span.

Within 4 years, a fleet of 20 of these little beauties should be flying to 25 cities, if their business plan is anything to go by. Perhaps see a little wave of Californian sunshine headed your way soon!