2019 has already seen a wealth of new product launches and new aircraft deliveries. This means that passengers are starting to experience the latest wave in business class seats and cabins across the globe. While there are many more exciting products on the horizon from Emirates‘ Premium Economy product through to Lufthansa’s new 777 business class product, there are already a range of exciting new cabins that have just started flying that are worth trying out. (That is, if you can find a seat!)

Turkish Airlines used the opportunity of moving to its new home and the delivery of its brand new Dreamliner fleet to upgrade its business class product. While the seat has lost the open, spacious older-generation seats, the new seats replace that openness with privacy and technologically advanced seats that are state of the art. Priestmangoode brought these new Turkish Airlines Stelia Aurora hard products to life.

We will be reviewing these seats at the end of this month in detail, so stay tuned. The cabin is already flying to Bali and Mexico City and Cancun, but will also roll out on routes to New York, Washington D.C., Atlanta, New Delhi, Bogota, Panama City, Amsterdam, Dubai, and London to name just a few. 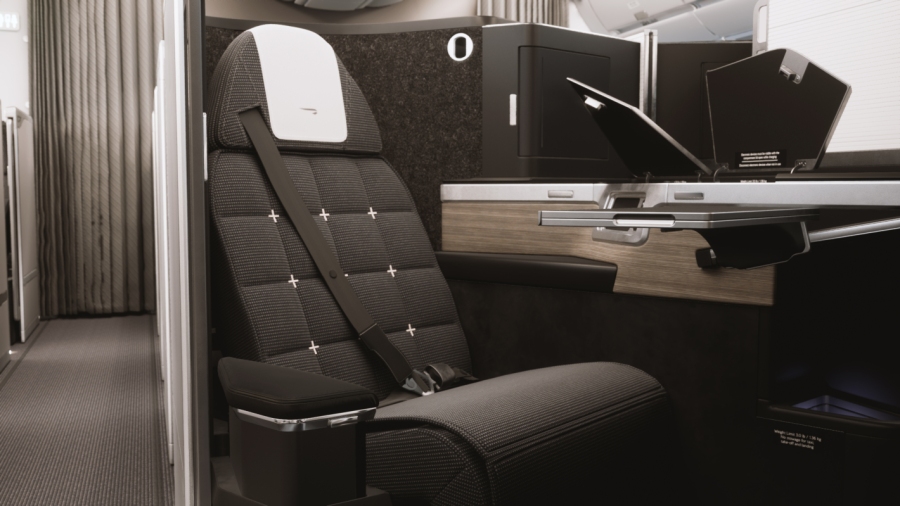 British Airways is finally taking great strides to bring its product up to an international standard, including new dining in premium economy and new closed-door suites. Currently only found in the A350, it is also being retrofitted across most of the fleet over the coming years. The new suite offers all-aisle access, a continued flaw in the previous incarnation of the Business Class product. But going further than it’s oneworld strategic partner American Airlines who offers the same hard product on their 777-200 fleet, BA have included a privacy door.

While the innovation-leading position once seen in BA seems to have disappeared, the product is a significant upgrade and currently can be seen flying on Dubai routes, followed by Tel Aviv, Toronto and Bangalore. It will also be retrofitted on to the rest of the fleet including the 777, of which 4 will be completed by the end of the year, but for your best bet, pick one of the A350-only routes for now. 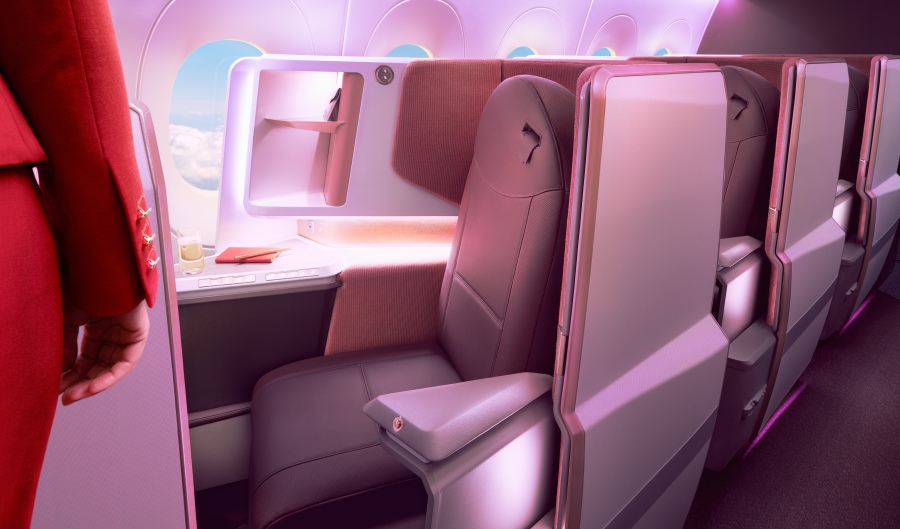 Competing against their rival British Airways, Virgin Atlantic also received their A350-1000 this year. With an equally impressive Suite product, however this one seemingly highly customised. Virgin Atlantic have also moved away from their onboard bar concept, opting for a more social space at the rear of the cabin instead allowing six people to sit and enjoy drinks without the formality of a sit up bar. 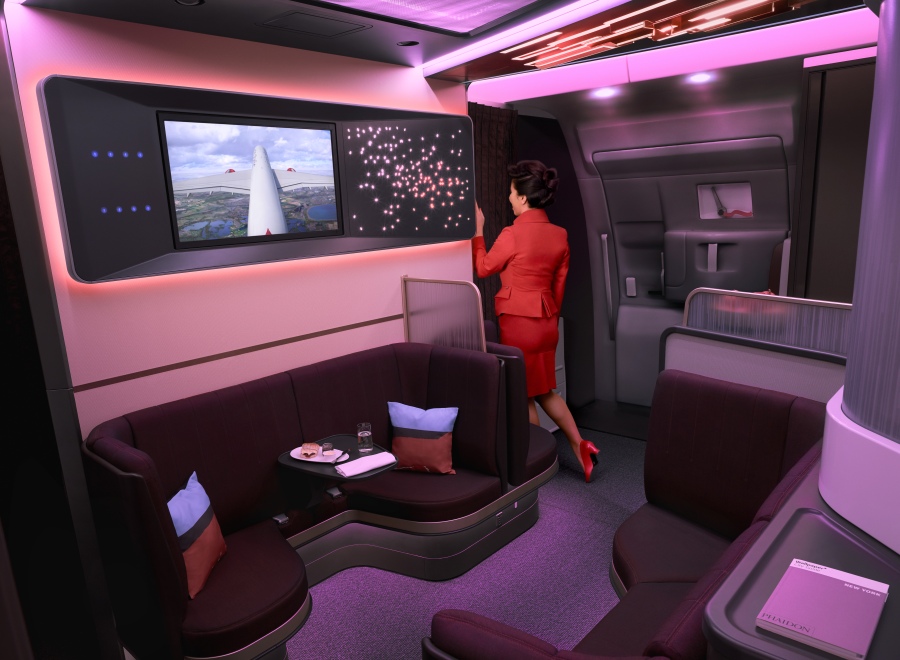 The new seats also allow passengers to enjoy a window view, and all seats, including the middle pairs face to the windows. The seats and cabin bring the essence of Virgin Atlantic to life and certainly set the scene for the airline’s future, although talks of variations of the product on its new A330neo order are already in play. Without the fold over bed, additional privacy screens and larger seats, the A350 is certainly an aircraft to try. We will also be reviewing these seats at the end of this month in detail, so stay tuned.

ANA have completely reworked their cabins, from tip to tail, and their 777s are the first to feature one of the most spacious seats in the sky, brought to life by London-based design studio Acumen and Japanese designer Kengo Kuma.

These seats in a 1 x 2 x 1 configuration are a forward / rear-facing concept that include two sliding screens to fully or partially enclose the seat. The entire seat back reclines to create one of the largest sleeping surfaces found in a business class cabin, and could easily fit two (smaller) people in just one seat, not dissimilar to those found on the old Singapore Airlines business class seats. The super-slick styling runs throughout the cabin, from galleys to new First Class suites, which can also be found on their Flying Honu A380s. Flying a mix of routes, it is easiest to check if the 777 you are flying has the new product by checking the seat map. LATAM, whose ageing 777 product with a 2 x 3 x 2 configuration has been completely reworked to feature a beautiful new cabin product. The new staggered 1 x 2 x 1 configuration gives every passenger aisle-access while injecting a bit of South American flair through the use of materials, textures and soft finishes.

Currently the new product is only available on one 777, which flies between Sao Paulo and Madrid, but they plan on retrofitting the majority of their long haul fleet in just 2 years, meaning that the chances will increase as the months go on. Again, the best way of checking if you are flying on the product is by checking the seat map during the booking process, or using a site like Expertflyer.

Let us know which is your favourite below!