Did Airbus Run Out of Blue Paint? 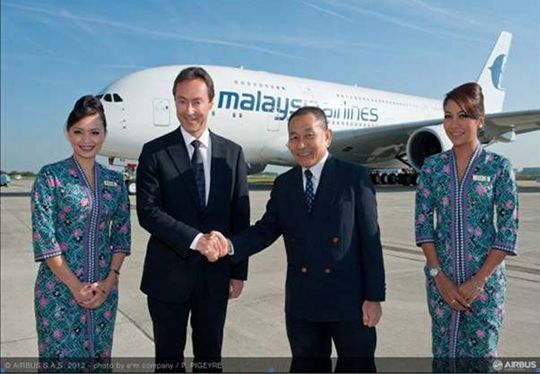 So Malaysia Airlines is the latest airline to get hold of their brand-spanking-new-shiny-flying-office-block of a plane, the A380. Malaysia have been keen to push their product offering forward with the launch of their new fleet of 6 mega planes. On board chef’s for first class passengers, lie flat seats for business passengers and Thales entertainment throughout the cabins create a truly modern product.

What seems to be missing though, is a livery. If you look past the shaking hands and smiling faces, it actually looks like a temporary wet lease aircraft rather than a flagship plane for the fleet. In their original concepts (below), there were two waves of blue adorning the rear half of the aircraft and nacelles, providing a sense of movement and echoing the ribbons that adorned their previous (if shortly lived) livery of last year. There has been much speculation over the livery on the A380, when it was first wheeled out of its hanger a month or so ago, many observers stated that the livery just hadn’t been finished, but it seems they forgot to finish it off. The blue tail fin emblem seems a little high, which would have been balanced by the larger blue ribbons at the back, and the logotype across the livery just looks too simple and unfinished due to it’s positioning and treatment. 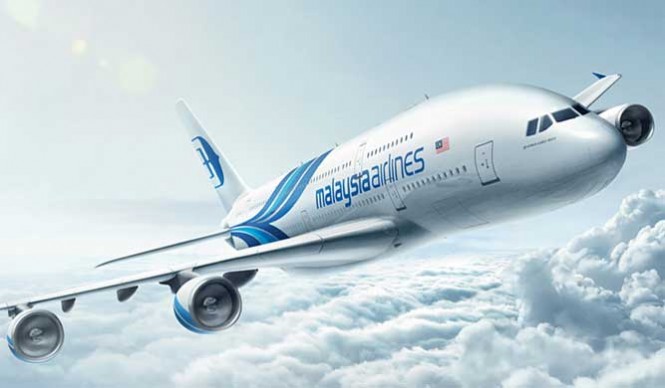 I hope that whilst the plane has been handed over to MAS, the plane is still to be finished, and I can only hope they’ve just ran out of blue paint, and have ordered some more in. What do you think? Does this whole trend of simple modern ‘Eurowhite’ liveries actually work? Japan Airlines, Malaysia Airlines, Finnair to name but a few… Personally I think it’s a shame, and normally I say that the real life product is better than the artists impression, however, this time… I wish I could fly in a photoshop world. If you are looking forward to seeing it in real life however, you’ll be able to see it on the London-Kuala Lumpur route from 1st July three times a week and then daily from August.

6 replies on “Did Airbus Run Out of Blue Paint?”