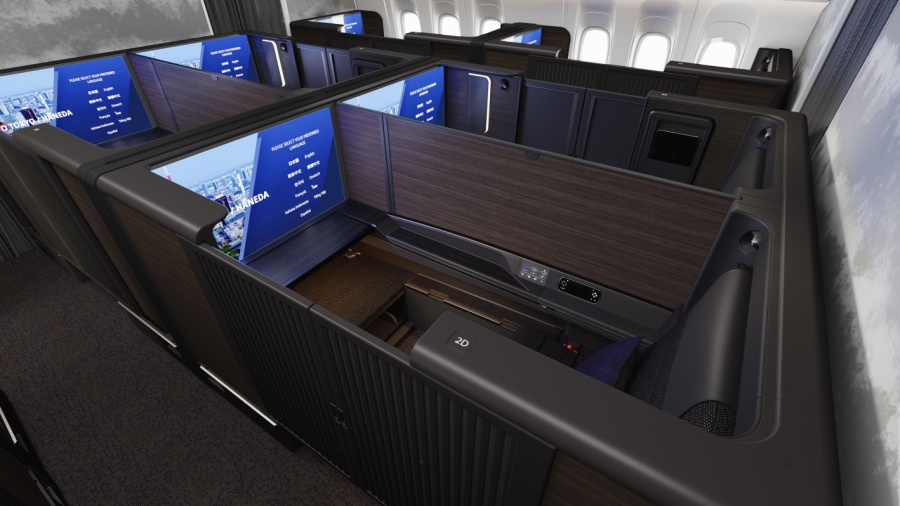 2019 has seen yet another year of great innovation, new products, new airlines, new lounges and new airport facilities across the globe. It just goes to show how quickly the industry continues to evolve and respond to the ever-increasing needs of an airline passenger. 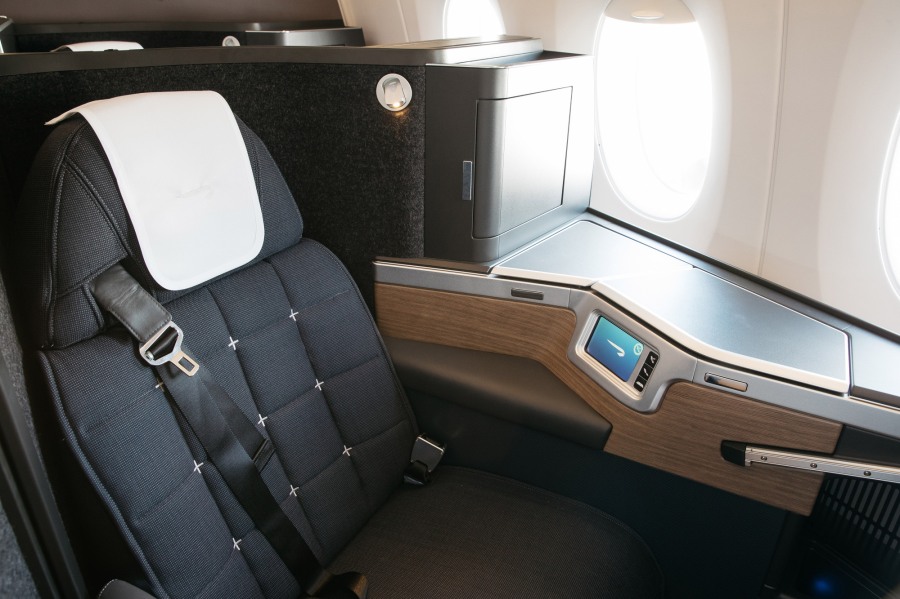 Just before this year, or even this decade, comes to a close, we’ve rounded up some of the memorable moments from the year. That’s not to eclipse all the wonderful new launches we are excited to see next year from all corners of the globe!

1. The rise of the boutique carrier 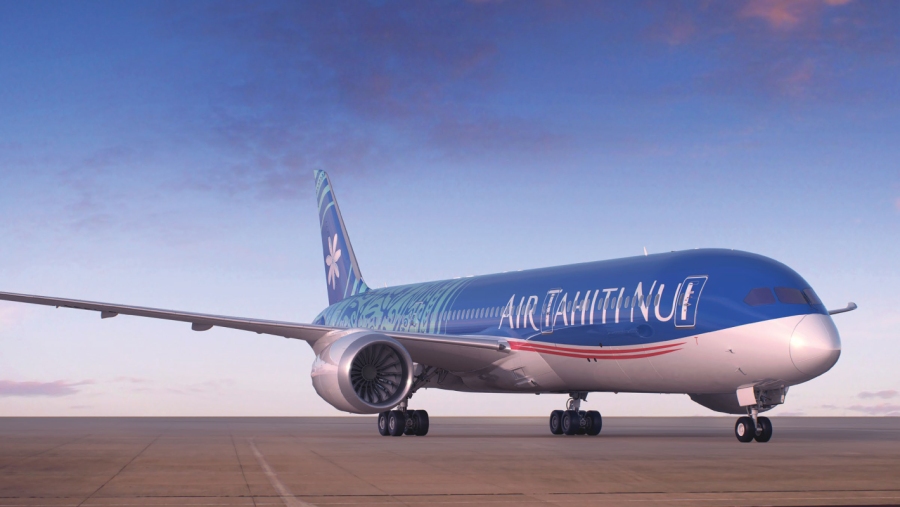 This year has seen many boutique carrier’s come in to their own. From Fiji Airways’ new A350 product including fully-flat bed seats, Air Tahiti Nui and their stunning 787 product take over from their A340s plus new uniforms, Oman Air taking centre stage with their stunning First Class cabins and Gulf Air coming in to their own with new routes and a fantastic new cabin product. 2019 has seen a perception change from these smaller more nimble carriers previously offering lower-rate inflight products to offering equal and in sometimes better products than their larger counterparts.

LATAM’s business class probably took one of the biggest quantum leaps this year, with a new all-aisle access product being rolled out across its 787s, 777s and 767s. The carrier’s business class cabins showcase Latin America with a variety of different finishes and materials, but paired with the carrier’s new dining concept, it’s elevated the carrier to new heights.

3. The battle between BA & Virgin Atlantic’s new A350 products 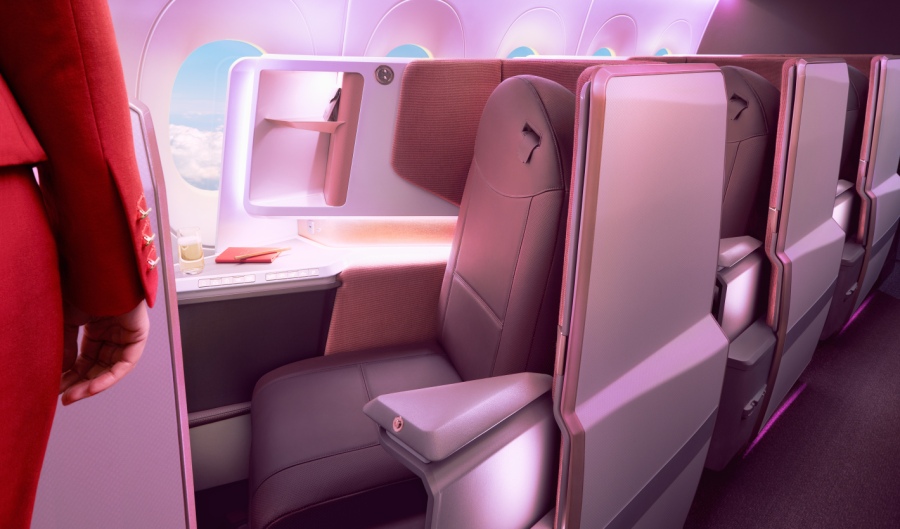 2019 saw both Virgin Atlantic and rival British Airways bring out their A350 hard products, just a matter of weeks apart. While BA opted for an off-the-rack product with a privacy door, Virgin opted for a more customised product with a re-imagined social space. Both airlines have taken different approaches, but both are seen as big enhancements on the existing products, British Airways especially.

One of our favourite trips this year was on Oman Air’s stunning 787-9 First Class. In our opinion, the airline has one of the best First Class products in the skies. We were taken aback by not only the delightful award-winning Teague-designed cabin, but Oman Air’s fantastic service and exceptional cuisine. With the opening of their new Muscat terminal too, including the airline’s new lounges, it was certainly an experience to remember.

5. The birth of a Jewel in Singapore’s Changi

Singapore’s International Airport impressed the world once again with its stunning new land-side shopping and entertainment complex ‘Jewel’ this year. With its iconic waterfall and light show as the centre piece its taken Singapore’s Changi to a destination in its own right, even for those who aren’t flying. This architectural marvel once again cements as Changi as one of the best transit hubs in the world.

ANA this year launched one of the best Business Classes in the skies. The huge seats (over a metre across) have ensured the carrier has leapfrogged its competition. But it’s not just business class that’s had the makeover. First Class on the 777s features the largest 43″ Hi Def screens, both Premium Economy and Economy also have had some love. Already flying on London and New York from Tokyo the carrier’s new product is certainly one of the best ways of flying to Asia, no matter what class you are in.

7. Sustainability from all corners of the globe

We are thrilled to see the industry not only implementing, but celebrating sustainability in the skies. Many airlines across the globe have taken to sustainability full force, including Virgin Atlantic’s new plastic-free amenity kits, Etihad’s first single-useplastic-free flight and SAS’s new sustainable meal boxes. All the applications aren’t just a gimmick, but have brought design sensibilities with them too. The future of sustainability was also celebrated by Priestmangoode, whose concept for plant based food containers was featured in the Design Museum in London. 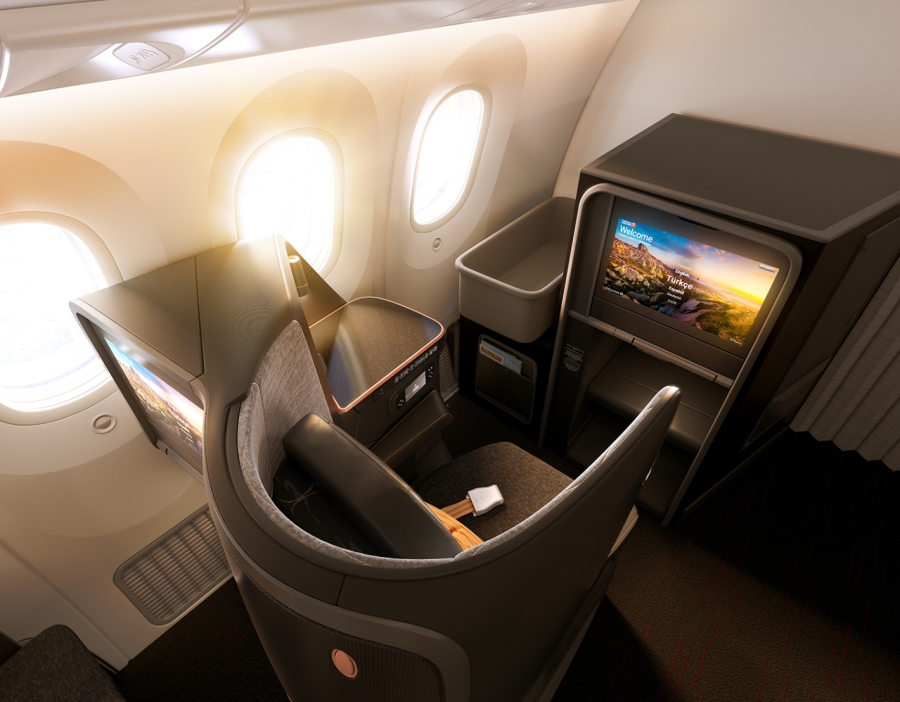 Turkish Airlines saw the arrival of their 787’s and big move to the new Istanbul International Airport this year, giving the carrier a new lease of life. We were happy to experience the new products on one of their latest routes from Bali to give the new business class a run for its money. We were pleasantly surprised that these seats, while less spacious on paper, offered privacy, comfort and a range of technological advancements that made the passenger experience even better.

Small but perfectly formed, Swiss’ new Alpine lounge in Zurich has elevated the carrier to a whole new level, with a culturally sensitive design approach that celebrates its culture and naturally beautiful home, Switzerland. With zero single use plastics, fantastic wooden furniture and exciting minimalist ambience, we fell in love with this new Swiss product, and there’s good reason why it won Best New Lounge at our awards this year.

10. …and the rest of our award-winning carriers this year.

But is wasn’t just Swiss to win the awards, we are thrilled to announce all of our winners this year at TheDesignAir awards 2019. It just highlights the continued investment in the passenger experience and how it’s not always the major players in the industry that have the best design products.

From all of us here at TheDesignAir, we wish you an amazing New Year and an exciting start to the next decade of passenger experience enhancements.