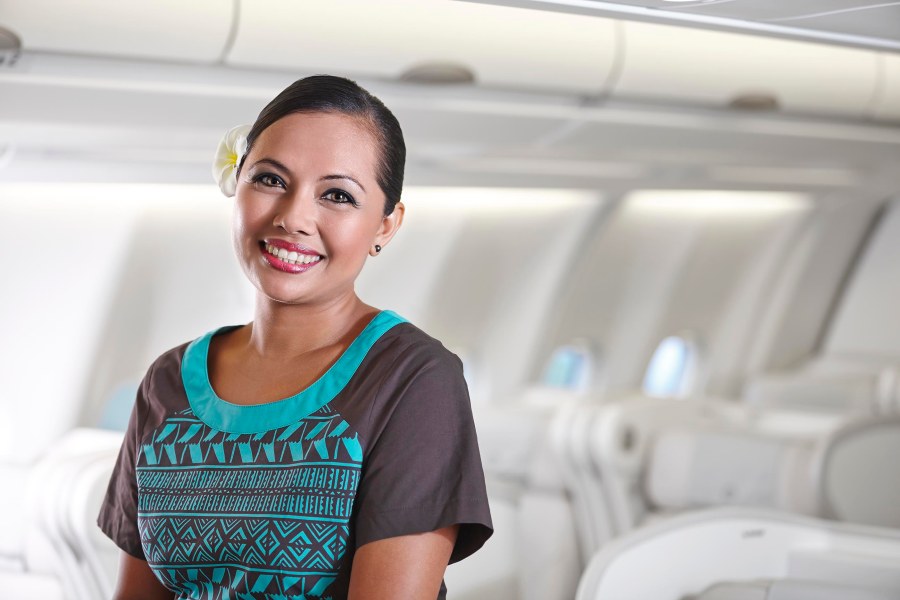 Our friends, Fiji Airways, have announced the latest stage of their rebranding excercise, bringing back the original glamour and authentic of their previous incarnation of the airline. The carrier on Thursday 27th June, relaunched itself worldwide as Fiji Airways, retiring its ‘Air Pacific’ brand. The defining moment, was the reveal of the new uniforms, created by designer Alexandra Poenaru-Philp, which were selected from a pool of Fiji-based designers after an extensive selection process.

As stated in their press release, “The striking new uniforms, stylised to the Fijian attire of Sulu Jaba and Bula wear, reflect vibrant aqua colours, to present a balance with the new Fiji Airways’ cabin interiors featuring sophisticated, earthy tones of Fiji. The aqua contrasts with the colour brown which now forms a key part of the airline’s brandmark and identity.” Here at Thedesignair, we have to agree, whilst the uniforms don’t have the polished tailoring style that many airlines try to emulate, the uniforms, are friendly, relaxed, modern yet authentic, and add a new dimension to the cabins. The relaxed look is very fitting for what is largely leisure traffic.

“The new airline branding is seeking modernity while keeping the traditions of Fiji alive … So we determined that re-visiting the sulu jaba (traditional Fijian attire) for women and the Bula shirts for men, in a very modern way, would be the best way to respect this tradition and modernity.” says Poenaru-Philp, who is also designing uniforms for Laucala Island, our number one destination for 2013.

“The key requirements for our new uniforms were that they had to stay deeply rooted in the Fiji Airways’ brand and remain true to Makereta Matemosi’s stunning masi artwork,” said Aubrey Swift, Fiji Airways’ Acting CEO. 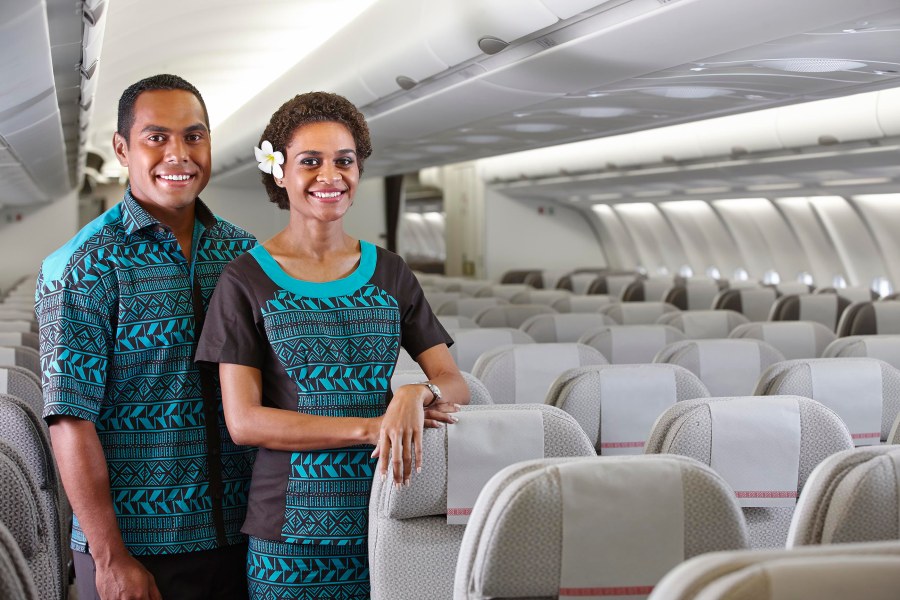 We are going to be reviewing the airline’s product very soon, and will report back on the whole experience. In the meantime, let us know what you think of the uniforms!